When it pours, move your car to higher ground

An aerial view of the flooded section in Jalan P. Ramlee, George Town, after the four-hour downpour.

WHEN Penang and several northern states were hit by the big floods last November, a retired civil servant staying in Jalan P. Ramlee saw his car submerged in water.

After more than eight months, the man who wished to be known only as Lim said his car was still under repair at a workshop in Kajang.

When flash floods hit his neighbourhood again yesterday morning, he managed to move his newly bought car away from the rainwaters.

“When I went to the toilet, I was shocked to find the water had almost flowed into my house.

“I thought it was only a slight drizzle.

“I was unable to send my son to school as the area was flooded as well,” he said.

Lim, 56, said he was still reeling from the losses suffered in the devastating floods in November. The state Fire and Rescue Department personnel monitoring the situation on a boat and helping rescue those stuck in the floods along Jalan P. Ramlee.

“My first car is still undergoing repairs in Kajang as there were no mechanics here who know how to fix it.

“Luckily this time, I managed to move my new car out in time. Or else it would have suffered the same fate as my first car,” he said, adding that part of the car tyres were already submerged in waters before the rain stopped.

Thousands of residents in low-lying areas were hit by an early morning flood after a four-hour continuous downpour which started at 2am.

The water level was knee-deep in some areas, and the situation was made worse by the high tide yesterday. 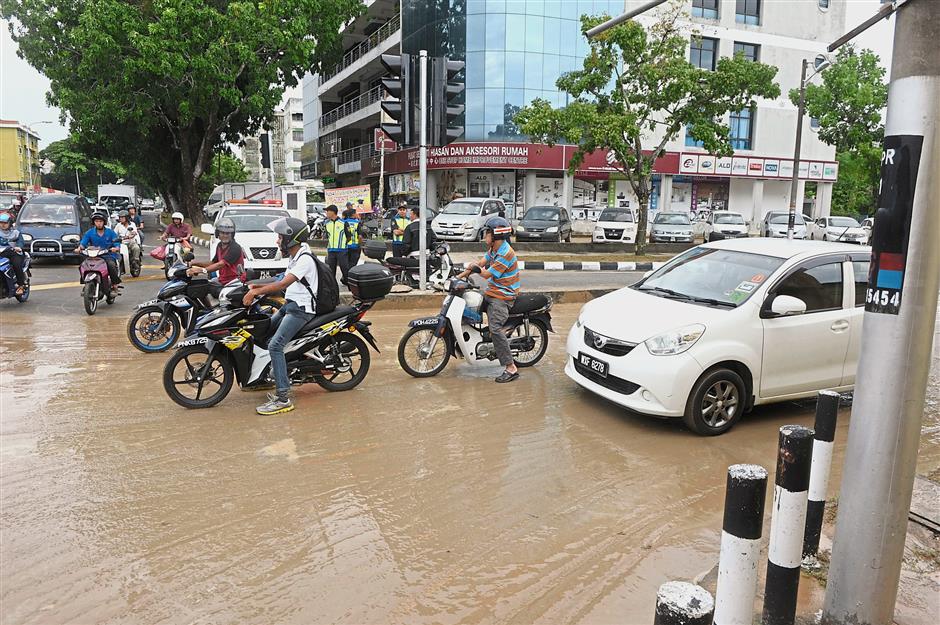 Vehicles stopping at a traffic light junction in Jalan P. Ramlee where muddy waters are flowing.

Many people were seen cleaning their houses after the floodwaters receded yesterday.

Mechanic Gan Chu Seng, 59, said his office in Jalan P. Ramlee was inundated in floodwaters as high as two inches.

“Thankfully, none of the cars in the workshop were damaged as we moved it to higher ground before it was too late.

“I just hope the problems will be resolved once and for all. For now, all I can do is to move the cars elsewhere whenever there are floods,” he said.

Joseph Kang, a resident of Jalan Lumba Kuda in Ayer Itam, said he was alerted by the flood warning siren after the waters had reached a certain level.

“The siren went off at 2.30am, and immediately my girlfriend and I moved our vehicles to a safer area. 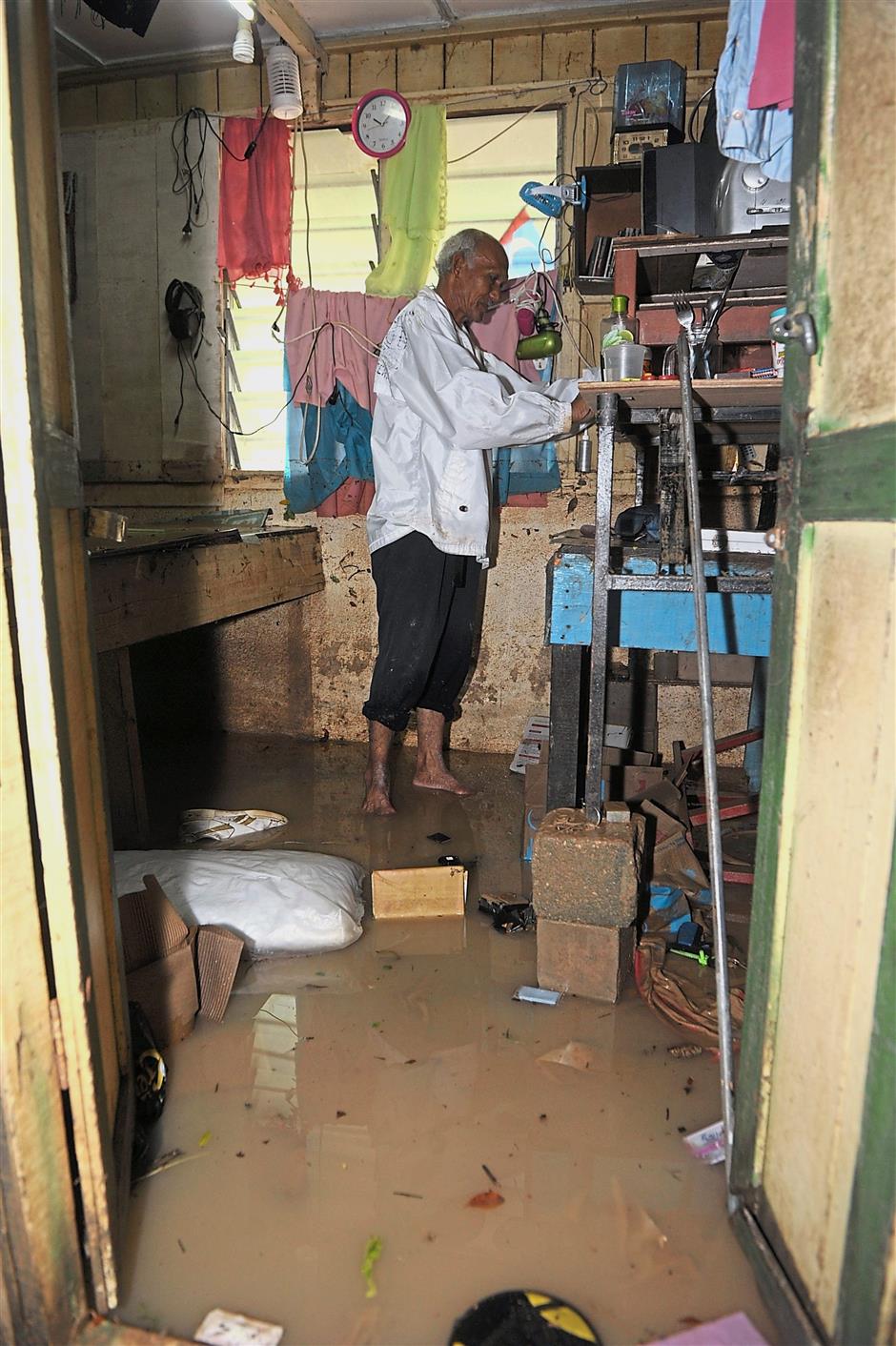 Samat Wan Chik, 73, inspecting some of the furniture in his house at Jalan Rawang off Jalan P. Ramlee after the flash flood.

“I plan to place wooden barriers at the main gate and house entrance to prevent the water from seeping into my home,” said the 24-year-old.

Senior sales manager Irene Suan, 47, said her entire neighbourhood in Lorong Khoo Hye Keat was submerged at around 3.30am after the main river behind her house burst its banks.

“As soon as the floodwaters began to rise, my neighbours began knocking on each other’s doors so that they won’t be caught off guard.

“Most of us have bedrooms downstairs. Thankfully, the rain stopped after our houses were inundated in water of about five inches high,” she said.

She added that the residents had learnt from the painful lesson during the floods last November.

“Now, we no longer put our documents downstairs. After the incident last year, we became paranoid whenever there are heavy rains.

“I also plan to build a wall so that the floodwaters will not enter my home,” she said.

“A small landslide occurred near a development site along Tanjung Bungah, and it has since been cleared up,” he said.

“There were no flight or hotel cancellations due to the floods.

“I hope tourists would be alert about the weather changes before proceeding to any kind of outdoor activities, he said in a statement.