Hee (right) handing over a can of mosquito spray to a local resident in Bandar Sungai Long Section 4, Selangor.

RESIDENTS have the most important role in the fight against dengue.

Hulu Langat has the third highest number of cases at 3,477 and four deaths this year, a 62% drop compared to the same period last year.

“The efforts by Kajang Municipal Council (MPKj) and the residents have shown improvement and a 62% reduction is an encouraging number,” Hee said.

The Kajang assemblyman was speaking at a gotong-royong event at Section 4 in Bandar Sungai Long which was part of a simultaneous launch of a nationwide campaign to eradicate dengue.

However, he said, people should not be complacent. 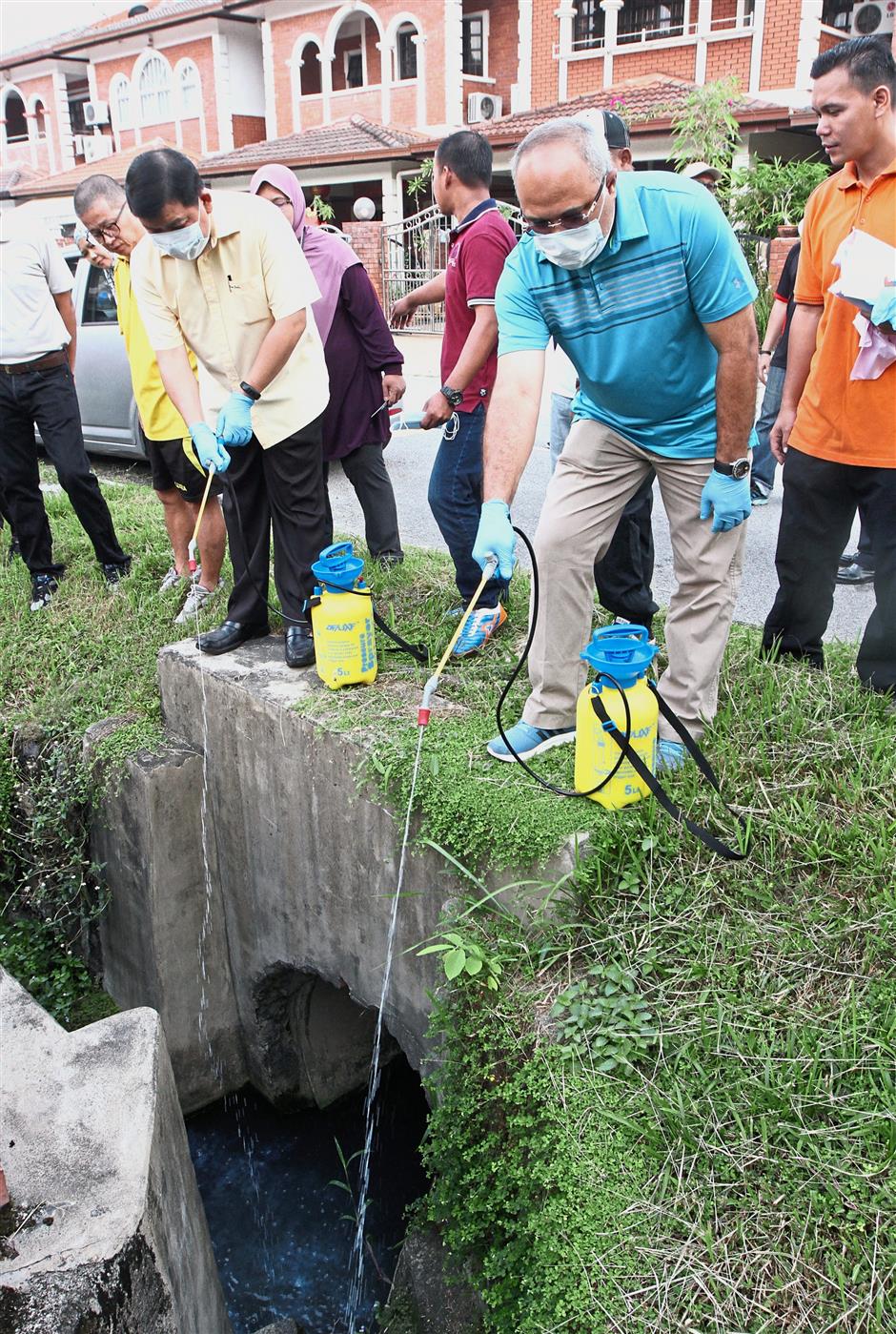 “We need to work harder to further reduce the number of dengue cases here,” he added.

Hee suggested that Kajang residents establish a programme like the Sedar (Search and Destory Aedes Rangers) squads formed in the Petaling Jaya Utara constituency, where Hee was previously the MP.

These squads comprise residents who are trained by the local authorities on how to remove stagnant water in containers and clear up potential Aedes breeding sites in their neighbourhood.

“The council can provide support but it is the residents who have the most important role to play in the fight against dengue,” Hee said.

MPKj president Mohd Sayuthi Bakar said although the council and the district health office could maintain the cleanliness of public areas, the problem often occurred within the compounds of houses.

“This is why we have to invite residents to help us clean up their compounds and back lanes.

“Dengue outbreaks can happen at any time if we don’t keep our environment clean and clear Aedes breeding sites.”

Sayuthi urged residents to make it a habit of checking their houses and compounds for at least 10 minutes a week.