Logging suspended due to murky riverwater

By MANJIT KAUR And

Orang asli villagers complained about the water quality of Sungai Jumheng after logging activities were allowed to resume.

THE state government is waiting for a detailed report by the Perak Forestry Department regarding the polluted river near the Pos Kemar orang asli settlement in Gerik.

Perak Mentri Besar Ahmad Faizal Azumu said while the Perak Forestry Department conducts its investigations in the area, all logging activity would be temporarily suspended.

“We will identify the source of pollution in the river as I have also received a report about the contaminated water supply.

“I have asked the department’s director to hasten the investigation and report back to me as soon as possible,” he told a press conference.

Ahmad Faizal said that logging, which had been halted for seven months since last December following a protest, had resumed after a meeting.

“The meeting was conducted by the state Orang Asli Development Department (JAKOA).

“In the meeting, it was decided that the project would continue and this caused the river water to turn murky,” he said. 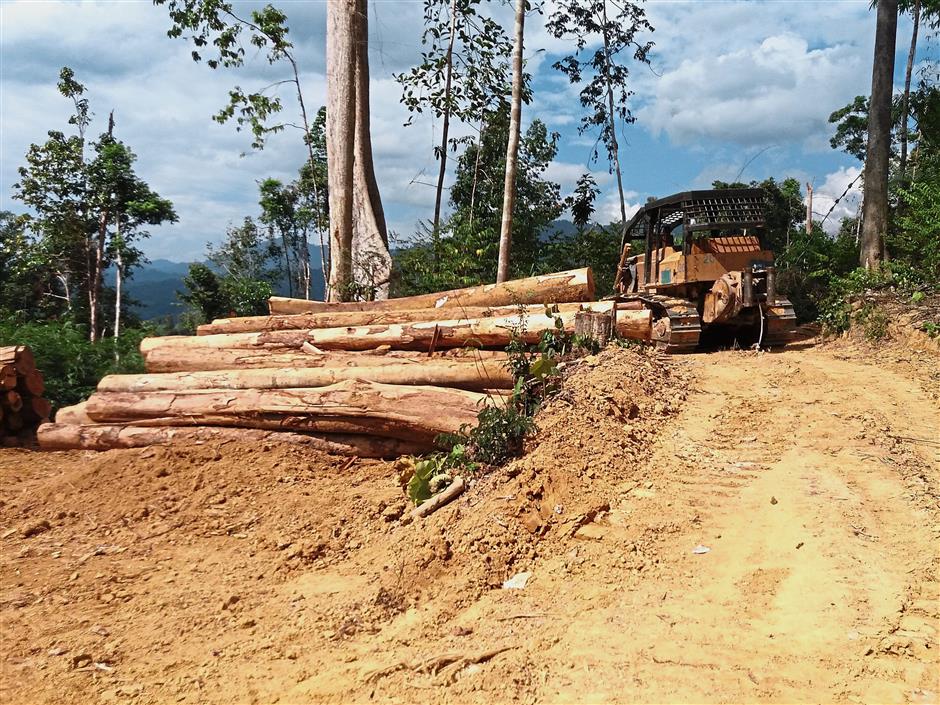 Logs seen stacked near a logging site near the Pos Kemar orang asli settlement in Gerik.

Ahmad Faizal said the logging was part of a concession licensed to 10 companies between 2008 and 2009 on a 1,966ha piece of land in Temengor.

“It was for the development of a housing settlement for the orang asli and a rubber plantation under Risda.

“Currently, nine projects have been completed while one is still underway,” he said, adding the area licensed under the last project was about 186ha in size.

Ahmad Faizal said those appointed to the council possess vast experience in various fields and their appointments was finalised during the exco meeting.

“The Pakatan Harapan-led state government welcomes their contributions, as well as their views, for the betterment of the state.

“This council was set up to help encourage investments into the state more aggressively, spur economic growth and create more job opportunities for locals,” he said.