THEY came in with style and dazzled the audience with a vibrant performance before walking away with the US$15,000 (RM60,915) cash prize as winners of the 13th Genting World Lion Dance Championship.

For winning team Kun Seng Keng Dragon and Lion Dance Association Muar, this was also their 11th win out of the 13 Genting World Lion Dance championships so far.

As defending champions, the team was not required to go through the two days of preliminary rounds. Instead, they went straight into the competition rounds over the three-day event held between July 20 and 22. 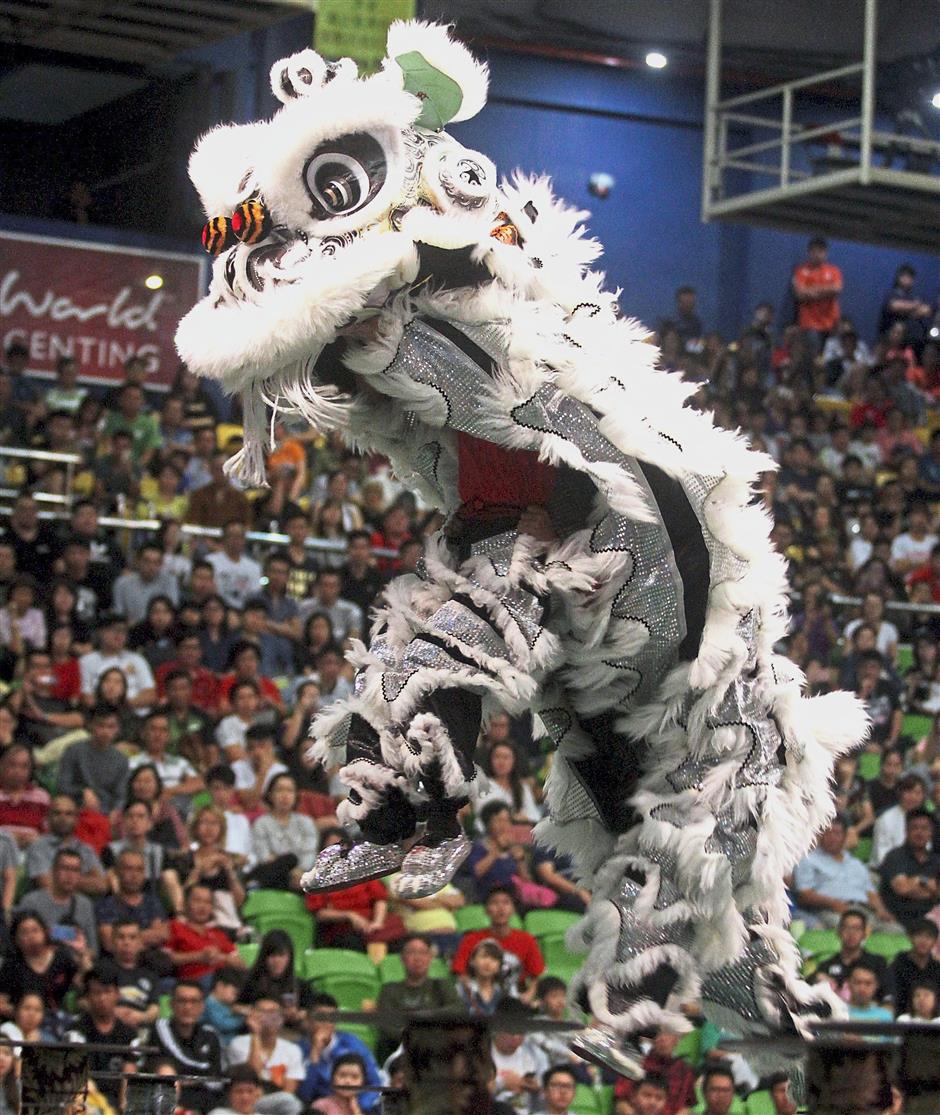 The winning team performing a breathtaking stunt during their well-choreographed routine.

A total of 36 teams participated including two other teams from Malaysia, out of which the best 11 teams qualified for the finals after the preliminaries.

The Muar team grabbed the attention of the audience when its team members appeared clad in football attire, wearing jerseys and shorts.

Then, they unveiled a giant football, leaving the audience puzzled as the lion was nowhere to be seen.

However, a big applause broke out among the audience of 3,000 at the Genting Arena when the lion made its sudden appearance from a box beneath the football. Participants from the Alumni Organization of Yinge Junior High School from Chinese Taipei showing off their balancing prowess.

He said they had wanted to create a vibrant mood among the audience as expectations were high.

“However, I am glad our performance was on par with the glamorous appearance we made,” he said, adding that the team members worked doubly hard to prepare for the championship. Team members of the Kun Seng Keng Lion and Dragon Association Muar appeared in football attire with a giant football, much to the delight of the audience.

Genting Malaysia Bhd promotions and entertainment vice- president Kevin Tann said this year’s event was successful with a packed, vociferous crowd of 10,000 people watching the performances at the arena over all three days of the competition.

“Ten teams scored over nine points to make it to the finals and this is the first time it has happened.

“It shows the standard of the championship has increased,” he said. 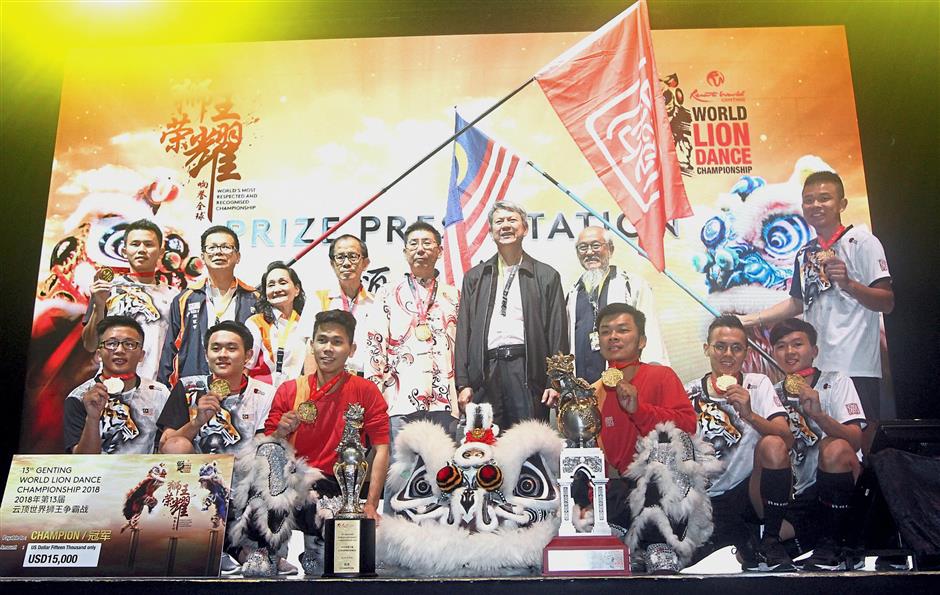 “Our championship could be considered as the ‘FIFA World Cup of lion dances’ in terms of its prestige,” he added. 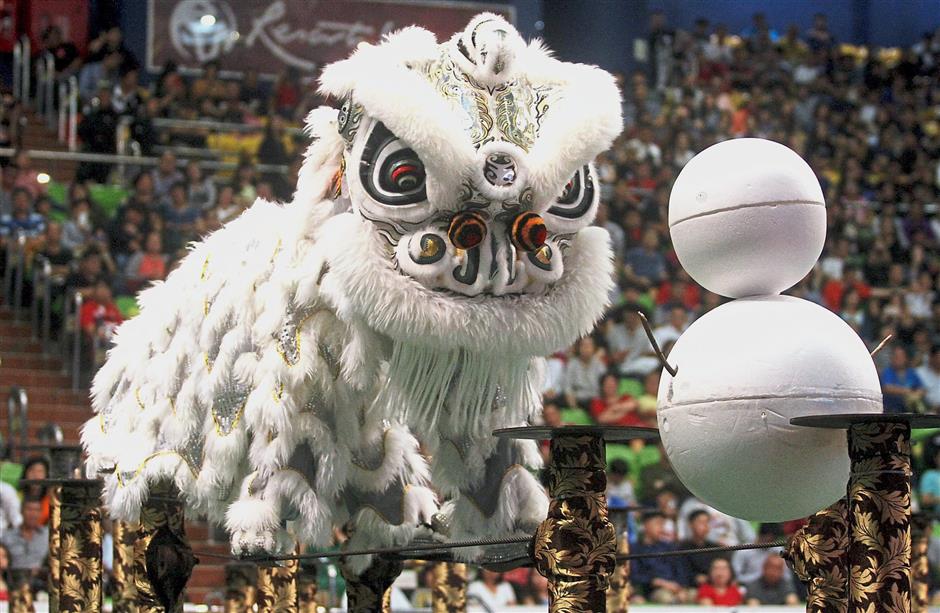 The Alumni Organization of Yinge Junior High School from Chinese Taipei clinched the second prize to walk away with US8,000. 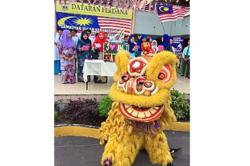 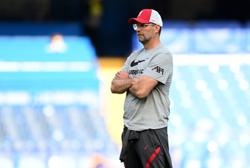 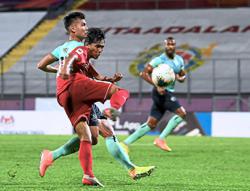 From cubs to Lions