Colours of love for the country

REDISCOVERING your love for Malaysia through the eyes of another person is always a beautiful adventure, but at the Rasa Sayang Malaysia Art exhibition, you get to experience that feeling seven times over.

Commune Art Gallery in Petaling Jaya has brought in seven artists to present artworks of Malaysia through their eyes.

They all associate their patriotism to events and things that have touched them throughout the years – be it music, flora, fauna or landscape. This love for the country has prompted the group to contribute part of the sales proceeds to Tabung Harapan Malaysia as well. 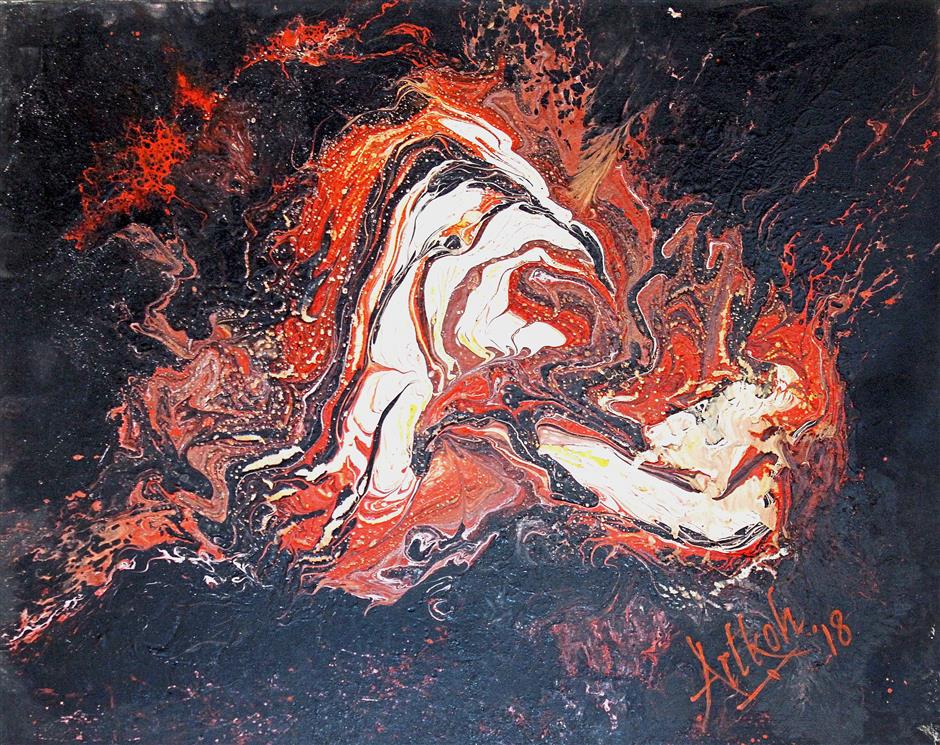 Always A Leader is Koh’s interpretation of Dr Mahathir reprising the role of prime minister.

The group is connected through Foo, who is also an art teacher of more than 22 years.

Foo, who hails from Miri, Sarawak, specialises in imaginative, conceptual and creative pieces. In this exhibition he presents work that weaves through the social workings of a community in a subtle message.

“I have a painting of a fish, encircled by lips fading into the ocean blue waves. For me it is a reminder of the people and their gossips, how the community makes or breaks a country,” he said.

Choo on the other hand, has put together her love for music and arts together in her paintings.

She has been actively learning music for the last 10 years and is adept at playing the mandolin – a Chinese musical instrument.

She carefully draws in elements of Malaysia with Indian, Malay and Chinese influence in each painting. 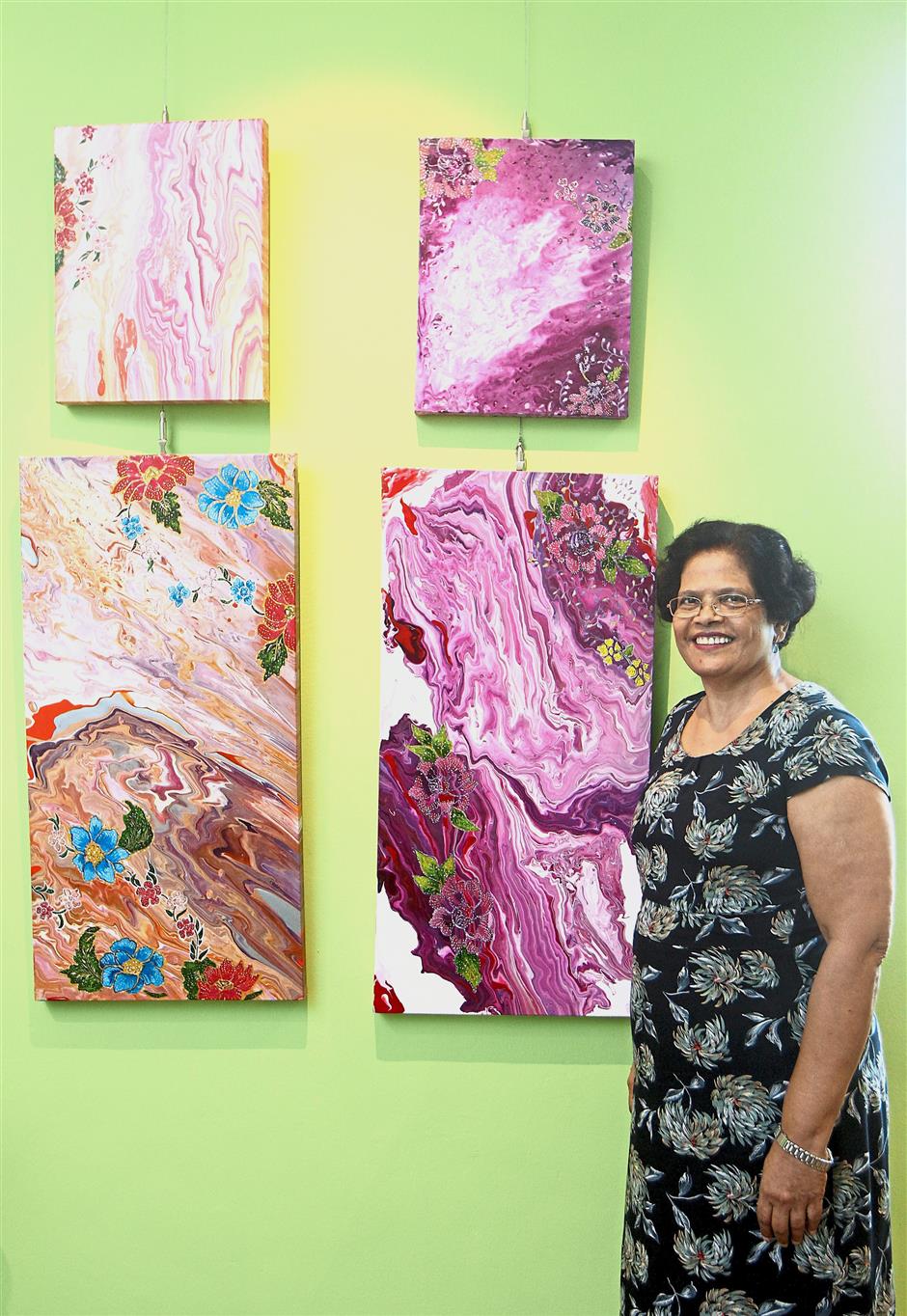 Fong on the other hand uses two different approaches to her work – 3D art and paintings.

The Penangite usually starts with a 3D piece before painting her finished work on canvas for a different feel.

Her work usually revolves around animals as she has a soft spot for them, but she is also famous for her landscape works as well as figurines.

Each painting comes from her imagination but the outcome is a creative mesh of strokes and creative flair.

Low is a girl who grew up near the beaches of Kuantan, Pahang before moving to Port Dickson, and this has clearly inspired her art.

Her work often depicts the underwater world of Malaysia especially turtles that are synonymous with several Malaysian beaches.

“I used to have a small toy turtle and I was very fascinated by it, I used to draw it and tried to understand the fascinating creature,” Low added. 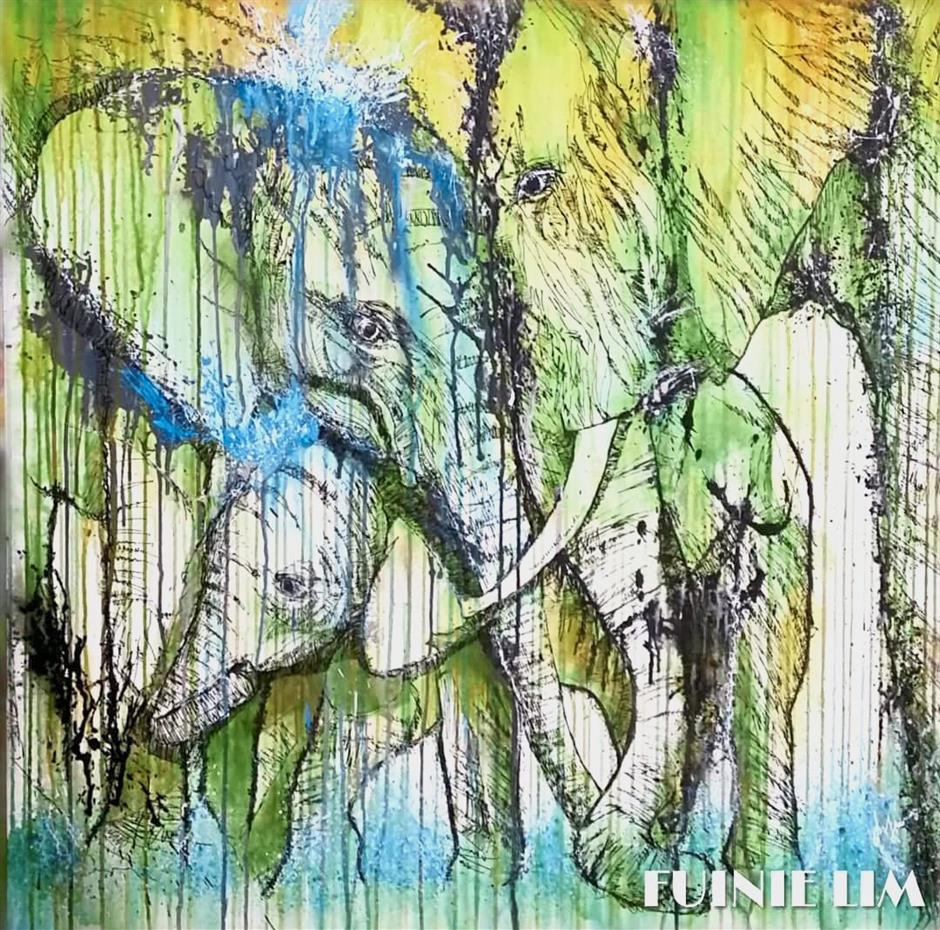 ’Loving Family Shelter’ by Lim, who is fond of painting families.

As for Lim, she is fond of painting families, although the depictions are often of animals, as she firmly believes that families are the nucleus of society.

Amid the flora, fauna and landscapes is a series of paintings by self-taught artist Lazar, who brings her love for batik on canvas.

For Lazar, who began her artistic journey a little late in life, batik is the perfect symbol of Malaysian culture.

She uses a new technique called the pouring method before adding batik motifs on top. The effect is a flow of vivid colours, reflective of Lazar’s vivacious nature.

She has a few profound pieces called the Ibu series that was inspired by Lazar’s daughter. Foos The Leader Will Stand Out is a reminder of the people and their gossips, and how the community makes or breaks a country.

“I painted the piece after I saw my daughter holding her child for the first time. I was moved by that scene and came up with Ibu,” added Lazar.

While the rest of the artists conceptualised their feelings for Malaysia in subtle messages, Koh on the other hand had more political connotations in his strokes.

He contributed three pieces called “Always A Leader”, “Resounding Victory 509” and “The Malaysian Social Fabric” to the exhibition.

“It depicts Mahathir (the older horse) leading the team again at the age of 93. Following close behind is a younger, smaller horse looking for guidance. I used red against black background for vibrancy,” he added. 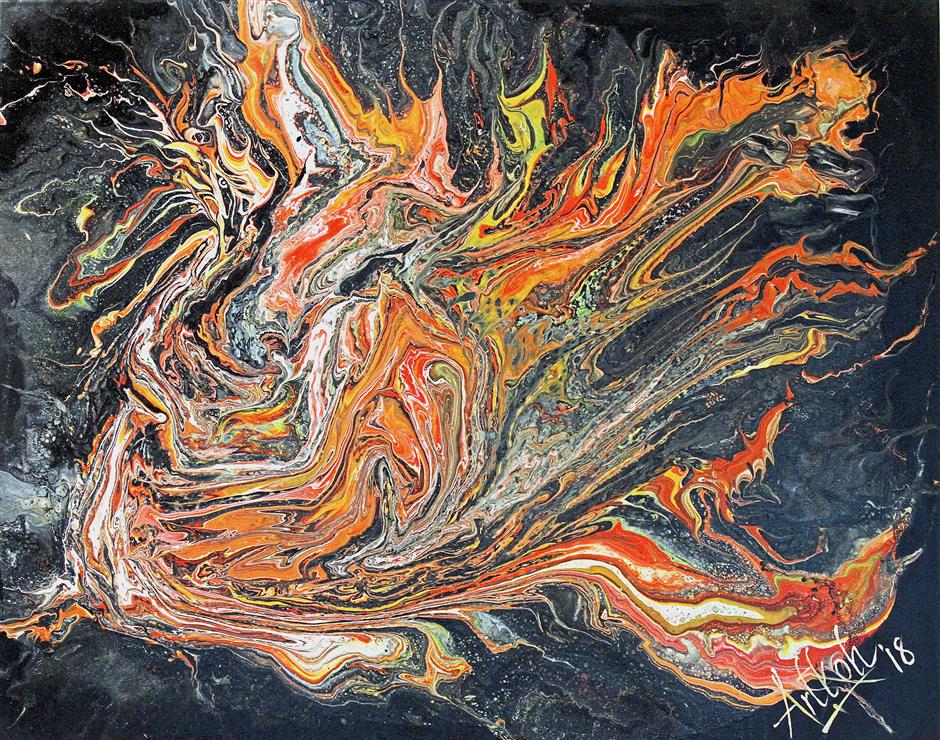 Koh likened the change of government to the phoenix rising from the ashes.

“Resounding Victory 509” on the other hand describes the overthrowing of a 60-year-old establishment. The fluttering strokes symbolising the resounding excitement and jubilation of the people who made the change possible.

Koh likened the change of government to the phoenix rising from the ashes that is forming a new beginning.

“The Malaysian Social Fabric” on the other hand shows racial harmony through the interwoven colours and mingling lines producing a picturesque harmonious racial coexistence.

It will run until July 29. The gallery's opening hours are Monday to Friday, noon to 8pm; Saturday and Sunday, 11am to 8pm.