CITIZENS have been praising Youth and Sports Minister Syed Saddiq Syed Abdul Rahman for taking the initiative to clean up Bukit Jalil Stadium after a football game earlier this month.

Many of those interviewed by MetroPerak felt that Syed Saddiq’s action should not only be emulated during such occasions but practised daily until it becomes a habit.

“The world knows about what the Japanese did during the 2018 FIFA World Cup and many people in other countries are emulating that, including our minister.

“This is a step forward to educate the people to do the same as it is everyone’s responsibility to keep the area or the place they visit clean at all times,” he added.

He said education was the best way to prevent youngsters from littering in the future. Some neighbourhoods organise gotong-royong to clean up their areas.

“Most of the time, it is the parents who litter and their children pick up the habit.

“This is why I believe the practice of not littering and picking up rubbish should start in school,” he said.

“Awareness through education is the best way to inform youths of the consequences of littering and how it affects the environment,” he added.

Clad in a black and yellow Harimau Malaya jersey, Syed Saddiq was seen clearing garbage in the stands after watching the FA Cup final between Selangor and Pahang. The cleaning up was caught on video.

His action has been compared with the Japanese football fans who stayed behind to clean up stadiums in Russia after the World Cup matches involving their team.

The minister was not the first public figure to be spotted collecting rubbish in a public place as former Perak mentri besar Datuk Seri Dr Zambry Abd Kadir got his hands dirty last year when he took part in a clean-up operation. “If there are a lot of rubbish bins in the area, people should be disposing their garbage properly.

“It is everybody’s civic duty to ensure their own rubbish is discarded properly and not end up in drains or the side of the road,” he said.

“Ipoh used to be the cleanest city in Malaysia, so I hope someday we will get back that status,” he added.

Senior customer service assistant Vivian Ong Shi-Min, 26, said although it was not Syed Saddiq’s job to pick up the rubbish, it was his responsibility.

“It is everyone’s responsibility to clean up after themselves as well as pick up rubbish that should not be left there.

“The minister could have chosen to assign his staff to collect the rubbish but instead, he did it himself,” she said.

“This shows that everybody has a part to play when it comes to having a better and cleaner environment, even the ministers,” she added.

“Drivers tend to toss them onto the road and this can cause a fire as well as road accidents.

“There are also times when adults would spit along the roadside outside of restaurants,” she said, adding that the unsightly habit should be stopped.

Ong said citizens should be punished immediately when spotted littering in public places.

“Most Malaysians do not take warnings seriously so penalising them would be good.

“The law in countries such as Singapore and Japan are strict when it comes to cleanliness and I believe Malaysia should have the same set of regulations in order to ensure a healthier environment,” she said.

“Litterbugs should be fined and made to clean up the affected area,” she added.

Customer service coordinator Ng Leok Eng, 48, said Syed Saddiq set a great example to youngsters about picking up after themselves.

“Individuals littering on street corners as well as roadsides are setting a bad example as young ones believe that these actions are acceptable,” she said.

“Parents should sit down with their children and explain why they should not litter as well as practice the act of picking up rubbish in public places,” she added.

Ng said she often picks up rubbish left by other people when she goes out.

“When I collect papers and tissues on the ground, I sometimes wonder if what I am doing is a health hazard as these could have germs,” she said.

“As a result, education about the importance of picking up after yourself should not only start in school but also at home,” she added. 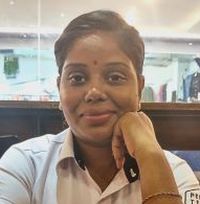 Kasturi says awareness is crucial and citizens need to take care of the environment.

“The problem is that not many people know that littering is an issue.

“For instance, I once saw a plastic bottle thrown out from a car window on the streets in Taiping.

“When I honked and told the driver to pick it up, he quickly knew that what he did was wrong,” she said.

Kasturi said awareness was important to prevent people from littering in public places.

“Individuals need to know that there will not always be someone else to clean up after their mess.

“Citizens need to act as if the country is also their home and they should start taking care of it,” she said.

“If the public are more aware of the effects of littering, I am confident that they would step up and do the right thing,” she added.