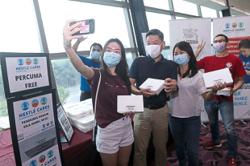 Lee (left) and Choong (right) presenting a mock cheque for RM12,000 to MareCet co-founders Dr Louisa (second from left) and Fairul (second from right) during the media familiarisation trip in Langkawi.

1 UTAMA Shopping Centre has contributed RM12,000 to the MareCet Research Organisation to highlight the importance of protecting dolphins in Malaysia.

The funds were raised through the mall’s Feed-The-Fish and Recycle-A-Bottle “Go Green” community projects.

“Many do not know that there are dolphins in Malaysia. With this contribution, we hope to educate mall visitors of this interesting fact,” said Lee.

“Humpback dolphins are born grey, but gradually lose their grey pigmentation and turn mottled pink or completely pink as they mature,” she said.

Dr Louisa said they had also spotted Irrawaddy dolphins in Perlis while Bottlenose dolphins with sizes ranging from 3m to 4m, were found in Pulau Payar. 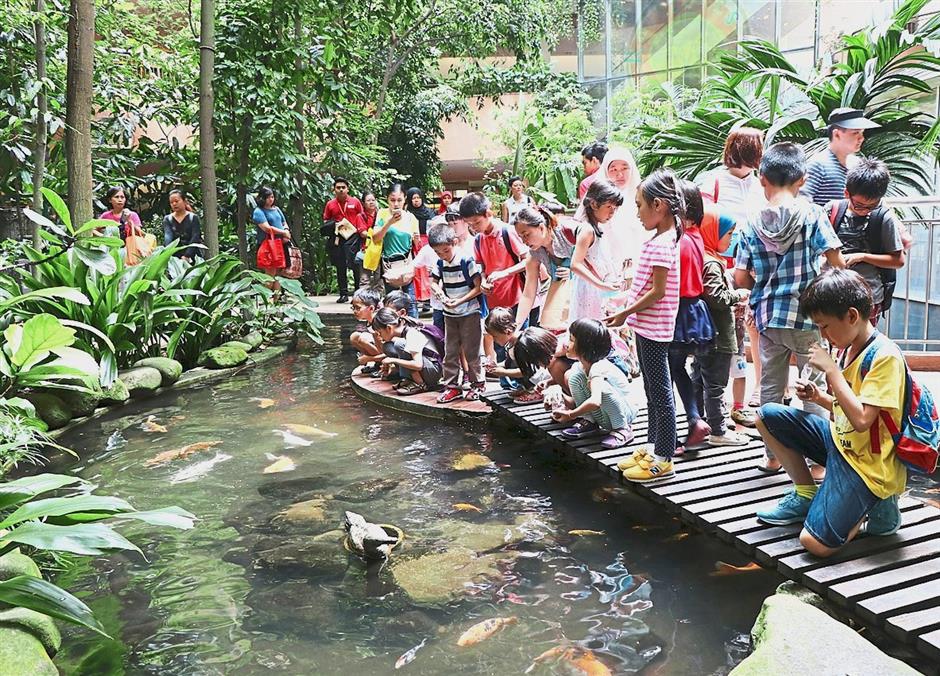 “Our job will not be done until everybody is aware about these aspects,” said Dr Louisa, who is also MareCet chairman.

She said people should understand that marine mammals were an essential part of Malaysia’s natural heritage and biodiversity, acting as indicators of the health of the seas and indicators of change in the marine environment.

Dr Louisa shared that it was disheartening when they found dolphins dying due to plastic pollution while some were injured caused by heavy vessel traffic.

“It is our dream to have more Malaysians trained as marine veterinarians and work with other bodies to conduct health assessment studies on dolphins.

“We need people to be skilful to catch dolphins for health checks and conduct rescue missions,” said the marine biologist.

Dr Louisa said she hoped corporate bodies would come up with funding to assist MareCet to carry out its research activities for marine mammal conservation.

She said at least 27 species of whales, dolphins, porpoises and dugongs had been recorded in Malaysian waters based on live sightings and other records.

MareCet organises public educational day tours to Kuala Sepetang in Matang for participants to see dolphins and gain first-hand experience about its research.

Besides that, she said, MareCet conducts marine education programmes with schools to create awareness of the matter.

Fairul, who is also MareCet vice-chairman, said they were in the midst of training five new researchers.

They also want to meet with government agencies and related ministry officials to encourage the introduction of favourable policies for marine mammals conservation programmes.

Dr Louisa said local communities should be given the responsibility to manage certain areas so that they would know that overfishing can cause losses in the long run.