THROUGHOUT history, traditional wet markets have been a lifeline for the common folk as a place to seek sustenance, and a hub of economic activities.

With the prevalence of shopping malls and of late, food and grocery delivery service, these markets are dying a natural death.

Many older market buildings in Kuala Lumpur are degenerating into sorry sights of filth and disorder, if not abandoned.

Beyond Kuala Lumpur, this is a common problem affecting Singapore, Hong Kong and Taiwan among others.

There are, however, some who refuse to let the traditional wet market turn obsolete. 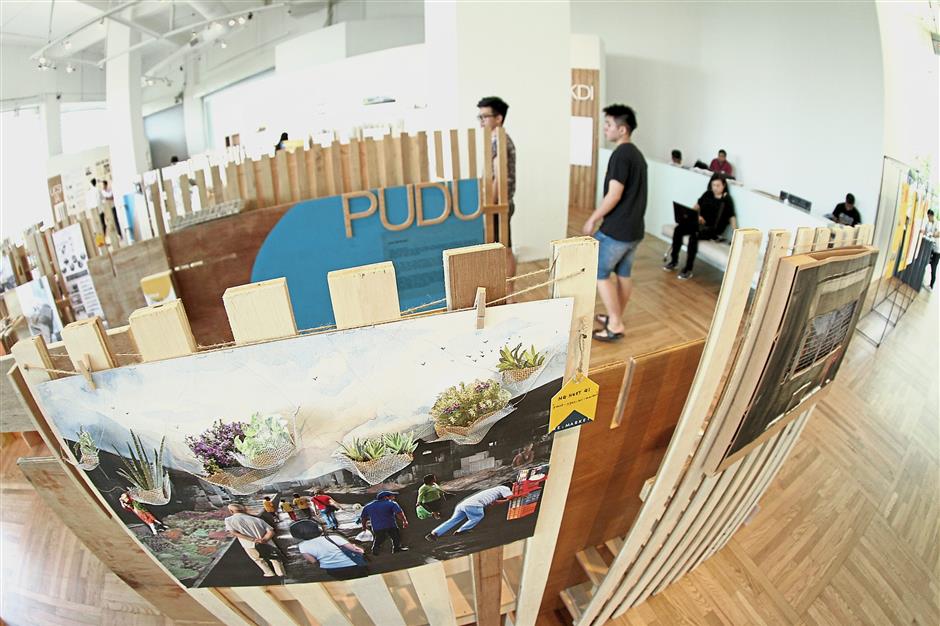 Architects and architecture students spent more than six months studying the past, present and future of markets in several Asian cities.

Five architectural firms from Kuala Lumpur and the three countries mentioned, as well as about 60 architecture students spent over six months to study the issue at their respective locales, to make wet markets relevant again.

They presented their findings and solutions at the Re:Market architectural exhibition and workshop, held over the weekend at Publika in conjunction with the Kuala Lumpur Architectural Festival 2018.

“Locals are shying away from these marketplaces and some even call for them to be demolished, but these buildings are historically significant,” said co-curator James Lim, who is a UCSI University lecturer. “The Pudu and Sentul markets were built in 1956 when the country was gearing towards independence, while the Old Klang Road market was built in 1975.

“These markets were built for the people of all backgrounds to come together, promoting interaction and racial harmony as a nation,” he said.

The students, many of whom had never been to a traditional market, had the chance to learn about such social significance, when they were required to talk to the traders about their concerns and ideals.

They proposed three main ways to bring these dark, dirty markets back to life.

Turning the markets into community centres is a way to do it. It will involve having a better diversity of shops in the market, such as bars, cafes and restaurants, in addition to selling fresh produce.

Lim said this had been adopted by the Taman Tun Dr Ismail market to a certain extent. Architecture students from Hong Kong and Malaysia guiding those aspiring to take up the profession in the Archi-Cookies workshop, which bakes cookies moulded after famous buildings.

The ground floor of the market functions well as a trading zone of meats and vegetables during the day, while the upper floor becomes a popular watering hole by night.

Another suggestion is to create a co-working environment in the market, such as, allowing customers to buy produce from traders there and have them cooked at another section by other operators.

Urban farming ought to be brought into the market, they reckon, as it should be thrilling for customers to buy the products grown right in front of them.

The students exhibited various scale models of the future they imagined for these markets.

They addressed these markets’ existing architectural drawbacks, such as by having skylighting to compensate Pudu Market’s suffocating roof design, adding a basement level and better ventilation to Sentul Market. Scale models of the students’ vision of the Pudu Market in the future.

“The challenge lies in tweaking the traditional market’s rigid layout of having parallel walkways lined with stalls, nor should it be a box-like place,” Lim said.

The findings suggest that there is a need to use architecture to accentuate the markets’ character. For example, the Pudu Market should cater to the demography dominated by older people and tap the area’s rich culture marked by old buildings and places of worship.

Sentul Market can be an art/market hub as such efforts are already in place there, while the Old Klang Road market, if given a more iconic frontage as it faces the main road, can be a market that offers information on the area’s development since the 1970s.

“Of course, all these can only happen if the markets are cleaned up drastically,” Lim added.

Conveying what the students had discussed, Lim urged the local government to not just clean up the markets frequently, but also look at ways to re-adapt these buildings to bring back local traders, by inviting proposals from architects instead of developers.

The students will continue their research and have chosen the Raja Bot market as their latest project.

Creating a currency specifically for a marketplace may be one way to revive such architecture, many of which in Asia are trapped in various stages of deterioration.

In a proposal presented by One Bite Design Studio, the Hong Kong architectural firm that co-organised the Re:Market exhibition and workshop with UCSI University at Publika Kuala Lumpur, the market can be readapted as a social meeting place containing a variety of services and activities for the community.

“In the old days up until some years back, the market is the place for trading, gathering, and chit-chatting,” said One Bite co-founder and managing director Alan Cheung Kwok-lun. 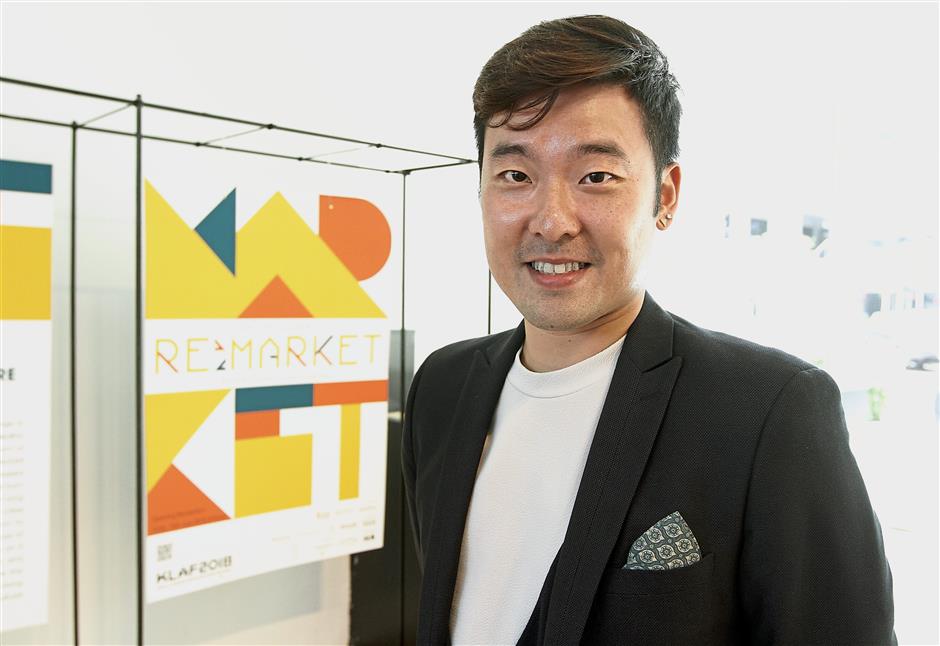 Cheung says markets across Asia are becoming vacant and it is high time to find ways of adaptive reuse for such architecture.

“However, people will not even think of the markets now when they want to get food, they would rather visit the malls or simply go online and have their orders delivered to their doorsteps.

“We can see that across Asia, markets are becoming vacant and it is high time architects and stakeholders in this region think of ways to reuse market architecture,” he said.

In a market model, the firm proposed for the Tin Shui Wai, a new town in Hong Kong packed with public housing but has only four privatised markets, residents can use their own “community currency” so that even the less privileged groups can benefit from the self-sustainable living.

“Senior citizens may offer services such as tailoring to earn their ‘currency’, which they can use to buy food, fresh produce or other services at the market,” he said. 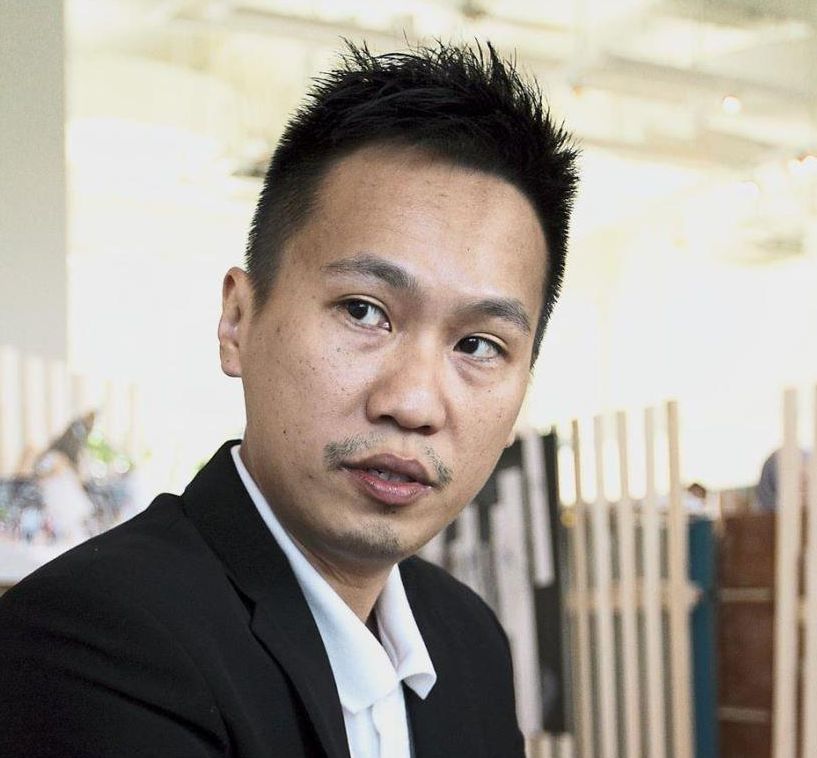 Lim says although people are shying away from traditional markets, many such buildings in Kuala Lumpur hold historical significance.

Meanwhile, Singapore firm KYX Architects studied the evolution of markets in the republic and observed that the human touch there was diminishing, with trading space becoming static and structured, and food being served through vending machines.

Their proposal was to create a flexible setting for markets, where furniture could be moved around according to customers’ preference to maximise interaction, and reinstate the appeal and purpose of such buildings.

Taiwan firm Maud highlighted that traditional markets in the island had become tourist destinations, but were also losing their originality and identity.

Their proposal was an avant-garde market building with long, spiralling walkways lined with trading kiosks so that the locals, including youngsters, would be keen to visit.

Malaysian firm Studio Karya re-looked the Gombak and Taman Tun Dr Ismail markets while Idea Workshop suggested converting abandoned cinemas into a marketplace, which they believed could drive the people back by having modern, relevant appeals.