The dirty back lane of one of the restaurants.

THE Petaling Jaya City Council (MBPJ) has ordered two more eateries to close, showing yet again that it is serious about cleanliness of restaurants.

A check by StarMetro found that Restoran Tai Ma PJ and Restoran Big Family in Jalan TSB 10A, Sungai Buloh, had closure notices displayed on their shutters. MBPJ councillor Sean Oon confirmed the closures, adding that a total of 17 compounds were issued this morning.

He said the council sent a team to inspect four eateries in the area, the other two restaurants were slapped with compounds but not closed.

“The two eateries have until 3pm today to close, they need to clean up and rectify whatever shortcomings before they can reopen for business,” he said.

When StarMetro visited the back lane of one of the closed eateries, the amount of flies that flew towards us were simply shocking.

Stench emanated from the back lane, where moss was seen growing on the tarred road which was wet due to water flowing out from the kitchen area.

This corner-lot restaurant also put up cement and metal extensions, which had completely covered the drains surrounding the restaurant.

There were hawker stalls placed on this extension along with washing of utensils carried out on the extended portion at the back.

Water was also flowing freely from the kitchen area onto the back extension, into makeshift pipes channelled to the drain underneath.

Apart from that, broken tiles were found in their kitchen area, with water ponding in the holes, making the restaurant unhygienic.

There is also a huge hole in the extended portion of the wall and when we looked inside, we could see the original drainage.

“Among the offences found today were broken tiles on the floor and walls, workers did not receive typhoid injections, cockroaches in two of the outlets, washing in the back lane, dirty kitchens, no grease traps and dirty toilets,” Oon said, adding that the eatery with illegal extensions built will be referred to MBPJ’s Building Department for further action.

Oon called on all eateries in the city to maintain cleanliness levels for the sake of public health.

“These spot checks by MBPJ will be more frequent and for the sake of public health, repeated offenders will be severely dealt with.

StarMetro urges readers to alert us on dirty restaurants and we, on our part, will alert the authorities to act against these irresponsible operators.

In your email, please include your name, contact number, the restaurant’s name and its full address before sending it to metro@thestar.com.my, and, yes, we keep your information confidential. The dirty back lane of one of the restaurants, which also has an illegal extension built which covers the drain behind the eatery. Broken tiles in one of the restaurant's kitchen with water ponding inside, making it a health hazard. There is a hole in the extended portion of the restaurant and when we took a look inside we could see the original drainage underneath. 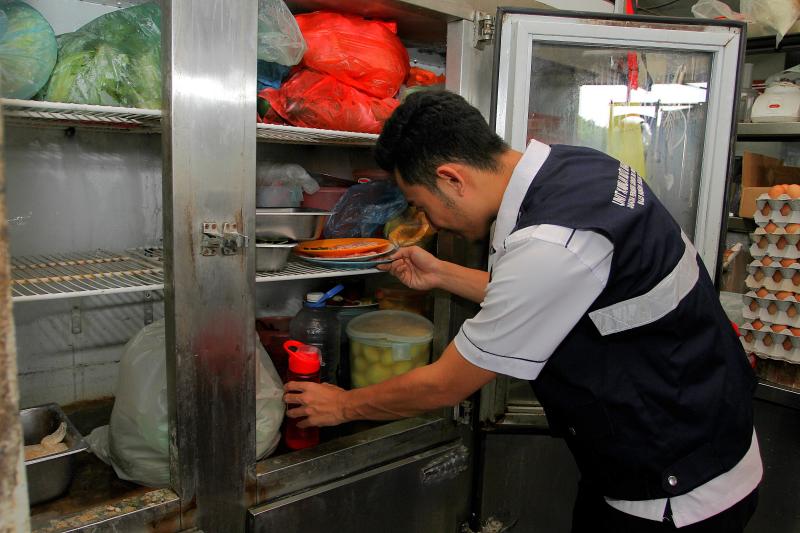