Braving theme park’s cold for a bigger cause

Tuanku Zara Salim (with Malaysian flag) at the launch of the Snow World challenge at Resorts World Genting. With her are (from sixth left) Noorizah, Hanif, Sharifah Mazlina and Lim.

IN November, the All Women Expedition To Antarctica (Aweta) 2018 – an initiative of Malaysia’s All Women Empowerment To Accelerate Secretariat – will embark on a journey to Antarctica.

The 19 women training to be part of the expedition set up base camp in Snow World at Resorts World Genting for four days and three nights (totalling 72 hours) from May 4 to 7.

With constant sub-zero temperatures, the training camp at Snow World served as the first step of the expedition’s intensive cold weather training programme.

“The ambition of this initiative, which is to create new role models for young Malaysian women in the Malaysia Boleh spirit is admirable.

“They say that women of the world support half of the sky. Well, now these brave Malaysian women can do their part in supporting the future of Malaysia underneath the Antarctic sky,” he said.

With the aim of creating protégés for Dr Sharifah Mazlina Syed Abdul Kadir, Malaysia’s national expeditor who conquered the South Pole in 2004, the North Pole in 2007 and Greenland in 2011, Aweta 2018 is devoted to a national mission of empowering Malaysian women aged 18 and above to succeed.

The 19 protégés who made it to Resorts World Genting were selected from a pool of 70 participants interviewed over a six-month period during Aweta’s nationwide roadshow.

After going through intensive fitness training, the qualifying candidates underwent a rigorous set of challenges as part of a reality television programme designed to test their strength in five aspects – mental, emotional, physical, social and spiritual (MEPSS).

Sharifah Mazlina in her message said the task of achieving one’s dream was not easy.

“One will face challenges that will test their strength along the way be mentally, emotionally, physically, socially or spiritually. But by having a very focused mind, one will achieve one’s goals even in the coldest weather.

“We are very pleased to partner with Resorts World Genting as this mission helps us find the top five women to join me at the Antarctica this November,” she added.

Visitors to Snow World usually spend 30 minutes in the sealed space, but the 19 Aweta protégés challenged themselves to spend a total of 72 hours – a new Malaysian record – in temperatures maintained at a constant 6°C or lower when snow is manufactured and release during midnight.

Snow World, designed to resemble an Alpine village with slopes and slides, then tested the protégés in various tasks that will serve as an introduction to the polar challenges ahead.

Five successful contestants (and two reserves) will be selected to form the Aweta 2018 expedition.

They will then undergo further intensive training, both in Malaysia (four to five months) and overseas in Norway and Greenland (one month), before embarking on the journey of a lifetime to Antarctica in November.

Arriving at Hercules Inlet Near Base Camp Patroit Hills on the continent of Antarctica, the Aweta 2018 expedition will then traverse 1,100 km within 55 days to the South Pole.

There, they will be tasked to retrieve the time capsule placed by Sharifah Mazlina in 2004, and place a new time capsule to be retrieved by future generations of Malaysian women. 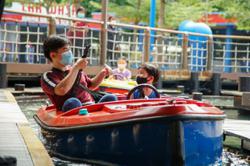 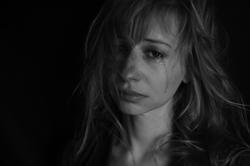