A massive fallen tree almost completely blocked off all traffic on the old Subang Airport road this evening until 7.20pm

Ron Pickering, a resident of a nearby apartment complex, observed the incident from his apartment unit and said that the tree collapsed onto the road around 5.40pm, after a heavy evening downpour.

Subang-bound traffic was completely blocked by the uprooted tree while only the emergency lane was available for cars travelling towards Ara Damansara. 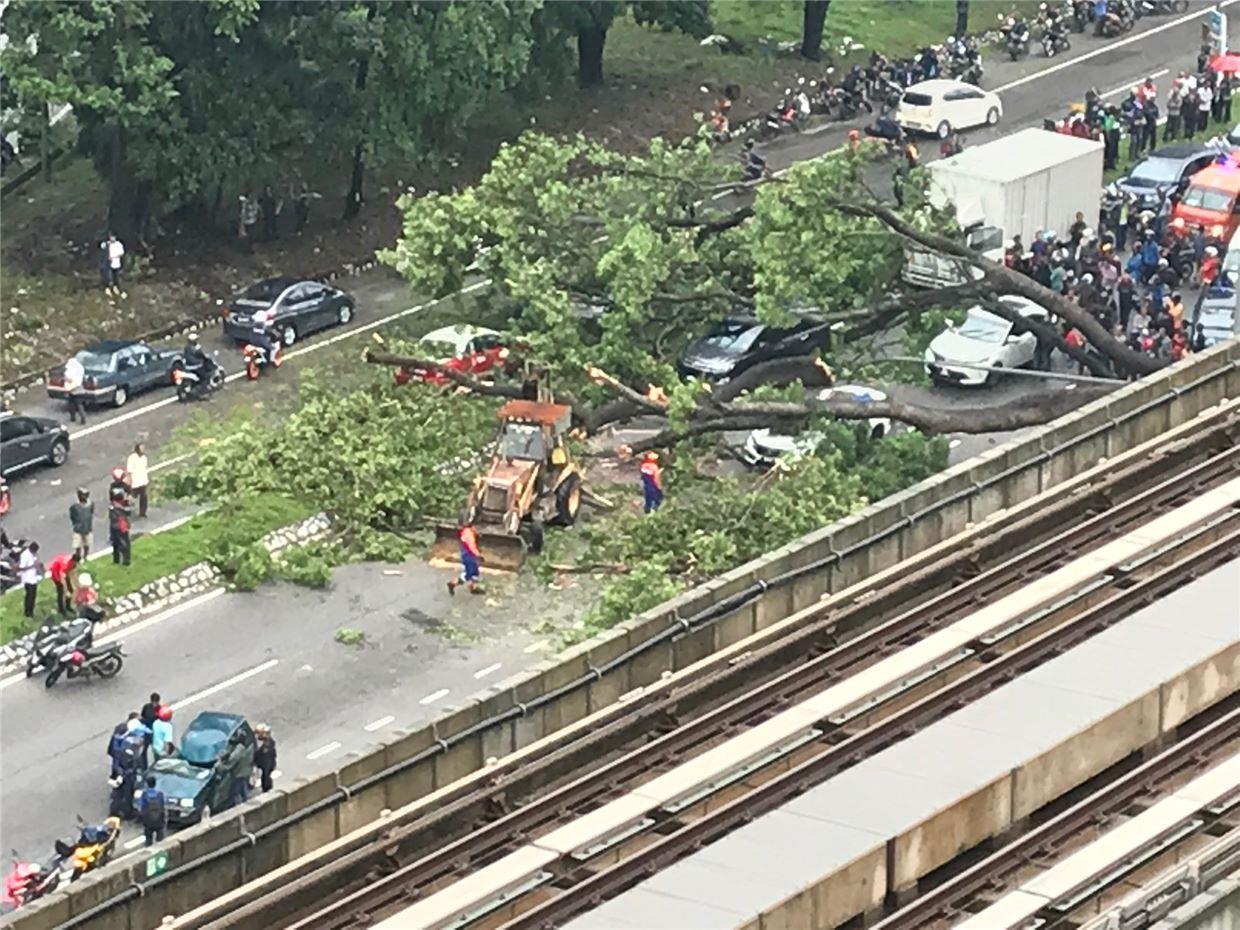 Almost the entire road was blocked off to traffic during the evening rush hour. Photo by Ron Pickering.

At least six cars were damaged by the large tree. The heavy trunk completely crushed the roof of a Honda Civic and a Perodua Kancil.

According to Pickering, the driver of the Honda Civic appeared to be trapped in their vehicle for at least an hour.

Posts by Twitter users stuck in the traffic there revealed that members of the Malaysia Civil Defence Force (MCDF) were among those who rushed to the scene to assist in clearing the fallen tree and damaged vehicles.

The road was finally reopened to traffic at 7.20pm, except for one lane on the Subang-bound direction.