Low (right) proposing to Chan after their graduation ceremony in Johor Baru.

JOHOR BARU: It was a proud day for 850 graduates of Southern University College at the university’s graduation ceremony here.

It was a double celebration for Bachelor of English Language Teaching graduate Chan Zhu Er, 22, when her boyfriend of two years surprised her by proposing just minutes after she received her scroll.

“I did not expect this but I did suspect something was brewing because my friends and family were acting weird all morning,” she said.

Dressed as the famous cartoon character Rilakkuma, Low Yik Thung, 26, proposed to Chan two days after their second year anniversary of being together.

“I thought it could be him under the costume but I did not expect a proposal,” she said.

Low said he had been planning for this proposal for about six months.

“I am happy everything turned out well,” he said, adding that he gave her a bouquet with 99 flowers. 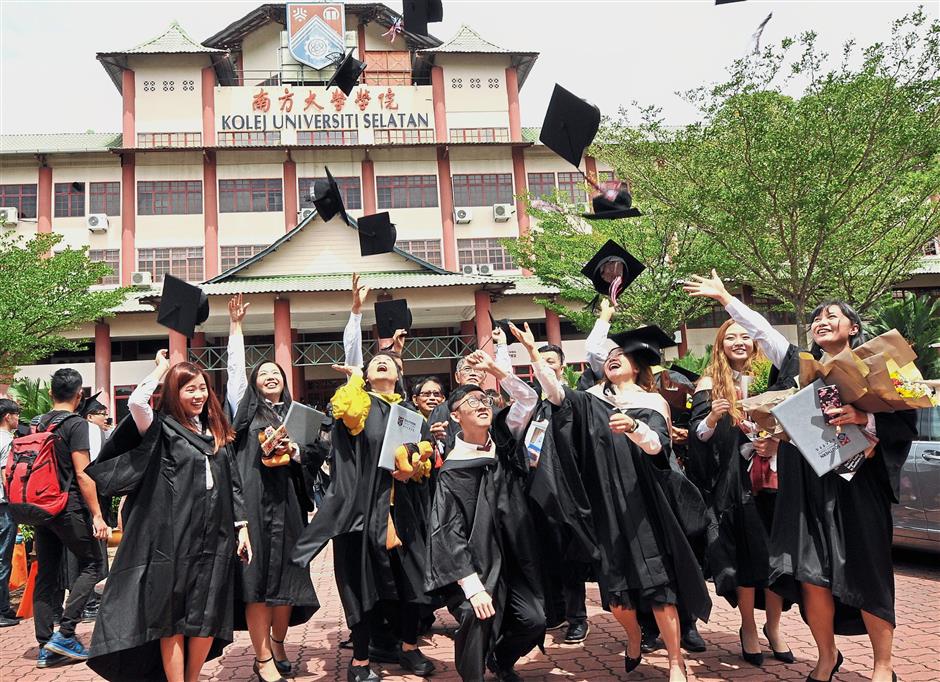 An eight-time Deans List holder with a Cumulative Grade Point Average (CGPA) of 3.82, Lee is a project engineer for Ener Tech Solution Sdn Bhd and one of the university’s most outstanding students.

“It is a great honour for me and I am truly humbled by the trust the university has in me,” he said.

It is named after a prominent Chinese scholar and educator and given to students dedicated to learning Chinese and have the ability to strengthen the role of the language.

“I hope this will be the first of many experiences for me to enrich myself with the beauty and rich philosophy of the (Chinese) language,” said Wang.