Keeping an eye on traders

PRICES of fresh food in Penang have been going through interesting fluctuations during the Muslim fasting month.

Seafood is cheaper. Some vegetable prices are rising, while beef is steady at between RM34 and RM36 per kg.

“From the inspection, we learned that the prices of some vegetables increased this week.

“Wholesalers increased the prices due to small harvests from farmers,” he said. The price of fish went down during the fasting month as the demand is lower.

Mohd Nor added that the prices for chicken and beef have been steady since the first week of May.

“According to a fishmonger, the prices of fish went down as the demand during the fasting month is lower.

“We have 17 wet markets in the northeast district and nine in the southwest district, and the prices do vary slightly among them,” he said.

He assured the public that the ministry would keep a close watch on the food supply and prices in wet markets, supermarkets, hypermarkets and other such outlets to monitor the situation during Ramadan and take action if traders were found to be profiteering.

“We have also recommended suitable ceiling prices for certain goods based on consumer needs,” he said. 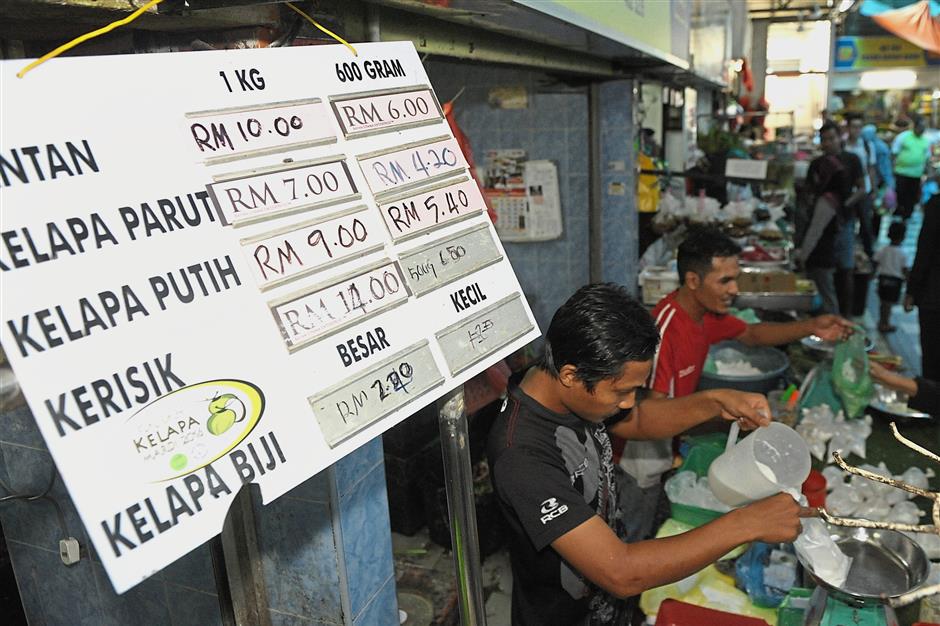 Meanwhile, Bernama reported that Kedah KPDNKK has deployed more than 200 enforcement officers to monitor the price of goods before and after the goods and services tax is set to 0% June 1.

Its deputy director Chin Ching Chung said they would monitor the change in prices of raw and dry goods in all public markets and supermarkets to ensure traders comply with the zero GST policy.

“Each enforcement officer is assigned to monitor five premises and record the prices of 30 types of goods.

“The check will be carried out periodically and started a few days ago and will go on until Hari Raya,” he said.

Chin said there would be an adequate supply of main food items like eggs, chicken, meat and vegetables ahead of the festive season and the price was also unlikely to increase.

“We have met with government agencies such as the Fisheries Development Authority of Malaysia, Federal Agriculture Marketing Authority and the wholesalers and they have assured that there will be sufficient supply,” he said.

On allegations that the price of beef in Kedah reached RM36 per kg, Chin said they had not received any complaints and asked those with information to report to KPDNKK.