Not a step in the right direction

One of the trails under the free guided walks.

KUALA LUMPUR’s popular guided heritage walks, created to boost tourism and give visitors an opportunity to admire the colonial charm and heritage buildings in the capital city, is cancelled indefinitely.

The abrupt cancellation has taken many by surprise including tourists who turned up at the Kuala Lumpur City Gallery (KLGC) in Jalan Raja, Kuala Lumpur in the last week of April.

It is common knowledge that international tourists visiting the gallery would congregate there as this was the starting point for the “Dataran Merdeka Heritage” walk.

“Unfortunately yes. We have had to inform people who came to our office that the walk was no longer available,” said Khan. 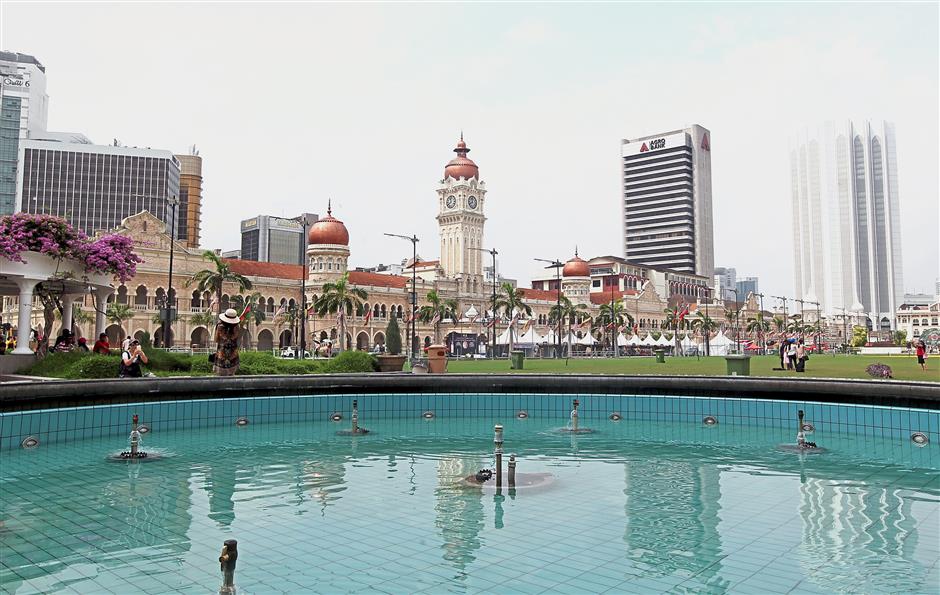 “People were coming in non-stop in the first week of May,” she said.

“Needless to say that it was very popular.

“It is often referred to as the mayor’s walk because it was organised by the Kuala Lumpur City Hall (DBKL) and carried a lot of weight.”

Khan added that the walks’ popularity was due to the professionalism and in-depth knowledge its guides had of Kuala Lumpur’s history and unique stories that could not be found in history books.

A message on Kuala Lumpur’s Tourism Bureau (KLTB) Instagram @visitklofficial on April 30 announcing the cancellation was the only indication that the walks were no longer available to tourists.

KLTB is a unit under DBKL and the cancellation takes effect on May 1.

Many are of the opinion that the announcement should have been projected in a more professional manner instead of a posting on social media. 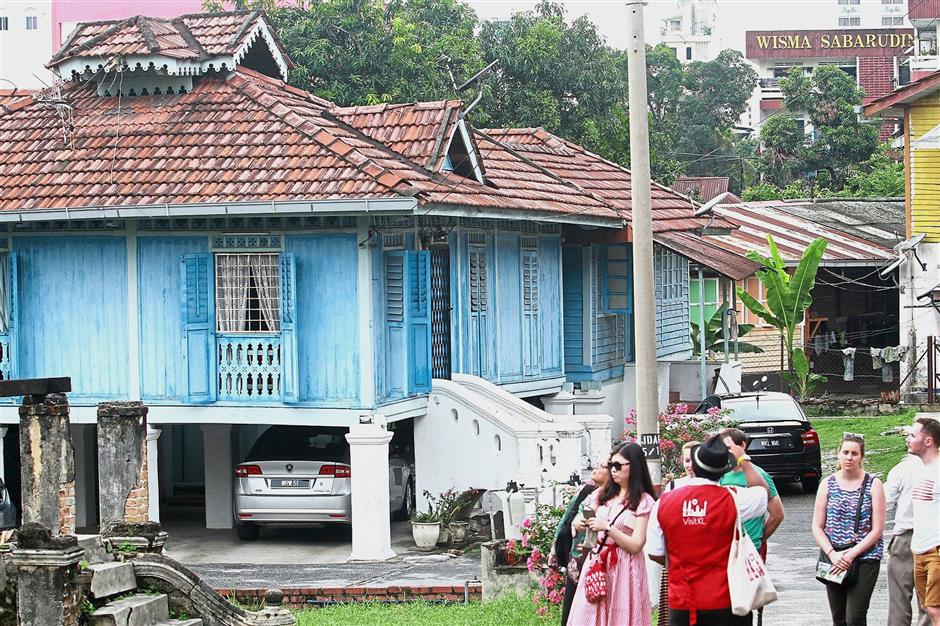 The Jalan-Jalan Kampung Baru guided tour was an opportunity for visitors to experience a Malay  village. — filepic

“We were told that there will be no more heritage walks by City Hall and we were rather disappointed,” said Australian Edna Ward.

“My niece who visited Kuala Lumpur, last year, spoke highly about the walk and recommended that I experience it.

“But it’s too bad that they don’t have it anymore.”

The once-a-week tour on Saturday proved popular with foreigners and locals. 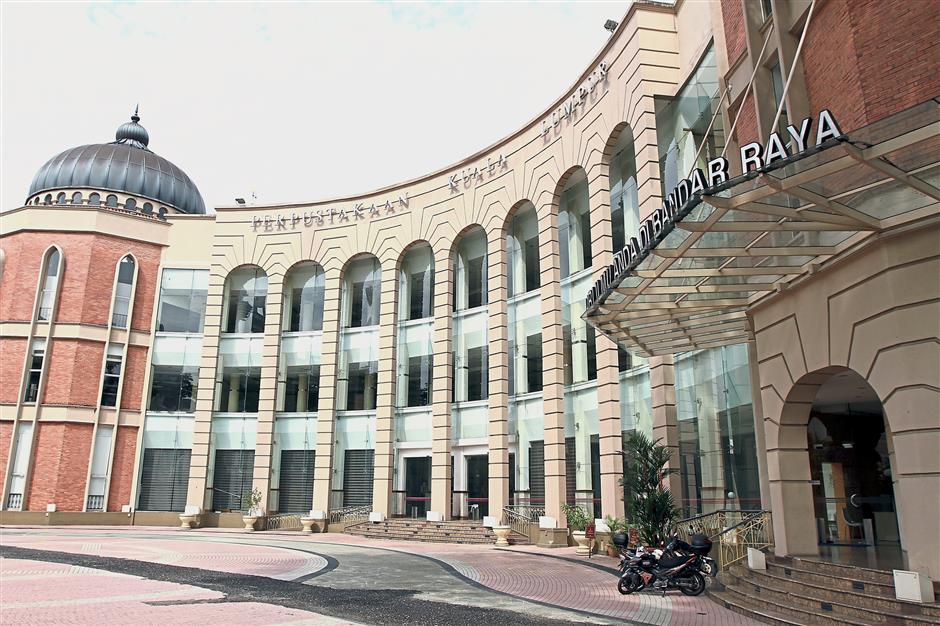 The Kuala Lumpur City Library is an attraction offered in the Dataran Merdeka guided walk.

In 2012, the “Dataran Merdeka Heritage” walk was introduced.

Then came the “Old KL Nature” walk and the “KL Night” walk in 2016 which were introduced to provide tourists the opportunity to see the city in different perspectives.

The tours are offered free to tourists and tour guides are paid a nominal fee of RM250 per walk by DBKL.

A guide who spoke to StarMetro on condition of anonymity, said that no proper announcement was made about the cancellation even to the guides.

“There was nothing in black and white and we had a lot of disappointed tourists contacting us,” he said. 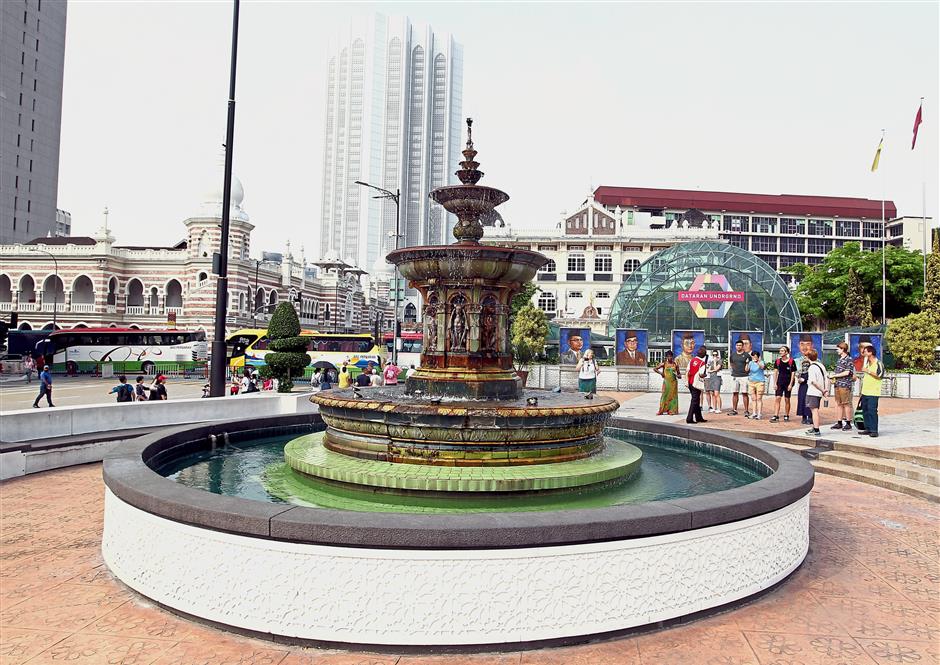 The Victorian Fountain (formerly known as Queen Victoria Fountain) at Dataran Merdeka was brought in from England and assembled here. — filepic

“It’s a pity because the tour was very popular and it generated income for the budget hotels and restaurants and inadvertently resulted in many visitors extending their stay in the city,” he said.

“It definitely created a lot of awareness among the tourists particularly the backpackers.

“We want to save money,” Amin Nordin said.

“Besides, the tour companies (private) should be the ones arranging for such tours, not us.”

Amin Nordin, however agreed that KLTB should have made the announcement in a more professional way.

“For now, we are doing away with it. We may review it at a later date but not for now,” Amin Nordin said. The National Textile Museum on Jalan Raja with the Sultan Abdul Samad building in the background. — filepic

Former KLTB general manager Noraza Yusof said she strongly opposed the cancellation of the tours as it had benefited the city tremendously.

“In my opinion, the heritage walking tours should be maintained as these are part of the implementation initiatives under the Kuala Lumpur Tourism Master Plan,” said Noraza.

“And should budget become the challenge, then a meeting should be held with related tourism players, the Tourism Ministry and stakeholders on finding ways to fund these initiatives.”

The Kuala Lumpur Tourism Master Plan 2015-2025, developed by DBKL, provides guidelines on the implementation of culture, heritage and places of interest in the tourism segment with recommendation on initiatives to propel Kuala Lumpur to become a world-class cultural and heritage city.

The initiatives aim to boost development of a diverse range of experiential heritage trails and cultural enclaves.

Two heritage trails were introduced namely the “Dataran Merdeka Heritage” walk and “Jalan-Jalan @ Kampung Baru” walk to execute the plan under the initiative.

The initiative would help develop and diversify heritage trails and products and revitalise cultural enclaves.

“The city tours managed to showcase and unfold Kuala Lumpur’s diverse cultural, heritage and historical treasures to tourists in a connected, consistent, experimental, engaging manner and it even garnered international recognition with a five-star ranking based on tourists reviews on Trip Advisor, the world’s largest travel site.

“This is a great way to promote Kuala Lumpur,” she added.