JOHOR BARU: Many candidates who contested in the general election in Johor turned to social media to thank their voters and volunteers, including those who lost.

With a total of 158 state seats and 74 parliamentary seats, the state saw the largest number of people contesting in GE14.

Just like how many used social media to reach out to their constituents throughout the 11 days of campaigning, they also used this avenue to express their gratitude.

“I want to thank all Malaysians including those who returned to their hometowns to vote as well as those braving the traffic jam, incurring travel costs, helped bring back postal votes from overseas, donated at our ceramah, party workers, volunteers, and polling and counting agents. 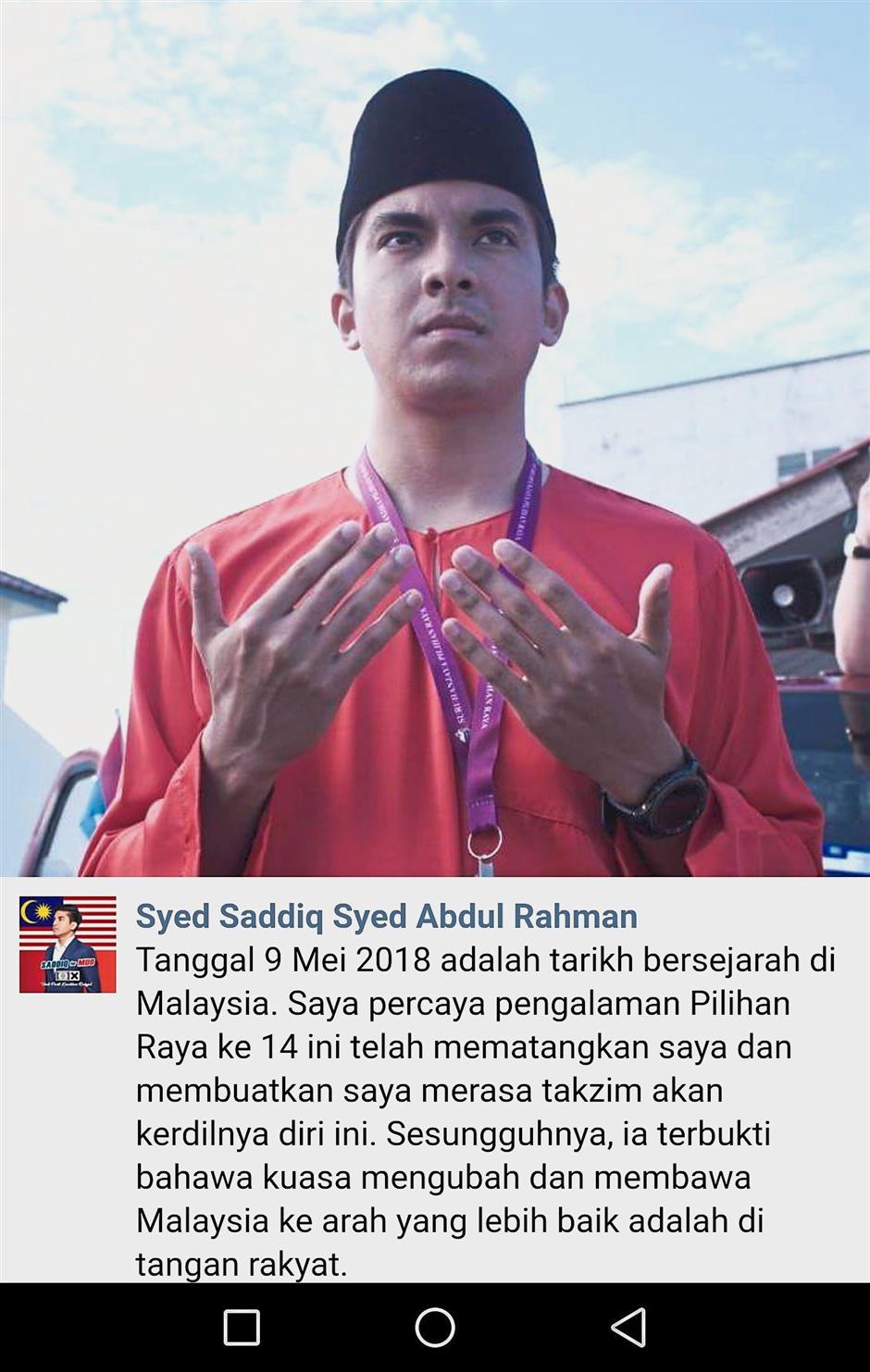 “My fellow Malaysians, we made it, thank you all,” she said.

The youngest winner in the state, Pribumi’s 25-year-old Syed Saddiq Syed Abdul Rahman who won the Muar parliamentary seat, posted his messages including a photo of him holding his hands in prayer.

“The win is thanks to the efforts of the Muar election team, volunteers and honest contribution of Malaysians,” he said, adding that he was willing to work with his political rivals to benefit Muar.

“I would like to thank my constituents for believing and voting me in as an MP again.

“I have had the honour and privilege of serving you all for the past three terms and with your trust and support, I promise to serve you all over the next five years, to the best of my abilities,” he said, with a photo of the Jalur Gemilang attached to his Facebook message.

MCA deputy president Datuk Seri Dr Wee Ka Siong, who won the Ayer Hitam parliamentary seat, said he was very grateful to everyone who supported him. 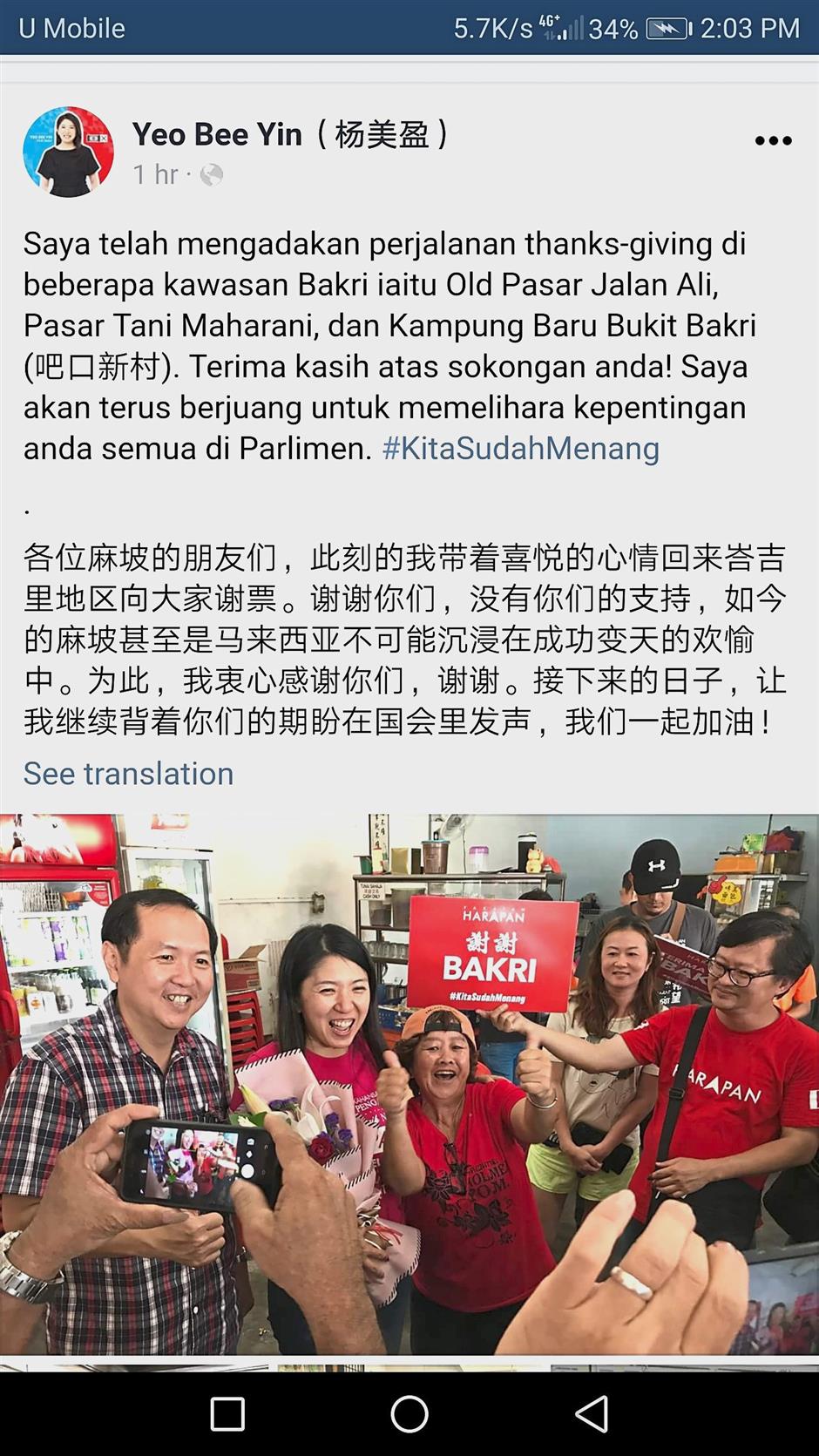 “Thank you Johor Baru! Akmal Nasir: 50,052 votes (majority: 19,782),” he posted in his Facebook, which included a photo of him being announced the winner by the Election Commision returning officer on May 9.

Despite losing the Sri Gading parliamentary seat, former Deputy Transport Minister Datuk Ab Aziz Kaprawi thanked the 18,223 people who still voted for him. He lost by a 3,288 majority to Pribumi’s Shahruddin Md Salleh.

“I am thankful that I had the opportunity to serve the rakyat for the last 14 years. I am so happy to have brought much development here.

“I also thank my election machinery who worked day and night in trying to help me win,” he said. 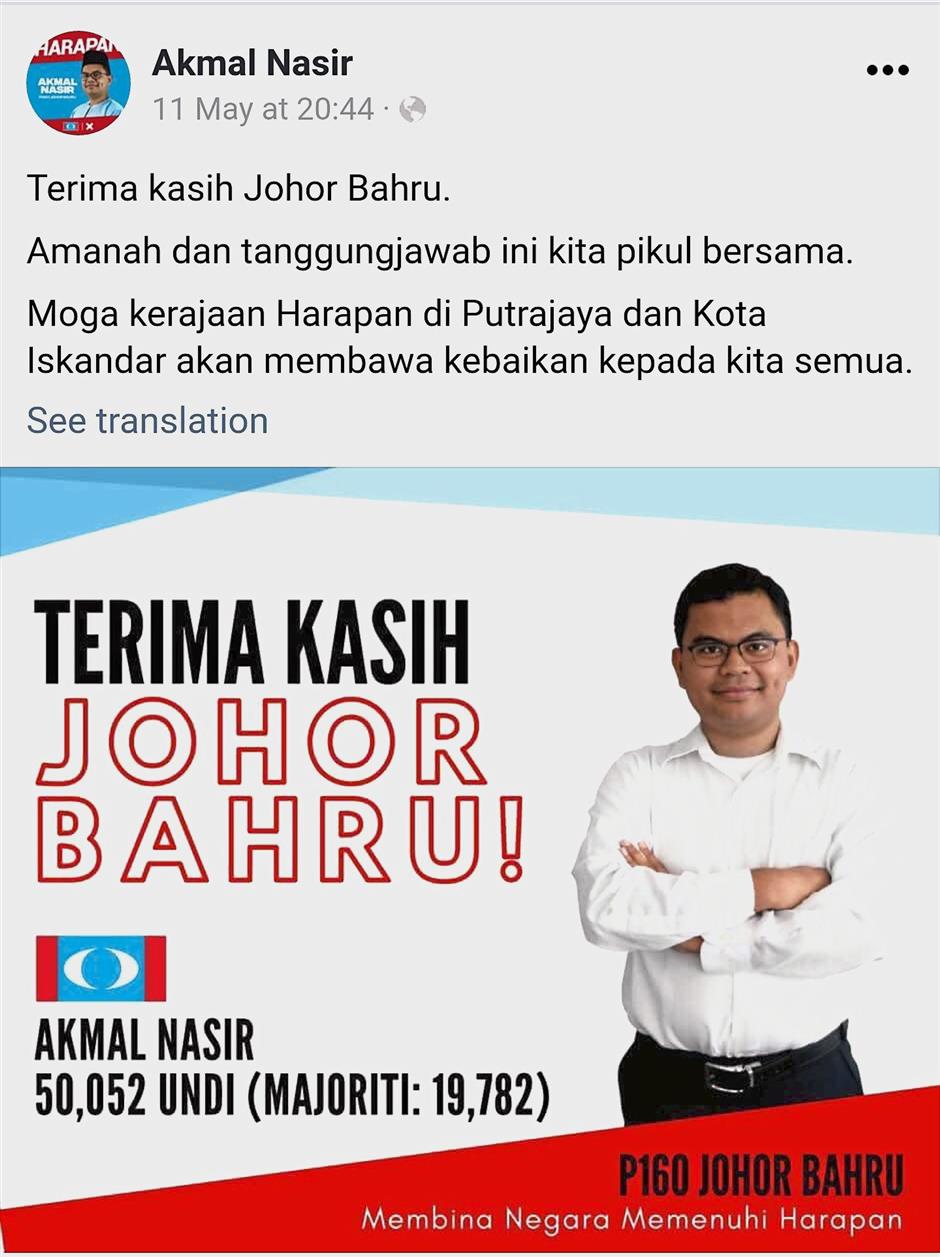 Meanwhile, Rohani Yaacob, who contested as an Independent candidate in the Permas state seat and only garnered 113 votes, said being a candidate was a very valuable experience for her and that she would cherish it for the rest of her life.

She also thanked her small team who helped in her campaign.