Flying back to cast votes

Syed Naufal (right) raised RM3,000 via social media to buy his ticket back from Texas.

VOTING is a fundamental right for citizens here to choose their government for the next five years. StarMetro spoke to five patriotic Malaysians who will be travelling back home from overseas to cast their vote in the Klang Valley.

He did not have enough fund for a trip back, but Syed Naufal Syed Ahmad Alhabshi, 26, was determined to return from Texas, the United States, to vote in Selangor anyway.

As the first-time voter was not eligible for postal voting because he missed the application deadline, he did what came naturally in this social media age – start a public fundraiser through his Facebook page, where he managed to raise RM3,000 within five days. His return ticket cost RM3,068.

“Generous Malaysians, including my relatives, donated between RM50 and RM500 and when I met the target, I bought my flight ticket.

"Thank you, Malaysians,” said the engineer who is currently on unpaid leave in the US.

He said Malaysia was special to him because of the amazing people, culture, living tradition and delicious food.

“How can I not love Malaysia?” said Syed Naufal, who will arrive tomorrow and return to the US on Thursday.

Despite registering as a voter 10 years ago, M.S. Devan, who is an engineer in Doha, Qatar, will only be voting for the first time this general election in Kuala Lumpur.

The 44-year-old, who studied in SMK La Salle, Petaling Jaya, said Malaysia always had a special place in his heart.

“This is my birth place and with four generations of family here, it will always be home to me. Devan is returning home from Doha to vote for the first time.

“My flight cost RM3,500 but it is a small amount for me to carry out my patriotic responsibility for the country,” said Devan, who will arrive on polling day and return on May 13.

Devan said he was not alone and knew of other friends who were returning from abroad to vote.

A government that is transparent, steers clear of empty promises and works to strengthen the economy for the people is what he envisions for the country.

“The government must be able to unite all in the country regardless race, religion or creed,” said Devan.

GE14 will be the third time Jagjit Singh, 33, casts his vote and he will be arriving from Doha on polling day.

First up on his itinerary is to have nasi lemak at a stall next to the SEA Park market before heading to his polling centre in Petaling Jaya.

The former student of SMK (L) Bukit Bintang, Petaling Jaya, said he decided to return home because he felt there would not be enough time to send his ballot back via post. 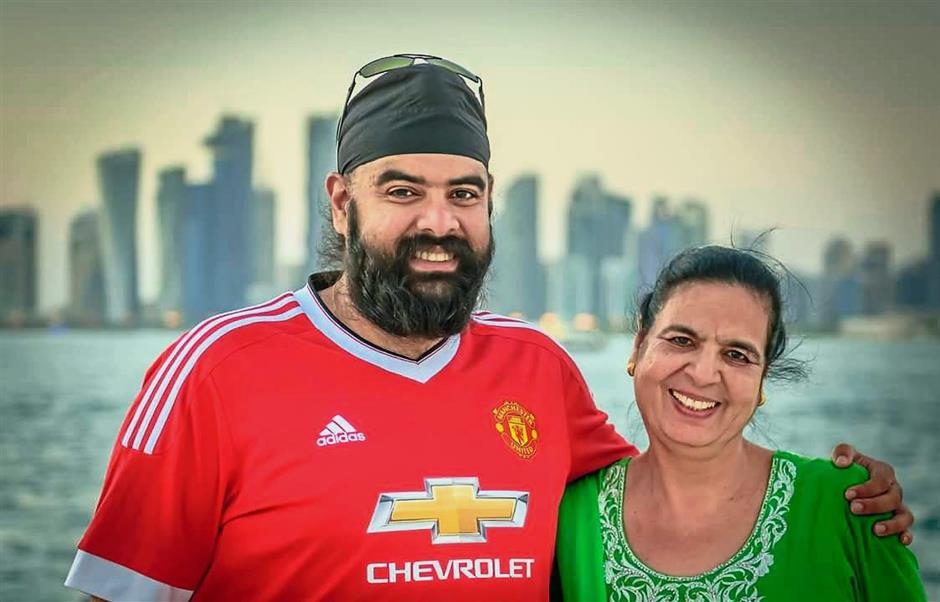 Jagjit (left) with his mother Gurmeet Kaur in Doha. He will indulge in some nasi lemak before casting his vote.

He added that his decision to fly back came as no surprise to his friends because they knew he loved his country so much that he would not miss the opportunity to vote.

Jagjit said despite being fortunate to travel to over 30 countries across five continents, he still loved Malaysia the most.

“I have yet to find a place better than Malaysia where I would be willing to settle down.

“Living outside of Malaysia, I understand that grass isn’t greener elsewhere. I want to play a role in getting my own country to work on its shortcomings,” he said.

Jafrina Hariani Haris Fadillah, 54, planned her trip back home from Medina in Saudi Arabia to coincide with the 14th general election.

The single mother of three, who works as a nursing supervisor at a medical centre in Saudi Arabia, arrived back home on April 27 and would return to work middle of May.

Her trip also allowed her to attend a school reunion event with her 1982 peers from SMK Assunta, Petaling Jaya. Jafrina, seen here with her son, planned her visit back home to coincide with polling day.

Jafrina said she voted via post in previous elections but this time, she decided to vote in person as she also wanted to visit her ailing mother.

She also hoped to observe the first two days of Ramadan with her family here before returning to Medina.

“We Malaysians are patriotic no matter where we go. When we have to exercise our rights, we will not miss the chance.

“I want a transparent government that cares about the people regardless of their ethnicity and religion,” said Jafrina, who loves to eat yong tau foo at a shop in SS5, Petaling Jaya.

Tham Pei Thing, 32, who lives in Australia, managed to book a return ticket for the elections less than an hour after the Election Commission announced the polling date.

“The return ticket cost me RM2,080 (AUD 700) and it was within my budget. Minutes later, the price skyrocketed.

“I have lived on less money. I can easily earn the money back but I cannot get back another five years.

“If that’s the cost of making life better for future generations, then it is quite cheap,” said Tham, who is an outdoor education programme coordinator.

She has voted in GE12 and 13 and this year, she will be a Polling, Counting and Barung Agent. Tham is coming back to vote and volunteer as a PCBA agent. She bought her ticket less than an hour after polling date was announced.

“I want to take action to get the change that I hope for,” said Tham, who will be voting in Kuala Lumpur.

She said her Malaysian identity was what made her unique as a foreigner abroad.

She is able to empathise better with people of different backgrounds, open to new experiences, enjoy food and has vast knowledge of cultures and religions.

Tham arrived yesterday and would return to Australia on May 10.

She said it was hard not to love a country that had given so much, and still has so much to offer.

“My ideal government is one that values justice and equality, protects the rights of all individuals regardless of background, one that is efficient and implements human-centric policies derived from research and reason as well as one that values the environment and natural resources.

“I envision a fair, reasonable, efficient government,” she declared.