Hello, who do you support?

CAMPAIGNING for the 14th General Election is at feverish pitch with streets inundated with coalition flags and social media saturated with political messages. But this time around, it has become more up-close and personal than before.

Many voters claim to have received calls on their mobile phones from people conducting brief surveys on political sentiments among the public as well as assessment of incumbent candidates’ performance.

Some voters claim to have received personal greetings from candidates, sent to their mailboxes with their names clearly printed.

A number of politicians have professionally produced videos and audios making the rounds on chat apps, to both the amusement and annoyance of the recipients.

This prompts the question, is this personal approach effective or too much? StarMetro puts the question to Klang Valley residents. Most people interviewed said they would be upset to receive calls or mailed leaflets from political parties addressed to them.

Esham Salam, spokesman for Petaling Jaya-based community group MyPJ, viewed some of these actions as an infringement of personal data.

He, however, conceded: “But can you blame them if you keep on updating and sharing your thoughts on social media? It is a new world of open data.”

Taman Tun Dr Ismail Residents Association chairman Abdul Hafiz Abu Bakar said he would be angry too if he found his personal information being used by political parties to promote themselves.

“I would be wondering how they obtained my personal details. It is a violation of my privacy,” he said, adding that the authorities must act to protect citizens’ right to privacy and punish those responsi­ble for giving out an individual’s information to a third party.

“Voters will be troubled and wonder how the callers got hold of their telephone numbers. 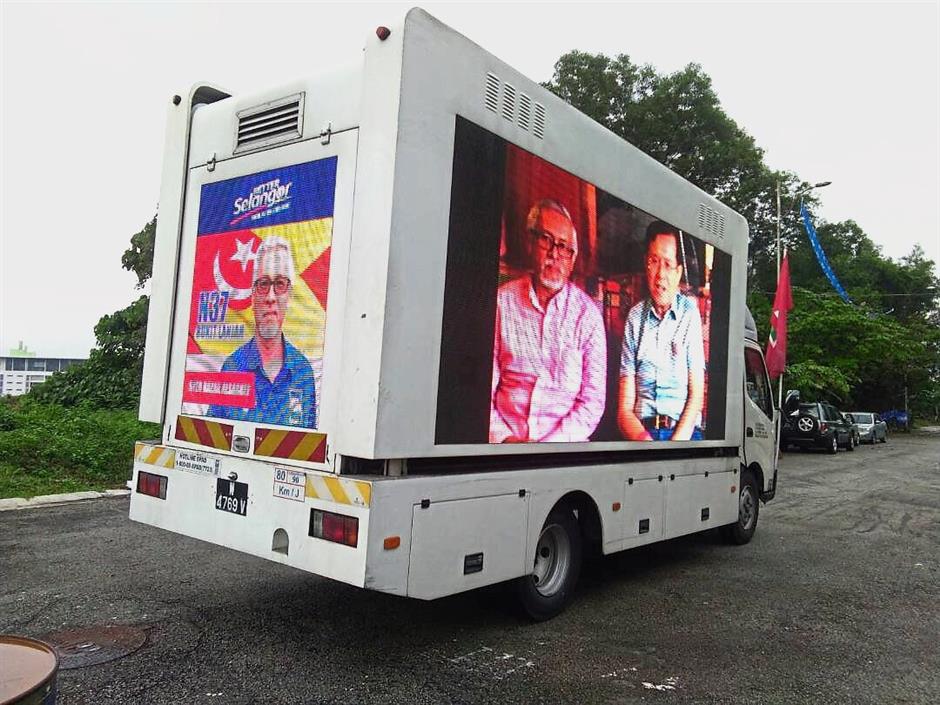 Another form of reaching out to voters is through advertisement truck such as this.

“If the numbers are obtained from a third party, there may be in breach of the Personal Data Protection Act 2010 as the release of the personal data is done without the subjects’ consent,” he said.

“If the voter gave his or her mobile number to the political party, then the voter would have given his consent.

“The Act does not apply to messages sent from Federal Govern­ment, state governments and their departments or to any personal data processed outside Malaysia (unless it is intended to be further processed in Malaysia),” he added.

Visiting houses for political campaigning, Tan said, was not prohibited under the Election Offences Act 1954.

The volunteers are tasked to conduct phone surveys as well as door-to-door canvassing.

Its volunteers in cities are mostly youths below 30, while retirees make up those in rural areas.

“Canvassing allows for a more direct contact with voters whereby our volunteers knock on doors to ask them questions for the purpose of getting a better picture of the political landscape.

Addressing concerns regarding privacy rights, its head of mobilisation Matt Lai said Invoke called only the people who had registered their interest on the organisation’s website.

“As for modern campaigning techniques, a lot of materials are actually available out there in developed countries; we adopt and develop a system that suits us most.

“The information gathered by our volunteers will be fed to the ground teams, to better serve the people and address issues in an area,” he added. Rafizi delivering his political message for GE14 in a video circulated on WhatsApp.

Social media, Lai noted, was the major influencer this elections and the focus of its 80 staff nationwide.

In support of this, veteran politician Datuk Donald Lim, who is Petaling Jaya Selatan MCA chairman, said voters have started accepting e-campaigning as the norm now.

“We are in the digital era that talks about using social media to reach out to the people and big data to know our voters better.

“On the other hand, voters are savvy in picking up information from social media; they know what is true or false and they will look at the issues and quality of candidates.

“Direct calls, personal messages and surveys are regarded as the norm now,” he said.

For concerns of privacy rights and possible data breach, Lim reckoned that telephone numbers were no longer a secret as shown by marketing calls made by companies in various sectors.

“However, political parties or campaign outfits should only use text messaging instead of calling voters,” he added. 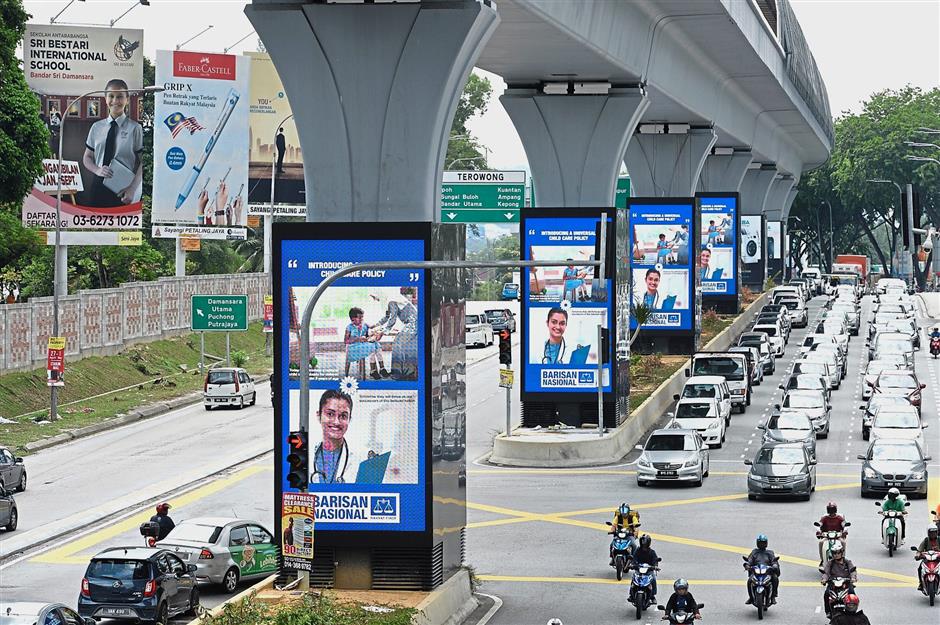 When asked, Malaysian Communications and Multimedia Commission (MCMC) on the infringement of privacy, in an email reply, it stated that all service providers in Malaysia were obliged to abide by the Personal Data Protection Act 2010.

They must also adhere to the regulations set by the Personal Data Protection Department (JPDP) with regards to their customers’ data, it added.

MCMC said enforcement action could be taken by JPDP against any breach of the Act.

“In reality, there are many ways that mobile phone numbers can be obtained such as when people give out their information to shops, in public surveys, registering for an app, or even when signing as a visitor at a condominium or gated community,” it read.

It added that the public could complain to JPDP at aduan@pdp.gov.my.