The carbon copy of a birthday note to her son Khairil in a jail in Taipei is one of Hajijah’s most prized posessions.

IT WAS the first day of Hari Raya, and Hajijah Abd Rashid leapt for joy upon hearing her son’s voice on the other side of the telephone line.

She had prepared all her family members’ favourite food and waiting for them to come home to celebrate with her and her husband Abu Hassan.

But joy turned to despair when her son Khairil Azuan Abu Hasan asked for forgiveness before informing her that he was serving a prison sentence in Taiwan.

Khairil had been detained on June 14, 2006 for a drug offence in Taipei.

It was only seven years later – in October 2013 – that Hajijah finally got the chance to visit Khairil in a prison in Taipei. 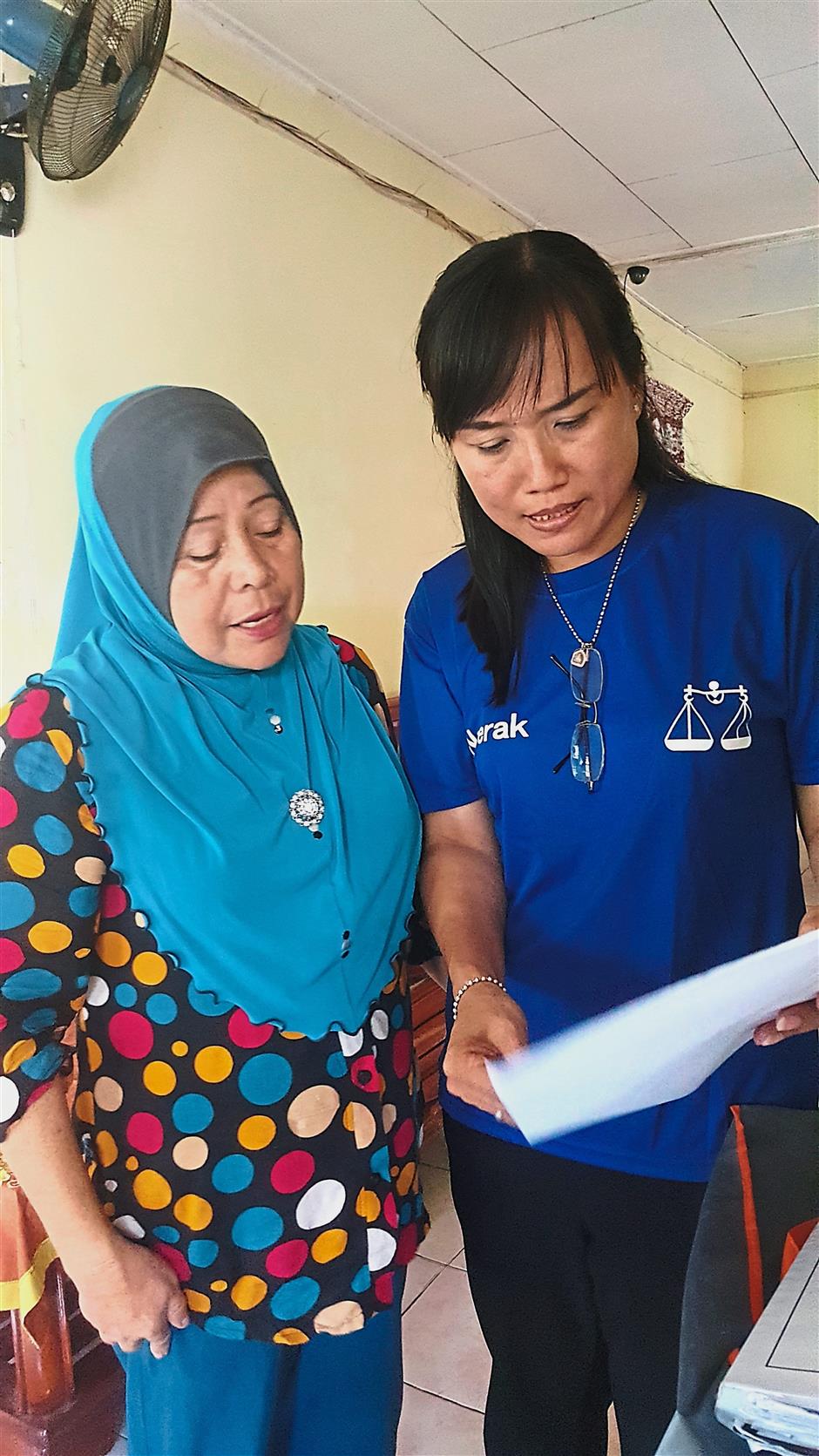 It was Liew Yee Lin who made all the arrangements, including raising funds for the trip. She also accompanied Hajijah on the five-day trip to Taiwan to help the latter communicate with officials.

Liew, 46, who is Gopeng Wanita MCA deputy chief and a GE14 candidate for the Simpang Pulai state seat, said she met Hajijah during a community event.

“Hajijah is a very friendly person and we became acquainted quickly. I later found out about her plight.

“As a mother myself, I empathised with her.

“It was a tearful reunion for mother and son,” recalled Liew after visiting Hajijah at her house in Kampung Sindu, Gopeng, Perak, last week.

She earns about RM500 a month cleaning two offices in RTC Gopeng while Abu, 64, is a JKR retiree receiving RM200 monthly in pension.

“We save money to send RM200 to Khairil every few months so that he can buy some of the things he wants. As parents, this is all we can do for him,” she said.

She said Khairil wrote home once a month and was allowed a phone call three times a year courtesy of the Taiwan government.

With Hari Raya Aidilfitri less than two months away, Hajijah and her husband are counting the days to hearing Khairil’s voice again. Khairil is the second of their three sons and a daughter.

Her trip to Taipei to see Khairil was an unforgettable one, Hajijah said.

“I bought a birthday cake for Khairil, wrote a birthday note and sent it to him via the prison guards. It was an early celebration for his 33rd birthday.”

Khairil will turn 38 on Nov 5 this year.

“I have no idea how long his prison term is,” said Hajijah, adding that all she can do is be patient and wait for his phone call about his release from prison.