The opening of the company’s V-Malaysia 2018 convention on Tuesday in Penang drew some 15,000 people from 70 nations.

While many guests could not resist taking photos of the stage performances, other were busy dancing to the music.

The crowd was also entertained by a Parade of Colours performance featuring dancers dressed in colourful national costumes from all over the world.

There was loud applause when QI Group executive chairman Datuk Seri Dr Vijay Eswaran and deputy chairman Joseph Bismark went on stage and thanked the guests for their support.

“The fact that we speak different languages should not divide us. 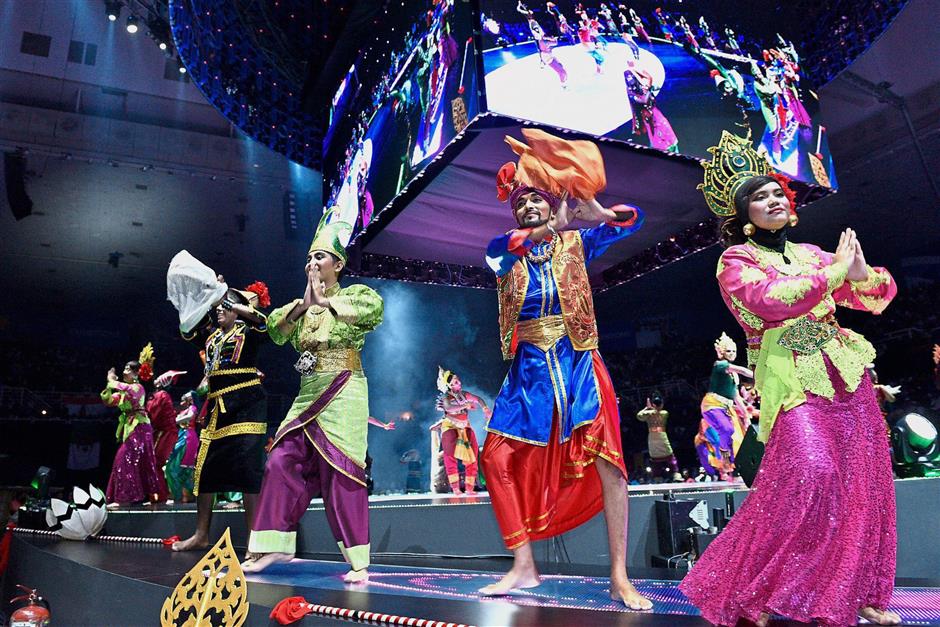 “Different cultures should not divide us.

“They should only enrich us all,” said Vijay in his speech.

In his opening speech, Chief Minister Lim Guan Eng commended QNET Group for its success over the past 20 years and welcomed the international crowd to Penang.

The evening ended on a high note as Malaysian artist Resh (previously known as Reshmonu), made a special appearance and belted out several hits.

Themed ‘One People, One Planet, One Purpose’, the five-day convention will end tomorrow. 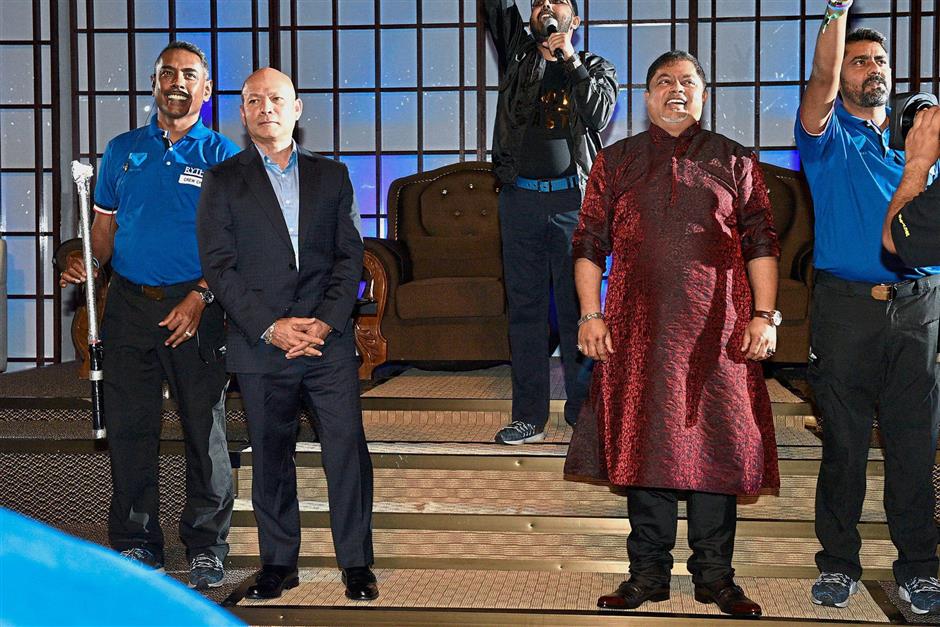 Dr Vijay (in red) and Bismark (wearing coat) thanking the guests for their support.

The annual convention is a platform to promote entrepreneurship among QNET independent representatives through training programmes and workshops.

More than 30 brands from the QNET Group were on display at the exhibition area throughout the convention.

QNET is the flagship subsidiary of the QI Group of Companies.

QNET offers a range of products via its e-commerce platform.

The company has offices and agencies in 25 countries worldwide.