WITH nomination day just around the corner, the flag war between various political parties in Penang has intensified.

A variety of party flags have been erected at strategic spots in many parts of Penang island and mainland even though it is said that political parties are supposed to put up their campaign materials only after nomination day.

PAS flags were also put up at an overhead pedestrian bridge in Jalan Batu Maung. 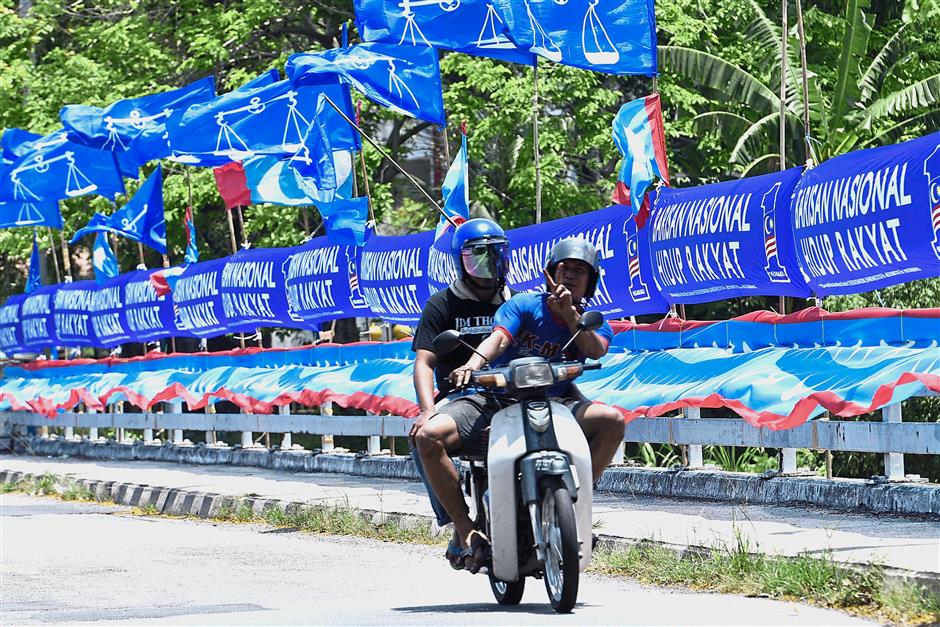 Over on the mainland, Jambatan Tunku Abdul Rahman in Perai has been decked with flags on both sides. Flags can be seen along several roads in Permatang Pauh and Bukit Tengah.

Political parties also put up banners at residential areas to catch the attention of voters.

Penang Island City Council mayor Yew Tung Seang assured that no political party flags would be removed except those that might pose danger to the public and motorists due to theirlocations.

“We understand that this is a critical time for every political party to reach out to their voters. 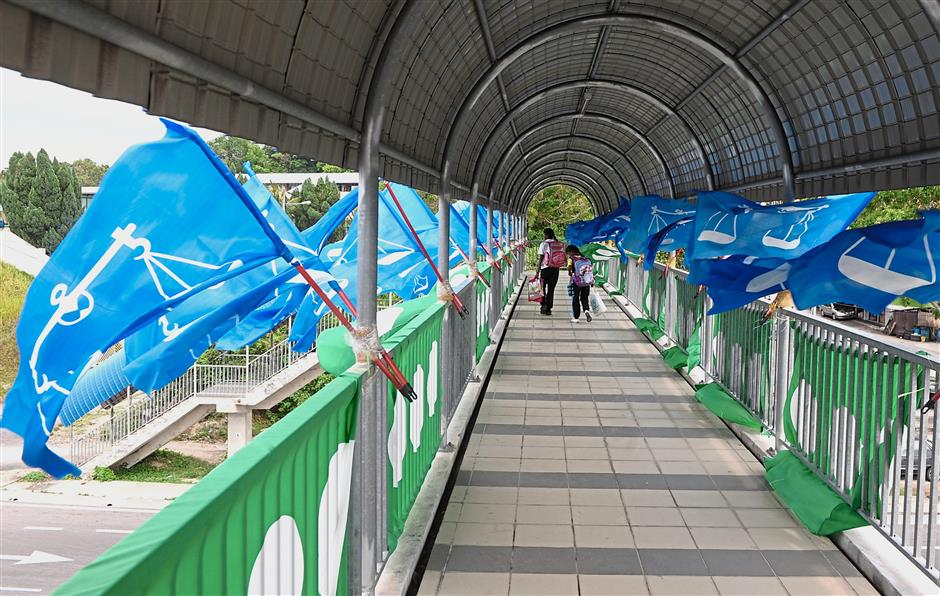 An overhead bridge in Jalan Batu Maung in Bayan Lepas is covered with Barisan and PAS flags.

“But it is important to note that the flags should be erected at suitable locations and pose no threat to the public.

“The flags should not block the street view or traffic lights, and should not be put up at schools, religious offices and public buildings,” he said.

He also reminded political party representatives to apply for permits from the council as this was required under the by-law.

Meanwhile, a check at the Penang Election Commission office in Weld Quay yesterday saw several staff members arranging the necessary items to be given to the nomination centres.

Store staff member Aiman Azeem Abd Wahab said the items arranged for the nomination centres consisted of documents, posters and other stationery items which will be used on nomination day.

He said the items had been given out to the 12 nomination centres set up in the state except one.