THERE were plenty of smiles among 30 “VIPs” from Rumah Seri Kembangan Ulu Kinta welfare home who were treated to a day out and hawkers food at a coffeeshop in Canning Garden, Ipoh.

As they tucked into their food, the senior citizens were also entertained by a live band, an unusual sight at the Vegas Restaurant.

Lu Choi Choo, 64, was among the guests seen happily eating a plate of nasi lemak.

“We have been waiting for this since about a week ago. We were supposed to come here last week but it was postponed,” she said while sipping an iced Milo.

“We are all so happy. I hope we can have another similar outing another time,” she added. 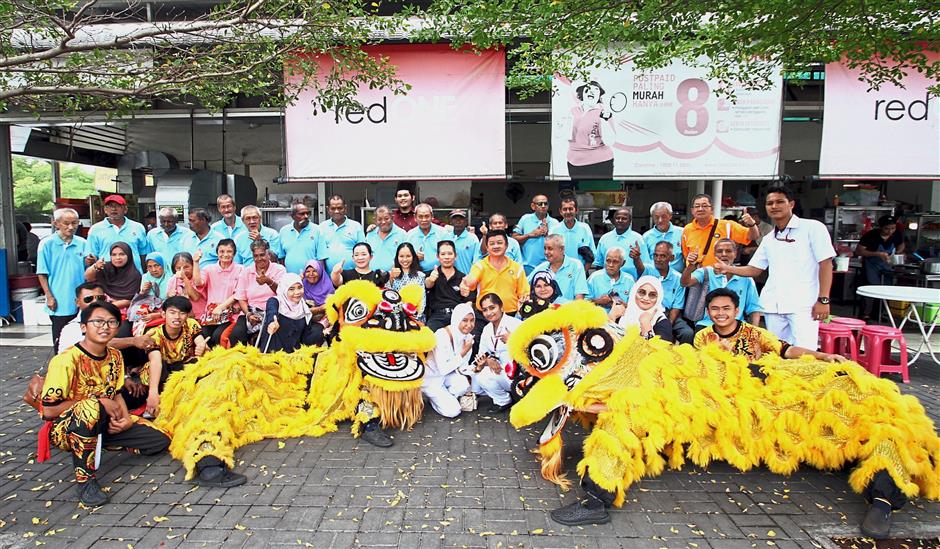 Lu said it was not common for the residents have the opportunity to visit coffeeshops, something ordinary people may take for granted.

“It has been awhile. Our caretakers and some Good Samaritans do take us out to restaurants and shopping malls every now and then but not to coffeeshops and hawker centres.

“I feel like I am living a normal life again. And the last time I watched a live band was when I was very young,” she said.

“I am just enjoying the sights here. It is fun to be out with my friends. I want to thank the organisers for planning this,” he said.

Abu Bakar, who is not married, said he misses his family in Kampung Jelutong, Penang.

“I used to stay alone while my siblings stayed elsewhere. I am just happy that I am not a burden to them,” he said. 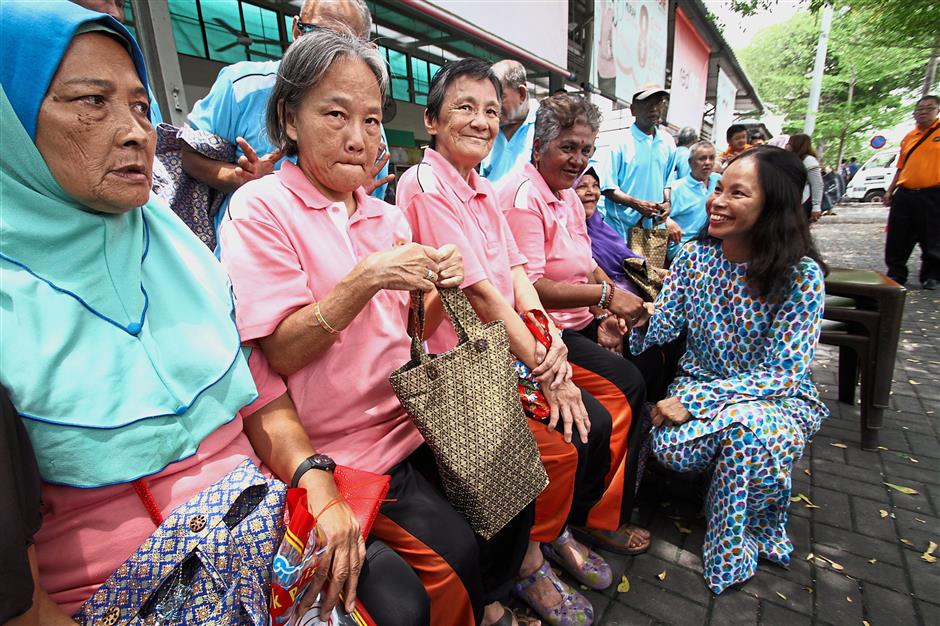 J. Diagarajoo, from Bukit Mertajam, said it was his first time eating in an Ipoh coffeeshop.

“I would like to come here again. I had rice with curry and satay. It was nice.

The 67-year-old said his wife passed away a long time ago and he was staying alone before moving to the home.

“I have two sons, both working in Penang, but no grandchildren. I had an accident and lost a finger so I can’t work now and no one was able to look after me,” he said, adding that he used to sell ice-cream and work as a security guard.

“I just try to enjoy every day as it comes,” he said, adding that he has been staying at the welfare home since 2010.

Raja Yong Sofia said the treat was so that the senior citizens could eat hawker food for a change.

“They hardly have the chance to eat in a coffeeshop. Most of the time they have catered food or they are taken to proper restaurants.

“We wanted to let the residents experience something they don’t have a chance to do on their own anymore – letting them choose and order what they want to eat instead of us making the decision,” she said. 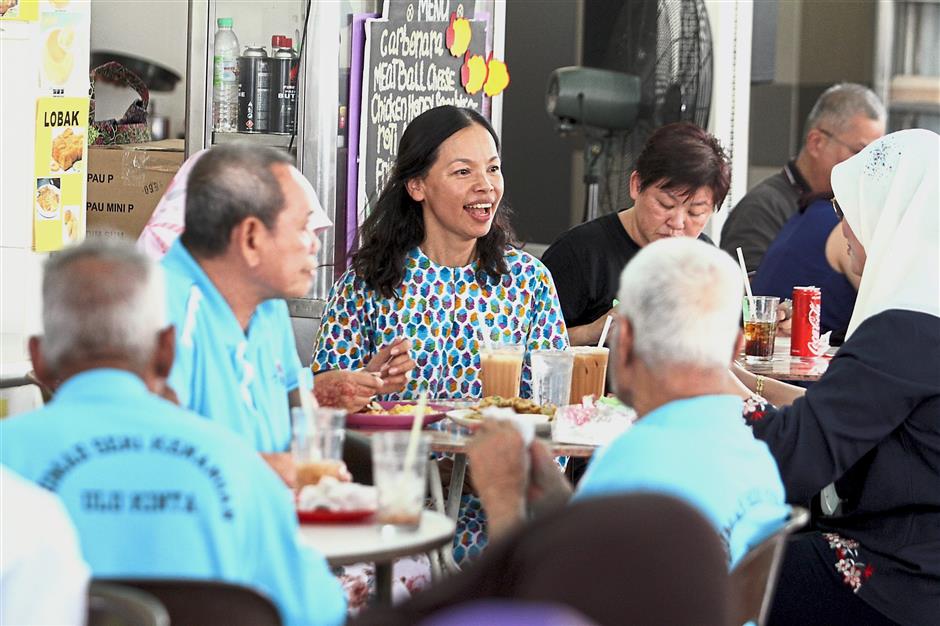 Raja Yong Sofea (baju kebaya) said she often visits the home and decided to organise the trip so residents could enjoy something they don’t normally get to do.

Raja Yong Sofia said she is has close ties with the welfare home and often visits it.

“I don’t see them as residents there. They are more like my elder brothers or sisters. The plan was to take them out of the home to enjoy a day out,” she said, adding that there are 217 residents in the welfare home. Some were unable to come because they are unwell and have mobility issues,” she added.

Yee said she became acquainted with Raja Yong Sofia as she is a regular customer.

“We have worked together on many charity events over the past four years. I am also a frequent visitor at the welfare home, ordering catered food for the residents during festive holidays or taking them out for movies.

“I think they must be getting bored with it,” she joked.

“As the late sultan’s birthday is around the corner, we wanted to commemorate the occassion so I spoke with Raja Yong Sofia about arranging an outing,” she said, adding that it was also the first time such an excursion was organised to her restaurant since it was opened in 1995.

“Maybe we can do another event for orphans and another outing during the Hari Raya,” she added.