ASTAR Scrabble Challenge International (ASCI) has a lot to cheer about this year, as it marked its 12th anniversary with the theme “Scrabble Assemble: A World Beyond Words”.

According to ASCI 2018 publicity and public relations officer Hannah Tan, the theme embodied ASCI’s aim to create a community comprising individuals with a burning passion and zeal for Scrabble, despite originating from different countries and backgrounds.

ASCI was founded in 2006 by a group of Universiti Malaya students from the First Residential College.

Its annual international Scrabble tournament held recently at Universiti Malaya was participated by 84 schools – 69 Malaysian and 15 foreign institutions. In all, 10 countries were involved in the international tournament.

The tournament was divided into four categories – Under-12, Under-15, Under-18 and Open. The U-15 category had the most participants this time round, with 145, followed by U-12 and U-18 at 139 while the Open category had 37 participants. 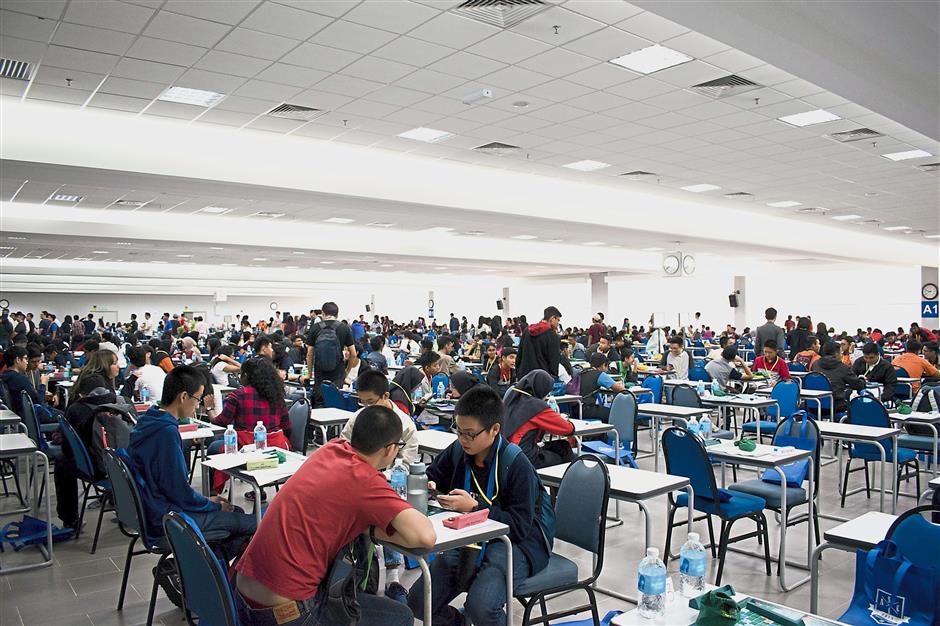 ASCI participants deep in concentration at the tournament venue in Universiti Malaya.

After two days of intense competition, 10 winners were announced from each category. Nigel Richards, 51, from New Zealand dominated the Open and came out on top, taking home RM3,000. He is one of the world’s most dominant players in the international Scrabble tournament scene.

Indonesian contestant Yoga Adi Pratama was the champion of the U-18 category that was dominated by Indonesian and Malaysian contestants. Malaysia took the 2nd, 4th, 6th and 10th spots while Indonesia reigned over the remaining places.

In U-15, Napat V from Thailand was placed first while the second runner-up and 4th placed contestants were also from Thailand.

And in the youngest category, the grand prize was won by Eirfan Razman, a pupil from SK Taman Megah in Petaling Jaya. This category was also filled with five promising young Malaysian players who managed to obtain the 5th to 9th placings.

He believed that many students needed help to improve their English.

Nurina Zahra Mohd Hafiz, an 11-year-old from SK Kantan Permai, said she joined ASCI because she enjoyed playing Scrabble, while 10-year-old Muhammad Nzreen Syazmi Mohd Nazmi said the board game was fun because he could learn new English words.

On the other hand, his brother Muhammad Nzreen Syahmi, 12, said playing Scrabble and joining ASCI enabled him to make a lot of new friends.

Overall, Malaysia was the key player in this year’s ASCI with 18 wins, followed by Thailand which obtained 10 wins and Indonesia with eight wins.

They were assisted by tournament director Ganesh Asirvatham, who was second runner-up of the World Scrabble Championship 2007 and a former Guinness World Record holder for the most Scrabble opponents played simultaneously by one challenger.

MSA president Mohammad Ali Ismail and Wespa youth committee chairman Karen Richards were presented with a plaque each as a token of ASCI’s appreciation for their unwavering support.