An elevated view of Kampar town. MCAs candidates are focusing on issues affecting the people and hope to do more if they are elected as the peoples representatives.

THE parliamentary constituency of Kampar in Perak has been keenly contested by MCA and DAP over much of its history.

For GE14, the recent redelinea­tion of electoral boundaries has raised eligible voters in the constituency from 63,619 to 66,579.

MCA’s choice for the parliamentary seat, Datuk Lee Chee Leong, whose candidacy was announced by the party president in January, has other plans in terms of propelling change in the constituency.

He said while Kampar is recognised as Perak’s educational hub, it has potential to grow in other sectors.

Lee, who held the position of Kampar MP from 2008 to 2013, wants to spur development in the constituency with a variety of activities.

One of them is eco-tourism, thanks to Kampar’s richness in nature-based attractions.

The land around the Kinta Nature Park, which covers parts of Kampar, Tanjung Tualang and Chenderong, is quickly becoming known as a bird sanctuary.

The many ex-mining ponds in the area have become a magnet for both local and migrating birds, said Lee.

“When birds migrate over here during the winter season in Siberia, there are easily more than 100 bird species found there.

“It becomes the perfect haven for bird watchers,” he said.

Lee said boosting tourism in Kampar would offer new jobs to the locals as well. 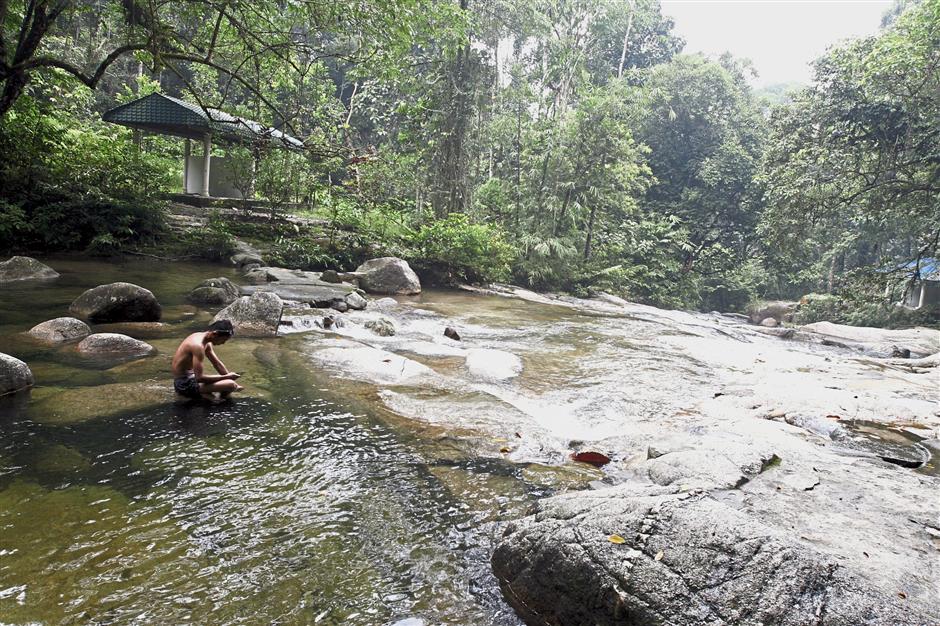 Lee feels more can be done to boost tourism around Kampar as the area is blessed with natural beauty.

“There are many quaint homes in New Villages here that can be refurbished into vintage-style homestays.

“Besides this, the villagers can also be trained to take on jobs such as tour guides to help improve the experience of travellers,” he said.

Lee named other eco-tourism activities readily available in Kampar, such as cave exploration in Gua Tempurung and water rafting.

“Kampar already has all these wonders to offer to the world, but to truly tap into the potential, we will need to do more to upgrade infrastructure as well.

“This is part of Kampar MCA team’s plan to further develop the area,” he said.

Lee said boosting other sectors in Kampar is vital now that the influx of students into the educational hub has made the local economy quite vibrant.

“But, relying on the existing universities to bring further development is not enough.

“There will come a time when the universities will not be able to take in more students and when that happens, the economic environment might come to a standstill,” he said, adding that Utar currently has an enrolment of 14,000 students.

With more people coming to Kampar for work and studies, Lee stressed that this is exactly the time to to tap into more of Kampar’s potential in other sectors.

Chang said je aims to tackle land-ownership problems and improve the livelihoods of New Villagers, while Wa wants a more advanced drainage and irrigation system for the constituency.

On the other hand, Dr Ko said the redelineation was most likely done to improve Barisan Nasional’s chances of winning in different areas.

“To me, moving 3,000 voters, mostly Malays, from Chenderiang (a state seat currently held by MCA), seems like a manoeuvre to boost Barisan’s chances of winning Kampar back,” he said. Dr Ko said one of his main goals is to ensure Kampar gets a new hospital to replace the current one situated on a steep hill.

Dr Ko said the people on the ground are frustrated with national issues plaguing the current administration.

He said the biggest problem people can identify is corruption, followed by the rising cost of living.

“The sentiments shared by my friends have never been this bad for as long as they can remember.

“This remains something critical that needs to be dealt with,” he said.

Dr Ko said, if he successfully defends his seat, his number one aim will be to fight for a new hospital in Kampar.

“A new hospital was promised in 2012 to replace the current old hospital, but the plan has been delayed for five years now.

“Whether I win or lose, I will continue trying to get this issue resolved as quickly as possible, as it affects all Kampar constituents,” he said.

Dr Ko said the old Kampar hospital was built in 1949 on a hill and is no longer suitable.

“Access is difficult for the sick and the elderly when they have to walk up a near 30° slope.

“It is very steep – too steep for old vehicles to go up,” he said, adding that it is not feasible to upgrade the old hospital anymore because the location is unsuitable.

“It is high time that Kampar residents get a new, modern hospital, especially now that Bandar Baru Kampar is developing quite rapidly,” he said. Lee feels that Kampar has the potential to grow in other sectors besides education.

DAP candidates for the two state seats have yet to be confirmed for the general election, although there is talk that Leong may defend his seat.

There is also a possibility that a new face, Chong Zhe Min, who is Perak DAP economic bureau chief, will be fielded for Keranji.

The Opposition is expected to field a PKR candidate for Tualang Sekah.

The Tualang Sekah state seat is currently held by Puteri Umno’s Datuk Nolee Ashilin Mohd Radzi and it is expected that she will defend the seat. 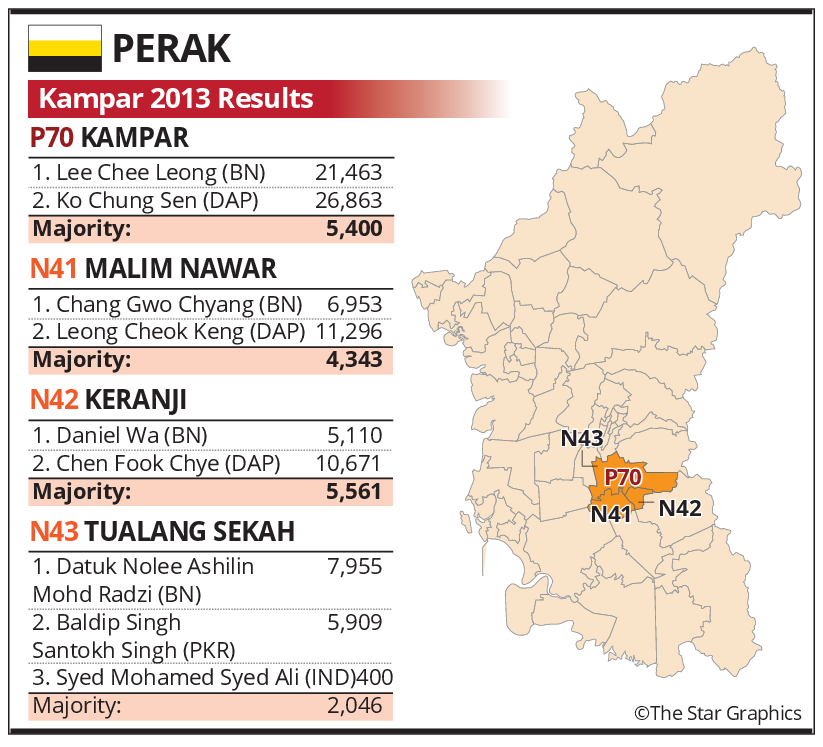