Living it up by the bay

WHEN it comes to music, it is better to live it than to just listen.

Heineken had this in mind when it introduced the Live Your Music global platform in 2016, which uses a shared passion for music as its base to redefine and elevate the way music fans see, hear and access music in the world around them.

Live Your Music engages fans across multiple events, ranging from DVVBS and Dash Berlin to OBSCR Cup and the Good Vibes Festival. 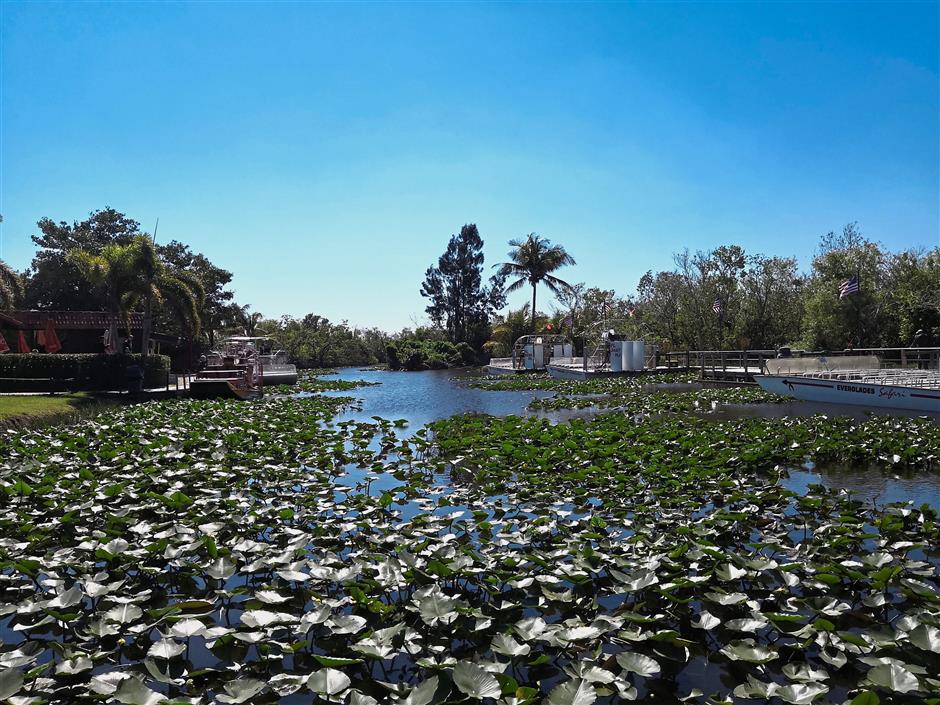 The one-day tour around Miami began at the Gator Park with an Airboat tour to see American alligators, different bird species and even softshell turtles.

Throughout November 2017, Heineken invited consumers across Malaysia to unlock 100 different music experiences for themselves and their friends.

The grand prize was an international music experience unlike any other with the Heineken Live Your Music Ultimate Music Journey to the US.

The winner had to accumulate points for every bottle or glass purchased, and every point higher got them closer to the grand prize. 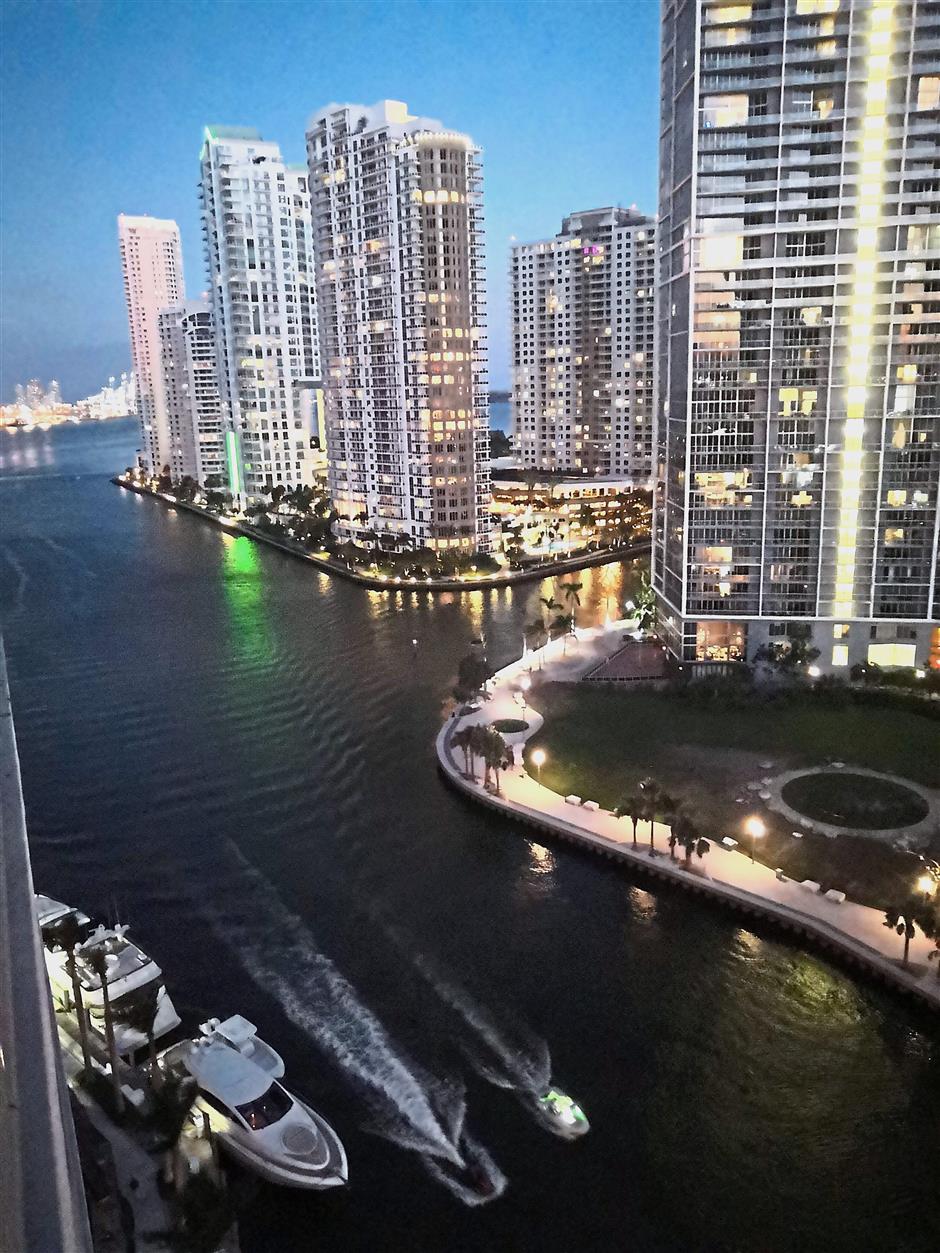 The view of Downtown Miami from Area 31, a restaurant and bar where we dined on our first night in Miami.

At the end of the month-long challenge, sales executive Victor Tan won the trip and brought three friends – Colin Yap, Christine and Zen Ngiam – along for the ride.

To their surprise, they were treated to VIP access to one of the biggest music festivals in North America – the Ultra Music Festival Miami.

Attended by more than 100,000 people yearly, 2018 marks the 20th anniversary of the festival which sees the world’s leading DJs on stages with high-end audio-visual productions. Every year, more than 100,000 electronic music fans from around the world convene in Miami for one of the largest music festivals in the US – Ultra Music Festival.

The journey to Ultra began in the wee hours of March 21 when the four began their journey with representatives from Heineken Malaysia and Star Media Group Bhd.

After a long and tiring 28-hour journey, we landed in the Sunshine State to a chilly spring evening.

During our five-day stay, we were greeted by chilly nights, and cool yet slightly warm weather during the day.

Our first night was spent getting to know one another at a fancy bar and restaurant called Area 31 on the 16th floor of Miami’s Kimpton Epic Hotel, which offered a spectacular view of the Miami River and Biscayne Bay.

A day tour organised the next day landed us in the front seats of an airboat that glided along a river of grass at the Everglades National Park. 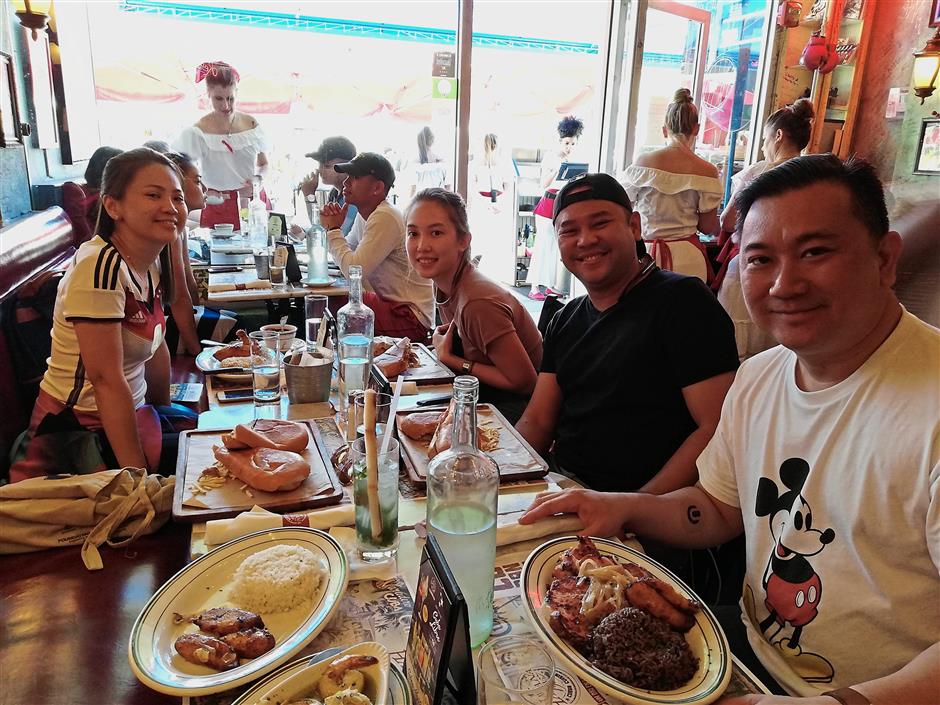 No trip to Miami is complete without trying Cuban cuisine, which includes the must-have Cubano sandwich.

At high speed, we moved along the river and spotted American alligators and softshell turtles, and discovered some of the hundreds of bird species at the national park.

The right way to see Miami, according to our tour guide Joseph, was by boat along Biscayne Bay, and that’s what we did next.

We took a 90-minute guided boat cruise along Biscayne Bay with a bilingual guide (Spanish and English) explaining some of the things along the way. 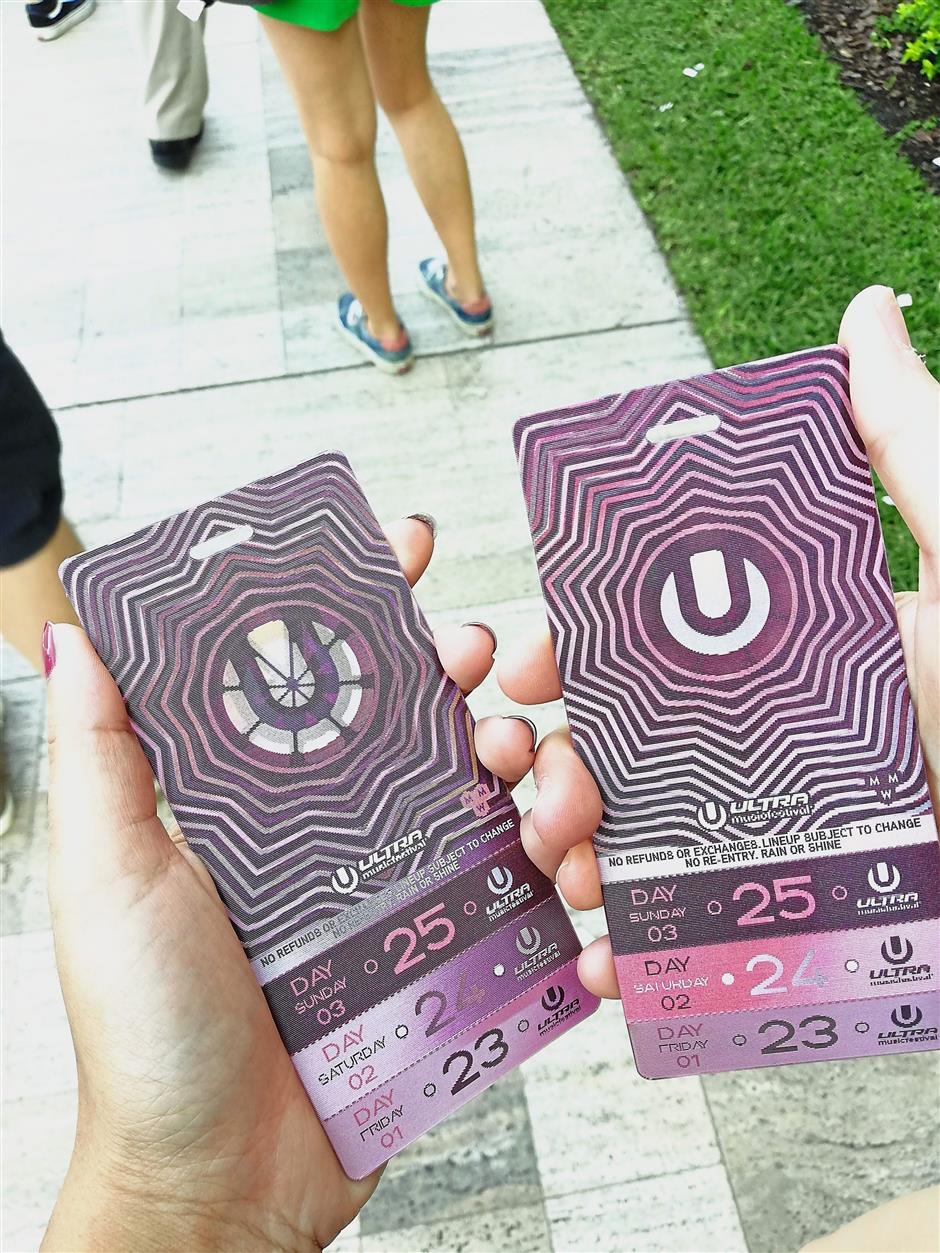 Party boats, yachts, ships departing from port, man-made islands, jet-skiing youngsters on spring break and eye-catching beachfront estates belonging to some of the big names in the entertainment industry like P. Diddy, Gloria Estefan, Ricky Martin were all in clear view during our cruise.

We were also lucky to be greeted by dolphins along the way.

As Miami is known to have a rich Latin culture, we soaked it in by indulging in the sights, sounds and taste at Little Havana and along Lincoln Road.

The Ultra experience then happened from March 23 to 25. Gifts from Heineken Malaysia before the flight to Miami were badges, a Heineken luggage tag and a mini bluetooth speaker.

With VIP passes, there was no need for long queues into the venue and, even better, to the restrooms.

For the ravers in our group, Ultra was a completely new experience.

To ensure you don’t miss your favourite DJs, there is an Ultra app which allows fans to check and create their own schedule of where and when their anticipated DJs were spinning.

Ultra began in 1999 with 10,000 people at its one-day event and today, it has grown to include Ultra Live, Ultra Music Festival Radio broadcasts live from the festival and more stages designed to heighten the music experience from the Worldwide stage with screens that arch over music fans to the fire-breathing Arcadia Spider at the Resistance stage.

The festival was spread across Bayfront Park this year, boasting top-notch DJs including Tiesto, Armin Van Buuren, Carl Cox, David Guetta, Pete Tong, Hardwell and Steve Aoki, as well as live performances by acts such as Empire of the Sun and Azealia Banks. 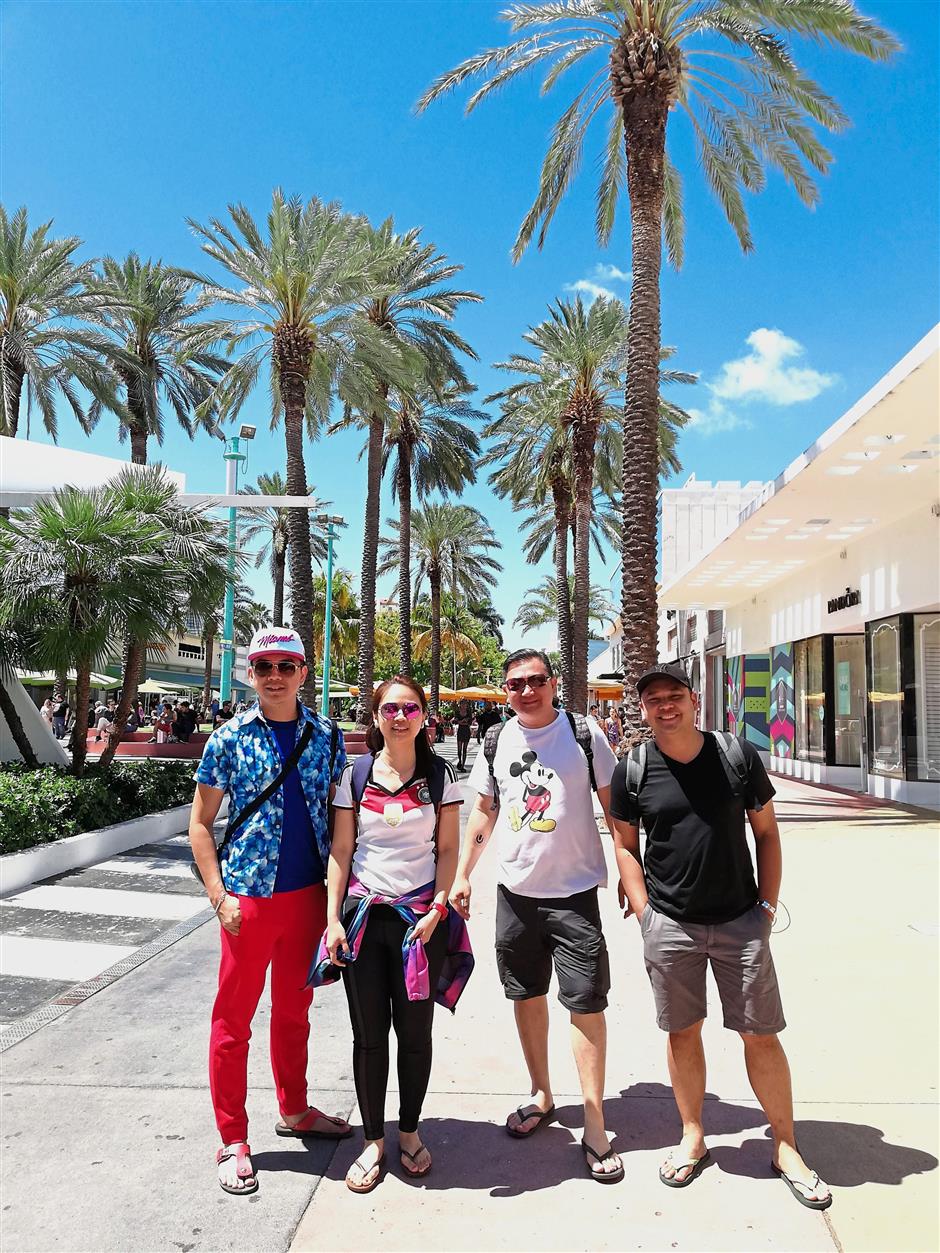 Unlike other raves, Ultra started as early as 4pm and ended at midnight, except on the final day when curtains closed at 11pm.

Food and drink stalls were scattered around the park and no matter where you turned, there would be people from all over the world dressed pretty interestingly for the festival.

Throughout the festival, flags of different nations were put up high at the main stage to show where some travelled from just for the festival.

As the festival dived into its 20th year with the mantra “Expect the Unexpected”, there was much to be anticipated.

There were surprise guests such as Will Smith, Becky G, Sean Paul, Daddy Yankee and Desiigner but the highly anticipated performance was the reunion of supergroup Swedish House Mafia. 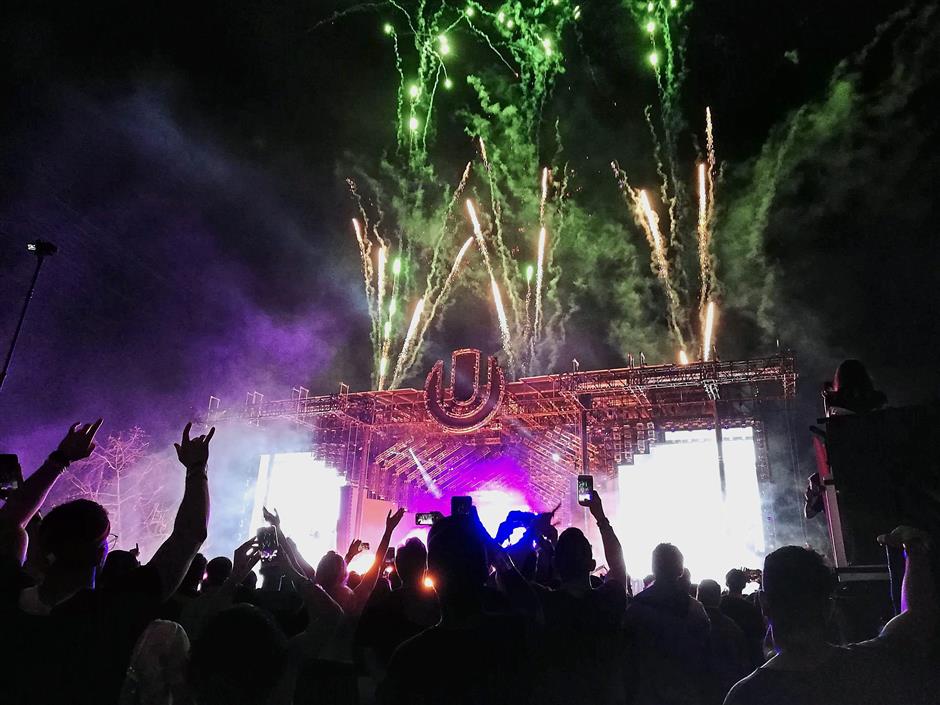 A lot of thought goes into staging, lights and pyrotechnics at the Ultra Music Festival that leaves any newcomer in awe.

Weeks before Ultra, whispers of a reunion spread on social media and on the final night, the main stage was left empty for nearly an hour after David Guetta.

Cheers erupted when three figures – Steve Angello, Axwell, and Sebastian Ingrosso – took to the dark elevated stage as lights began dancing to the beat of One (Your Name), the group’s 2010 hit.

The trio certainly did not disappoint, mixing some of their older and newer songs to a sing-along crowd who have religiously followed their journey from years before.

Victor Tan had this to say about his Ultra experience, “it was off the hook. A totally different ‘rave party’ on a different level than the ones I’ve been to.” 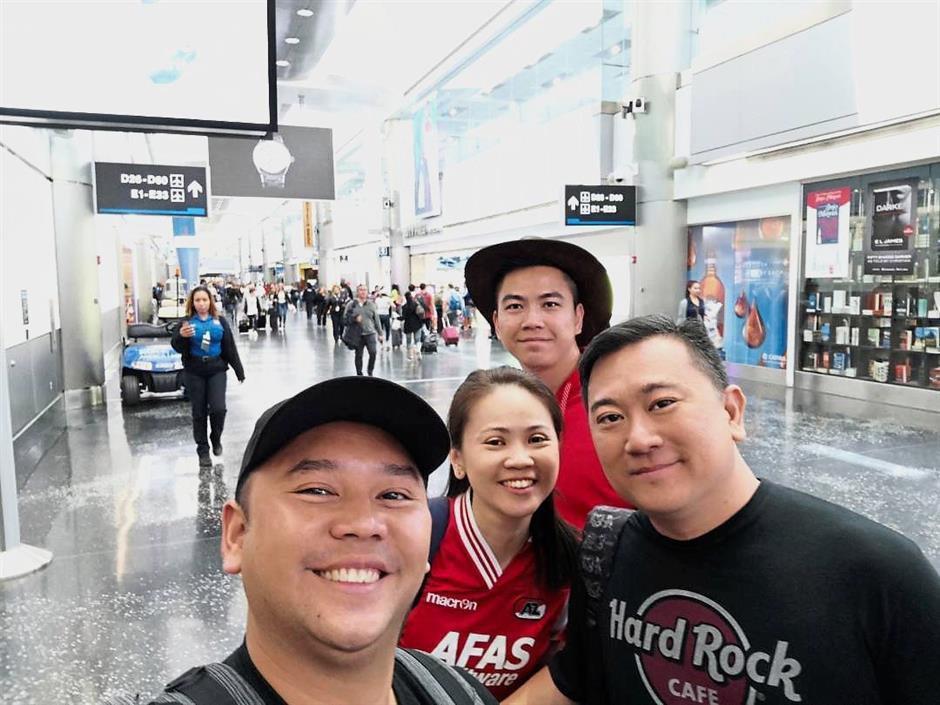 Victor Tan and friends left the United States with bags full of memories and souvenirs for family and friends.

After an exciting year-end that showcased more than 100 experiences for music fans, Heineken Live Your Music kicks into with gear more ground-breaking explorations in music this year.

Today at KL Live, Heineken will line up a night of unmissable music with Grammy Award-winning house DJ and producer Zedd, on his Asia Club Tour 2018.

Watch out for their Instagram stories at 3pm, screengrab the iconic Heineken Red Star in the video and send it to @heinekenmy via direct message.

If you are among the first three to send the Red Star, you and a friend will secure VIP entry to Zedd’s Asia Club Tour 2018.

For further details on Heineken Live Your Music, visit www.facebook.com/Heineken