The refurbishment of Perak Stadium also includes resurfacing and repaving of roads in an around the stadium. ﻿— Photos by RONNIE CHIN/ The Star

THE Perak Stadium is set to reopen next month and host its first Super League match between Perak and Kuala Lumpur on April 29.

“All aspects of work are going smoothly with no delays expected.

“The stadium will reopen in April for the Super League. We look forward to welcoming back our home team and other teams at the upgraded facility. 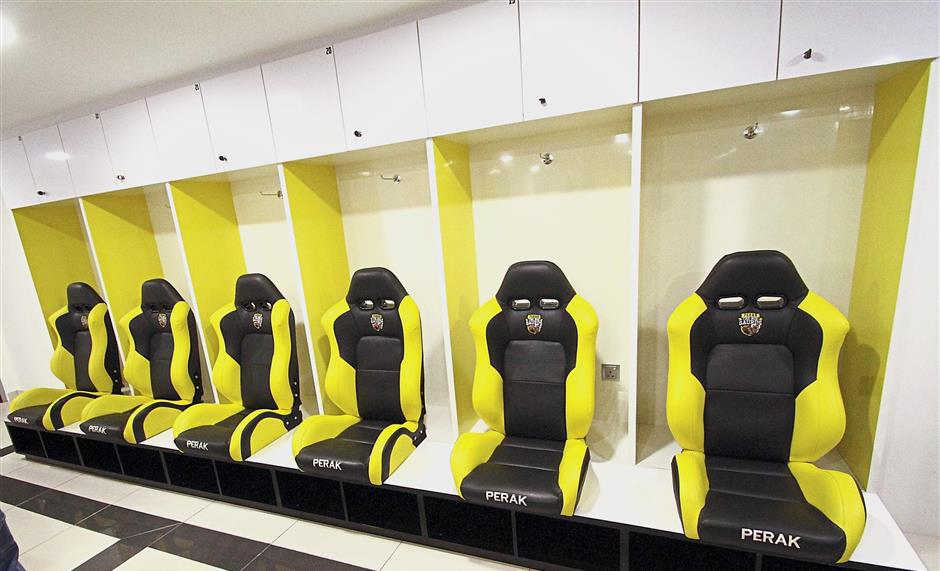 “The opening and closing ceremonies for Sukma 2018 will also be held at the Perak Stadium,” he told MetroPerak.

Zamri said that the stadium was upgraded according to specifications set by Football Malaysia Limited Liability Partnership (FMLLP), the organisation tasked with the privatisation of the Malaysian football league system.

He said some of the improvements, include upgrading the quality of the football field with a better surface and grass, the running track and some of the public areas.

“Seats at the grand stand and terrace area are being replaced. We have also installed more disabled-friendly facilities, such as ramp and lifts. There will be more toilets for the public and also players. The renovated surau is also bigger and more comfortable now.

An artist’s impression of the Perak Stadium’s facade. The stadium will be reopened on April 29.

“Even the façade of the building is being upgraded with a fresh new look,” said Zamri, adding a special sporting event for the disabled is set to be held in the stadium after the Sukma games.

It was subsequently upgraded and refurbished four times through the years to its current 42,500-seat capacity.

In 1997, the stadium was upgraded for the Fifa U-20 World Cup and renovated again two years later at a cost of RM1.94mil by the state government.

The stadium is under the administration of the Ipoh City Council (MBI) which oversees its general maintenance.

It is also the home ground for Perak “The Bos Gaurus” Football Club, the professional club representing the state in Malaysian football competitions, and competes in the Malaysia Super League.

However, following complaints about the unsatisfactory pitch condition, the stadium was ordered to close by FMLLP in July last year for repairs. The refurbishment work in the entrance into the Perak Stadium is nearing completion.

As Perak is hosting the Sukma 2018 games in September, the state government made the decision to upgrade the stadium and other sports facilities in the state.

Football and sports fans in the state say they are pleased that the iconic stadium has be given a new lease of life.

Calling himself a die-hard fan of Bos Gaurus, Sabri Pesyek, 30, said that he can hardly wait to catch the April 29 match at the stadium.

“It is going to be the first match after the stadium’s opening and I really want to see it.

“The renovated stadium will certainly be a boost for the state’s football development when it reopens.

“I’m sure the new facilities will allow even more people to enjoy watching and supporting sports events in a comfortable setting,” he said.

Sabri noted that the stadium’s facilities used to be in poor condition and its last renovation was almost twenty years ago.

“There were not many toilet available and I remember having to queue for quite a while to use the toilet. The changing room for players now features a jacuzzi.

“The surau was small and it got crowded frequently,” he said, adding that the ticketing system at the counter also used to get messy, especially when there was a high-profile match.

Describing the upgrade as long overdue, he called on people, especially supporters of the state’s football team to take care of the upgraded facilities in the stadium together.

“It is like taking care of our own homes, even if it’s meant for everyone. Furthermore, this is home for Bos Gaurus,” he added.

Seladang Football Club secretary Ahmad Razmi Kamaruddin said that the upgrade is good branding for Perak itself, as it is the only stadium in the state with seating capacity big enough to host major matches.

“With the facelift and enhanced facilities, more matches can be brought here and more Malaysian teams will get to play in the stadium.

“Perak Stadium can be an additional venue for national football matches other than the current preferred stadiums in Bukit Jalil (Kuala Lumpur), Larkin (Johor) and Shah Alam (Selangor).

“I am confident that the Football Association of Malaysia will even bring international matches involving Malaysia to the Perak Stadium in the future,” said Ahmad Razmi, adding that the new look, ambiance and environment will stimulate good spirits in both players and fans of the Bos Gaurus.

He also lauded the “thoughtful touches” in the stadium, saying that it used to be difficult for disabled fans to watch a match comfortably. 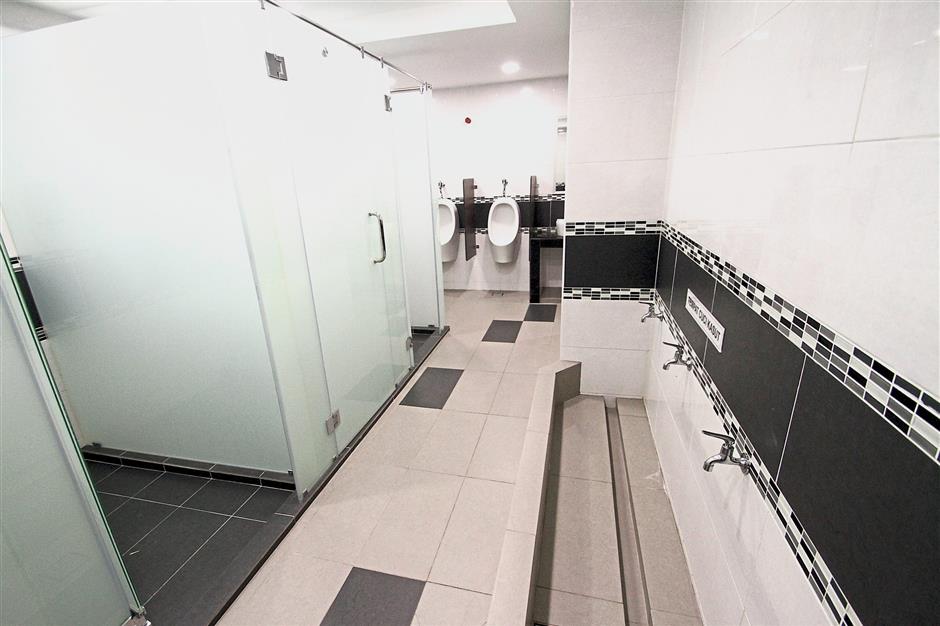 Public toilets and changing rooms in the stadium have been improved.

“There was no access ramp for wheelchairs at both the grand stand and normal terrace. The wheelchair-bound fans used to need the help of others to lift them in order to be properly seated, and the same goes when they wanted to leave.

“But all this will be a thing in the past with the new lifts and ramps in place now,” he said, adding that he is thankful to the state government for its willingness to make the facelift a reality.

“A stadium might not mean much to some, but such facilities can bring happiness to many, especially fans of sports,” he added.

Ahmad Razmi’s view is shared by editor Zuraimee Zainal, who said that “football fans and stadiums are inseparable.”

“The stadium is where sportsmanship, teamwork, patriotism, camaraderie, willpower and the spirit of not giving up, among other values, are taught better than in classrooms.

“Perak Stadium is the pride of many, especially ardent sports fans,” he said.

Zuraimee from Manjoi also noted that maintenance and upkeep of the football field must be taken seriously following the upgrades.

“In the last Super League season, Perak had to change to another venue at the eleventh hour following turf problems.

“We certainly do not want this to ever happen again. I hope the relevant authorities will do it right this time and take good care of the field,” said the 43-year-old.

Zuraimee also hopes other facilities such as high-speed internet access and good telecommunication coverage should also be available at the stadium for the media covering events at the stadium.