An overview of part of Klang’s Little India that shows the main thoroughfare of Jalan Tengku Kelana.that is being proposed to become a one-way. — filepic

KLANG’S iconic Little India heritage trail will get much needed user-friendly street upgrades with a dedicated pathway for pedestrians in a bid to ensure all visitors would enjoy a comfortable sightseeing experience.

Old buildings will be repainted, better lighting provided at night at heritage buildings, a signage entrance and a monument are on the drawing board for the royal town.

Klang Municipal Council (MPK) president Datuk Mohamad Yasid Bidin said the main thoroughfare of Jalan Tengku Kelana in the Little India enclave and its surrounding areas would be refurbished to maximise the attractiveness of tourism sites.

“The Selangor Government, through the Selangor Economic Action Council, has approved RM6mil for tourism development in Little India where the project is referred to as Royal Klang Town Heritage Walk (RKTHW)”.

“MPK is excited about the approval for the project. It will take three months for the allocation to be given to MPK. We estimate that the warrant will be handed in the first week of July and our Engineering Department will engage an urban designer to provide us with the artist’s impressions,” he added. 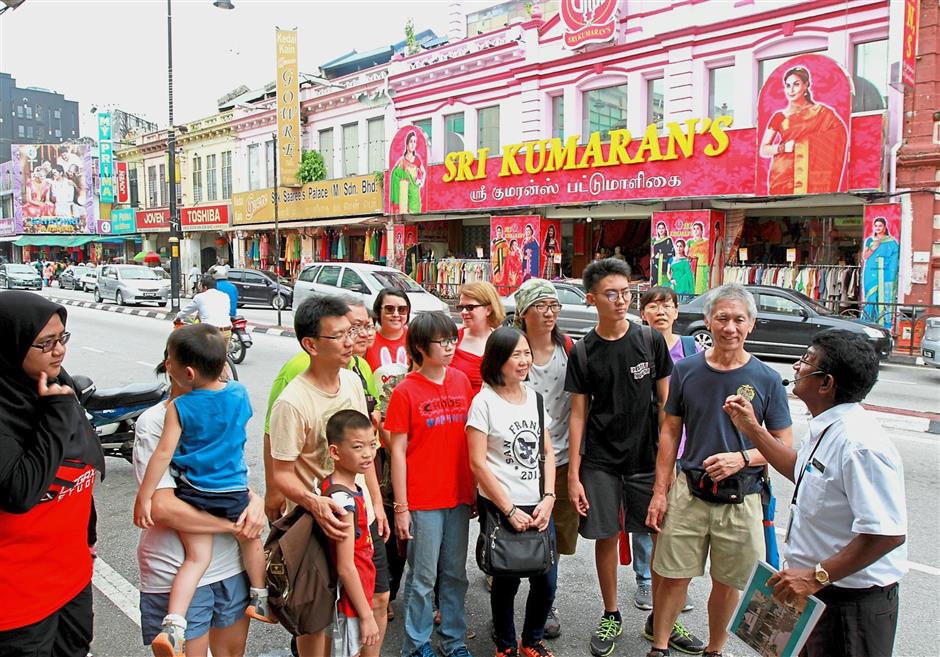 Yasid said the state government shared the same view with MPK to ensure that domestic and foreign tourists enjoyed a satisfying, comfortable and stress-free sightseeing experience in Klang.

“One of the street upgrades is the construction of a 5km walk path around the heritage area. We want it to be safe, user-friendly and accessible to the wheelchair-bound. We want this project to be a success and MPK will consider input from the Entrepreneurs’ Association of Little India Klang,” he added.

StarMetro reported in March 2016, that MPK had planned to upgrade the enclave that year when the council tabled a detailed proposal to the Tourism and Culture Ministry for the revitalisation of Little India, requesting RM6.3mil under the 11th Malaysian Plan. The budget, however, was not approved.

Entrepreneurs Association of Litle India Klang president N. P. Raman said he was glad that the upgrade for Little India would be carried out in a few months’ time as the business enclave was seeing an increase in tourists and more old buildings were being converted into budget hotels. “Our entrepreneurs are happy with the MPK president’s determination to secure the state allocation despite several setbacks earlier. We want this project to proceed as it will help all businesses in the area,” he said.

Yasid said the council planned to make Chetty Padang next to the Sri Nagara Thendayuthapani temple in Jalan Bukit Jawa, as the meeting point for tourists.

“Our Town and Planning Department feels that the area is viable as it has ample parking space for tourist buses and the council’s tourism information booth is located along the heritage trail,” he said.

According to a Selangor Government source, MPK will spend an estimated RM180,000 for the signage entrance, RM135,000 for the Royal Town monument, RM405,000 to repaint the old buildings and construct a new trail and provide new lightings under the upgrades in Phase One, which would cost an estimated RM1.2mil.

It is understood that MPK plans to spend an estimated RM2.1mil in Phase Two, to construct a maze using a combination of hedge trees and wooden fences and improve the landscaping at Chetty Padang.

Under Phase Three, it is learnt that the council will spend an estimated RM2.3mil.

Among the upgrades are the walk paths, bicycle station, elevated pedestrian crossing zones and interlocking pavers with signal lights that will cost an estimated RM470,000.