Looking at the bigger picture of love

FIGURATIVE painter Syed Thajudeen takes viewers on a stroll through history and legacy by capturing events of the outside world in his paintings.

Most of his art pieces feature bold and vibrant colours, which he plays around with to come up with unexpected and unique combinations that evoke emotions.

The artist’s large-scale art pieces capture the beauty and essence of being human as much as it tells the story of the creative process involved.

“I was initially sent to India to study medicine, but philosophy and spirituality there sparked my curiosity and interest.

“So, I continued to research and depict our local history, customs, traditions, legends and folklore using art,” said the painter, who is in his 70s.

Instead of going with the flow, he chooses to adhere to his own principles and ideals.

“Despite the rise of modern art, I am still fascinated by figurative art in oil, a classic technique in art expression. 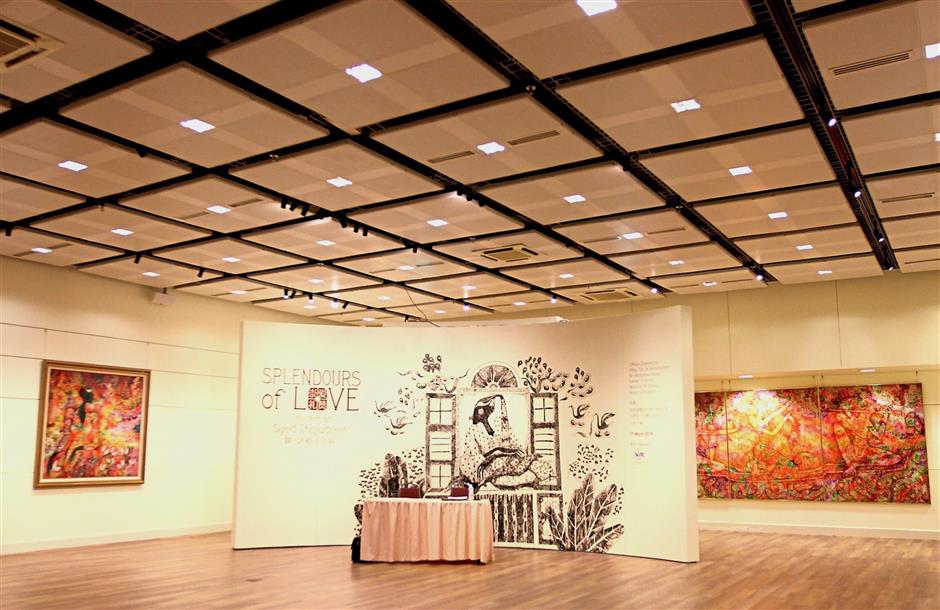 The exhibition showcases three main themes – Love for the Nation (Merdeka), Love of Culture and Heritage as well as Love for God (Spirituality).

“I wish to create awareness in the Malaysian art scene by bringing people back to the prime point, to respect our traditions and love our homeland through this exhibition,” he enthused.

His paintings depict the kind of love that transcends romantic emotions between two individuals.

“At each stage of one’s life, he experiences love.

“At birth, a mother’s love and as a young adult, from a lover’s touch.

“There are also different forms of love including the strong sense of duty and love of a man for his nation and finally as an older wise man, who has a deep connection with his creator,” he said.

Inspired by the first letter in the Arabic alphabet, one of the murals on canvas entitled “Alif”, from his famed Spirituality series, signifies the beginning of the universe. Syed Thajudeen says he wants to contribute to the country and capture local legacies that has caught his attention.

“Spiritual growth and development is important for all-round growth and sources of resilience as well as coping in adversity and hardship.

“The significance of spirituality in life can be easily seen especially in a society where there are suicide cases,” he said.

Despite his Indian education background, themes of his work are mostly based on the Malaysian culture and literature which can be seen in the epic Malacca Sultanate series.

“Some paintings are connected to our local culture and legacy, such as ‘Eternal Love Between Hang Tuah and Puteri Gunung Ledang’ as well as the founding of Melaka. 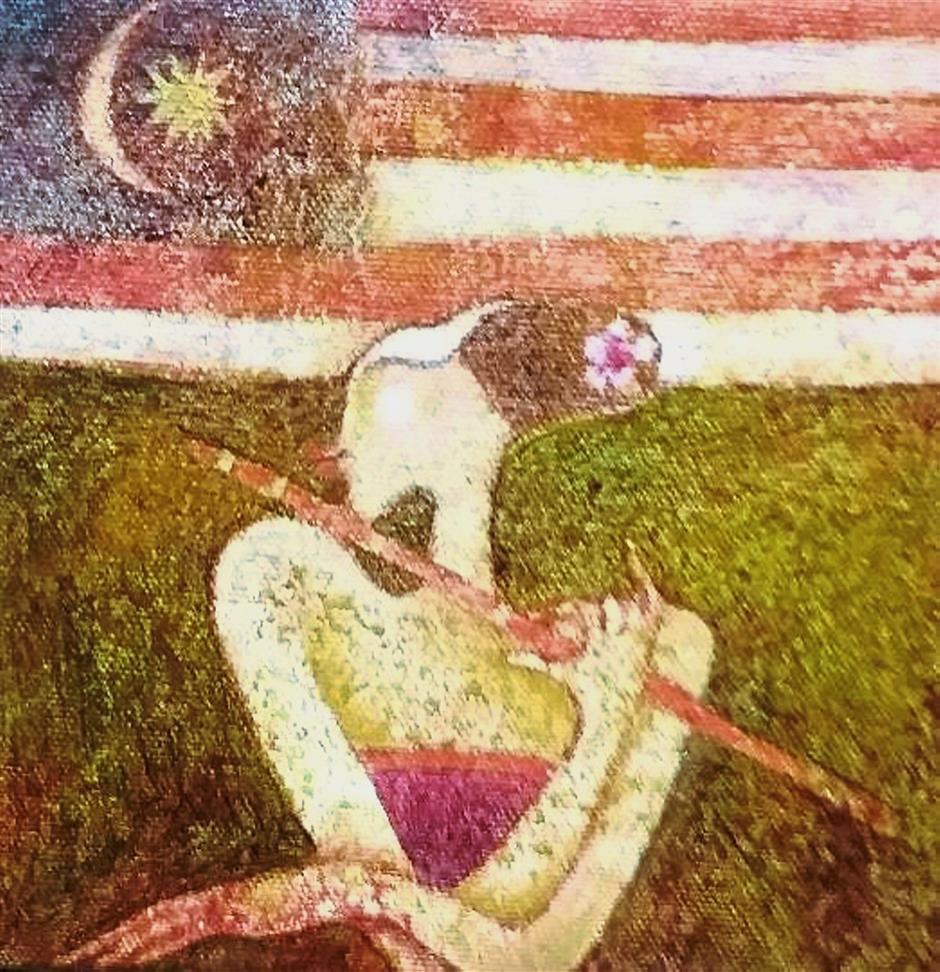 “I want to contribute to this country, while at the same time capture legacies that have caught my attention,” he added.

Forty-two art pieces are on display at the exhibition from today until April 8.

The exhibition is open for viewing from 11am to 5pm.