Students have to be taught to keep their school compound clean so as not to be a mosquito breeding ground.

KLANG schools are on alert for dengue cases after 230 students were down with the fever in the first two months of the year.

The students, aged between 10 and 19, are believed to have contracted dengue from one main Aedes mosquito breeding ground – the toilets at school.

“Cisterns with broken or missing lids with little water were found with Aedes larvae at certain schools. We are worried the cases involving children and teenagers.

“Our environmental health officers specialised in vector- borne diseases have inspected primary, secondary and upper secondary schools to ask students to identify and remove potential breeding sites and to educate them on Aedes mosquitoes,” he said.

Azmi added that in January there were 94 cases and the figure increased to 136 cases last month. Azmi says in the first two months of this year 230 cases of dengue fever were recorded in schools in Klang.

Azmi confirmed that there have been 1,047 dengue fever cases recorded from Jan 1 to Feb 28.

“Our health officers are visiting two schools a week and in a month at least 10 schools are checked,” he said.

He added that MPK was worried with the coming school holidays from March 17 to 25 as water will remain stagnant in the cisterns.

“Students and teachers will be on leave and toilets will not be flushed. Water in toilet bowls, cisterns and pails will become breeding spots for mosquitoes.

“We will send out a circular to all headmasters to clean up their school compounds before school reopens on March 26,” he said.

Azmi also informed schools that do not have abate to substitute it with rough salt. 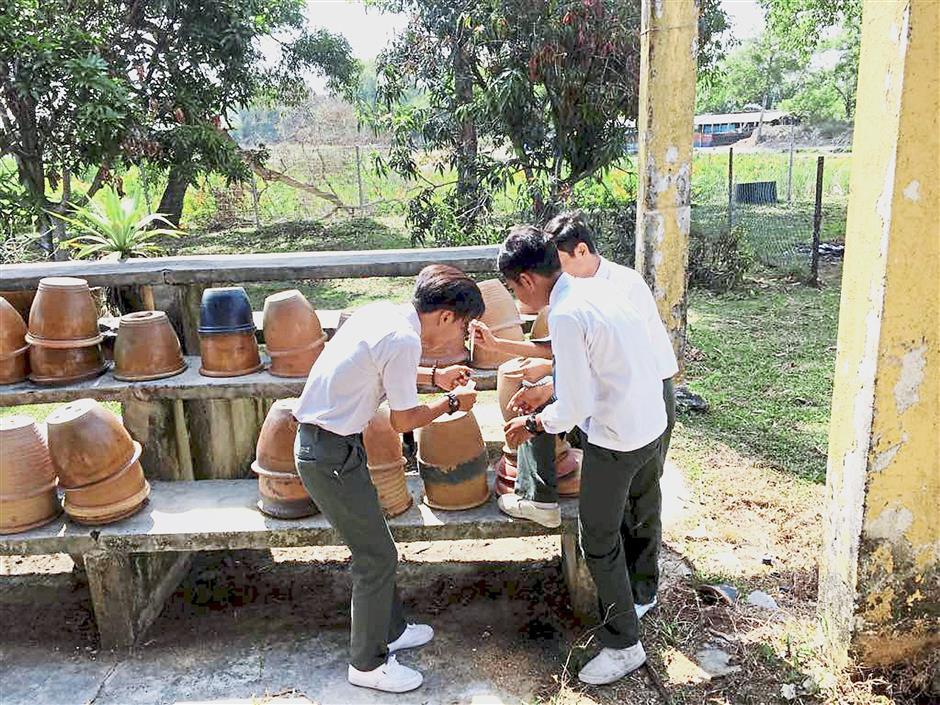 “We want them to use repellents as a safeguard against dengue,” he said.

MPK corporate communications director Norfiza Mahfiz said the people’s initiative, known as the Community Free of Aedes, 10-Minutes (KOBA-10) where people were encouraged to spend 10 minutes a week to clean up their surroundings was much needed.

“KOBA-10 is a community-based approach to identify ways to reduce dengue cases in residential areas. It is crucial to have community support to stop the chain of dengue transmission,” she said, adding that fighting dengue could not be done by MPK alone.

She said concerted efforts could reduce the number of breeding grounds.