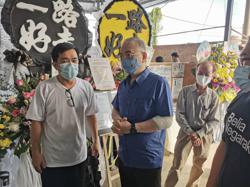 YONG PENG: Starting from a small sundry shop established in 1905, Koh Yong Long Sdn Bhd has since grown into a major distributor in the southern peninsula for several fast-moving consumer goods (FMCG) brands, with an annual turnover of RM100mil.

The company is set to increase this turnover by an estimated 40%, with the launch of its new warehouse and distribution centre in Taman Berjaya here.

According to one of Koh Yong Long’s directors, Lawrence Koh, the warehouse and distribution facility cost about RM12mil and two years to plan, design and build.

“Our previous facility was only 26,995 sq ft, shared between Koh Yong Long and our subsidiary Yong Hua Sdn Bhd,” said Koh, adding that the new facility would add on between 30 and 50 jobs.

He said one constant challenge they had was the high turnover of warehouse and logistics people.

Speaking at the launch, Wee said he was proud of Koh Yong Long’s growth, from a sundry goods shop set up in 1905, to its current status as a major southern region distributor.

“It is older than Nestle Malaysia, which was set up in 1912,” said Wee, adding that for the past 115 years, Koh Yong Long has been a local household name, and that the warehouse facility served to show Yong Peng’s central strategic location to serve as the distribution centre for the southern region.

“Yong Peng is already the biggest fruit collection centre in Malaysia, where all the produce is gathered here to be exported to Singapore and the southern ports,” said Wee.

Chew explained that the new warehouse facility was expected to help improve inventory and loading processes, and Nestle would continue to help Koh Yong Long develop the distribution centre into one that is able to replenish its local customers within 48 hours.

“In 1962 when Koh Yong Long was appointed as a Nestle distributor, it only had an annual turnover of RM200,000.

“Today, it has an annual sales turnover of more than RM100mil for total Nestle business,” said Chew.

Koh Yong Long was recently awarded its Nestle Role Model Award in February this year for its 2017 performance, which Chew explained meant that the distributor had the license to get more new business from Nestle in the future. 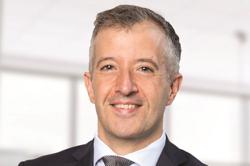