THE Malaysian International Furniture Fair (MIFF) this year has attracted almost 200 exhibitors from Johor, the state with the highest number of local participants.

Exhibitors from the southern state are stationed at the event’s two venues – the new Malaysia International Trade and Exhibition Centre (Mitec) and Putra World Trade Centre (PWTC) in Kuala Lumpur.

More than 60 exhibitors from Muar, Johor have taken up space in Muar Hall at Mitec, an arrangement made by MIFF strategic partner Muar Furniture Association which accounts for 60% of Malaysia’s furniture exports.

One of the exhibitors is Chuan Heng Furniture Products Sdn Bhd.

No stranger to the event, the company has taken part in MIFF for the past 10 years. This year, Chuan Heng is showcasing contemporary home furnishing designs.

Its marketing executive Chris Tan said MIFF had provided the company with a good platform to create awareness of their products. “Our buyers are mostly from the US but through this fair, we have also gained recognition from other regions such as Europe and the Middle East,” he said.

For Wegmans Holdings Bhd, being a part of MIFF has contributed to the company’s increase in yearly revenue.

Its executive director Collin Law said taking part in MIFF was a good experience and was glad that they were able to get a bigger space at the new venue to exhibit the company’s products of contemporary and Scandinavian designs.

“We did worry that people might not be aware of the new venue. We were in PWTC in the past and it was always crowded on the first day. But we believe in the organiser as they have been doing a good job over the years,” Law said. Some of the booths at MITEC in Kuala Lumpur.

Wegmans has been exporting products to 14 countries consistently from 2012 to 2017. Some of its biggest customers are from Japan, the United States, Australia and the United Kingdom.

MIFF 2018, which will end tomorrow, is the biggest show so far in its 24 years, with design as the cornerstone of the four-day event, bolstered by a 13% increase in exhibitors and a new co-venue.

The show comprises a total of 622 exhibitors and pre-registered buyers from 135 countries from various regions.

Organised by UBM Malaysia, it is endorsed by the International Trade and Industry Ministry as well as the Plantation Industries and Commodities Ministry, and Star Media Group Bhd is the media partner. 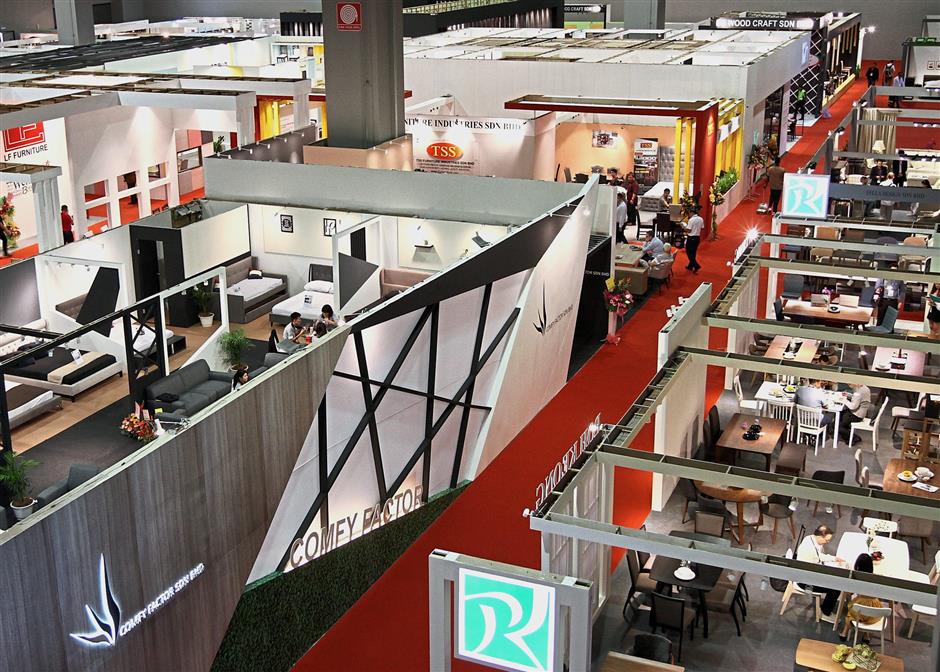 Among the new buyers who were browsing around Mitec on the first day were brother and sister, Joy Denise Selorio and Francis Selorio, of Ace2Ace Business Solutions in Iloilo City, the Philippines.

“We are looking to franchise our cafe and we are in the midst of opening a furniture shop. We are still browsing and have not decided what to get,” said Joy, an architect.

They said at the moment, the furniture most sought after in the Philippines were minimalist and modern in design, although there were some who prefer the rustic look.

Vidurangi Wijesundera from Colombo, Sri Lanka, also visited Mitec on the first day of the fair.

Vidurangi, who works with Vallibel One, attended the event in search of home furnishing items and kitchen accessories as well as to meet suppliers.

Like the Selorios, Vidurangi will also be making a round at the fair in PWTC.