The programme, organised in conjunction with Federal Territory Day, sought to inspire teamwork, well-being and mental resilience in daily activities, whether at work or play.

An initiative by Kuala Lumpur City Hall (DBKL), the carnival, which took place at Dataran Merdeka and Jalan Raja, also served as an opportunity to promote the River of Life project.

Tents were set up in the field and on the road for people to watch performances such as break dance and freestyle dance-offs as well as miniature car racing.

Kuala Lumpur street artists such as buskers, clowns and painters roamed along Jalan Raja to entertain visitors of all ages.

“We hope to carry out the event on an annual basis if all goes well and if the favourable response to the programme continues,” said DBKL Culture, Arts, Tourism and Sports Department director Khairul Anuar Mhd Juri.

“We managed to reach our target of 15,000 visitors this year and registrations for each of the organised tournaments were filled.

“We even had to turn away a few hopeful participants,” he added.

The carnival that began at 7am included a live concert featuring 12 Malaysian artistes from 7.30pm until 11.30pm.

Most of the artistes performing for the concert grew up in the city, such as Siti Noordiana, Bunkface and Amelina.

The concert was accompanied by the Kuala Lumpur Orchestra. 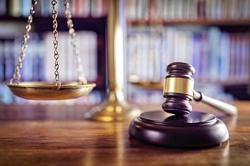