Mydin opened its first Sarawak outlet in Samariang, Kuching, on Aug 26 two years ago while its second outlet in CityONE mall was launched last March.

Mydin Petra Jaya is the Malaysian retailer’s 27th hypermarket and 77th outlet in the country.

The total investment value was RM200mil.

“Mydin Petra Jaya is located in a prime area surrounded by houses, schools and higher education institutions as well as government offices.

“I believe that Mydin Petra Jaya will help spur socio economic growth in the area through various spin-off that will be generated by the local business community,” Ameer said at the opening ceremony.

He added that Mydin’s new outlet would provide 500 job opportunities to the local community. 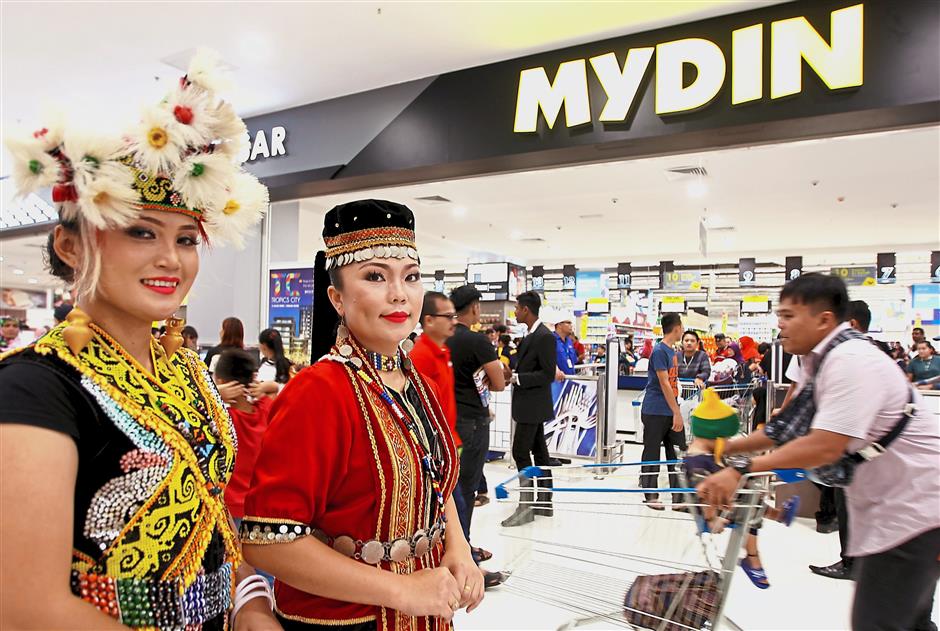 Mydin also urged NGOs to carry out their charitable activities at the mall, with space, chairs and PA system provided free-of-charge.

Ameer also called on SMEs to build a network with the retail chain to expand their market nationwide.

He encouraged shoppers to sign up for its reward and loyalty programme, where members would also be protected under AmMetLife Takaful.

The iMeriah policy will provide immediate family members with RM300 worth of goods from Mydin for 12 months upon the death of the policyholder.

“Local entrepreneurs and SMEs would also benefit by establishing a network with giant retailers such as Mydin with its vast outreach.

“It would be a win-win situation for the hypermarkets too as it would help expand their product variety,” said Abang Johari, adding Mydin should consider expanding to northern Sarawak such as Limbang, Miri and Bintulu.