Visitors to Penang's waterfalls dwindling to a trickle 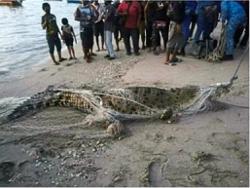 WATERFALLS in Penang, which once attracted picnickers and nature lovers, have become sad sights with the water reduced to mere trickles, litter abounding and hardly anyone visiting.

Gone are the days of water gushing from the hills or the flow of people making their way to places in Titi Kerawang in Balik Pulau or Chin Farm in Batu Ferringhi.

A recent check on these locations showed that though there is still water flowing, development and heavy tapping upstream to meet Penang’s water supply have taxed these once natural attractions.

“Penang Botanic Gardens, Titi Kerawang and Chin Farm used to have cascading waterfalls until more than a decade ago, but with climate change coupled with development, they are sad sights now.”

Kanda Kumar said except for Botanic Gardens, which had not been marred by development, Chin Farm could have been a great place to create a park with flowing rivers on both sides.

“MNS proposed a linear park in the area some time ago, which would have been a good move to preserve the natural surroundings. “But since it was a private land, there wasn’t much the state could do and rapid development taking place in Tanjung Bungah and Batu Ferringhi today have affected the water from upstream.”

On Titi Kerawang, Kanda Kumar said there were cases of water siphoning by intruders about 15 years ago and some were brought to court for stealing water.

PBAPP chief executive officer Datuk Jaseni Maidinsa said only the Botanic Gardens waterfall comes under the jurisdiction of the corporation.

“We take 16.4mil litres of water a day from upstream of the gardens and 11.9mil from Sungai Pinang in Balik Pulau which is uphill of Titi Kerawang Waterfalls,” said Jaseni.

The water from Sungai Pinang is for the population in Balik Pulau. Picnickers taking a dip at the Titi Kerawang waterfalls.

“Our utmost priority is to ensure consumers get adequate treated water, while water for leisure is only secondary,” said Jaseni when asked of the reduced water flow at Titi Kerawang.

He said during dry seasons, those who go there subsequently see less water even though PBAPP reduces daily water intake from the waterfall sources by 50%.

“People will see an overflowing waterfall in the rainy seasons but you will only look for waterfalls during the hot weather,” added Jaseni.

Penangite R. Sathiaseelan, 60, fondly remembers taking his family to Titi Kerawang 15 years ago where the water was crystal clear.

“It was a great place for outings and we have to be early as it was a popular spot and was always crowded,” added Sathiaseelan.

However, he was disappointed when he went three years ago and found only a small stream was trickling from uphill while no one else was around.

James Jeremiah, 54, who used to take his friends to Chin Farm in the 90s, made a trip down memory lane about four years ago after returning from Australia.

“Everything around there has changed since. There used to be water everywhere around the rocks but not anymore.

“Probably, all the development is taking its toll as the stretch along Batu Ferringhi looks different now with a lot of new high-rise projects near Chin Farm.” 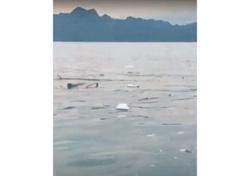