Ex-PM among three honoured by association

(Below) The Branding Association of Malaysia celebrated its 18th anniversary on a grand scale at the HIlton KL.

The Branding Association of Malaysia celebrated its 18th year of championing ideas and guiding Malaysian brands towards achieving greater objectives with a grand gala dinner at Hilton Kuala Lumpur.

Themed “The Red Carpet Affair”, the event saw the presence of about 700 Malaysian and international guests including government officials, business leaders and brand owners, clad in fine suits and elegant gowns.

“Branding Association is not just about business. It is also about nation building. 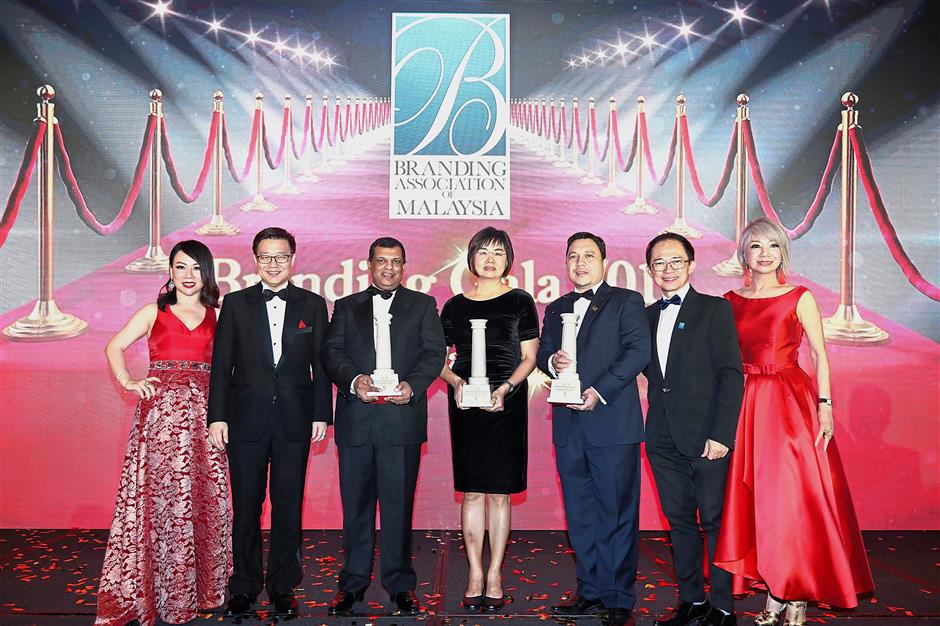 “We need to remember that Malaysia is also a brand, derived from the total lifework of certain individuals who have had greater and a more positive impact on the country than others.

“In fact, some have even rippled into the global arena.

“The association strongly believes that they should be honoured as we want them to know that they are our country’s pride,” said Chong, adding that he believed this move would promote even greater unity among Malaysians.

Chong noted that branding has taken quite a turn over the past decades.

“It is no longer about having an iconic mark or a clever award-winning advertising campaign that puts you in the international arena, nor is it about merely just connecting with the consumers anymore.

“With the advent of social media, products not only need to be authentic but they also need to make a stand or a bold move that will impact and unite an already fragmented market,” he shared.

The Nation Builder Tribute aims to pay tribute to individuals recognised for putting the country in the mind map of people in the modern global business world.

This year, three individuals were nominated. The first recipient was the fifth Prime Minister Tun Abdullah Ahmad Badawi, who was honoured for his efforts to eradicate corruption and to create a fair and open Malaysian society. He was represented by his assistant special officer Dr Muhammad Hakimi Mohd Shafiai.

Chong together with the tribute recipients and members of the organisation took to the stage for the cake-cutting and toasting ceremony to mark its 18th anniversary celebration.

In conjunction with the momentous occasion, the event also saw the induction of 30 new members who received their membership certificates.