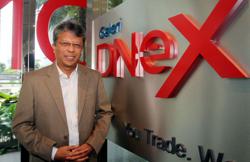 CONSTRUCTION of Residensi Sentulmas in Bandar Baru Sentul was completed 23 months ahead of schedule, to the delight of unit owners.

At the key handover ceremony, Tengku Adnan said the ministry would consider permitting owners to rent out their Federal Territories Housing Scheme (Rumawip) units to third parties, as opposed to the 10-year moratorium period implemented previously to deter speculative purchases.

He added that they would look into allowing the flexibility of renting units out on a case-by-case basis, giving the example of unit owners required to leave their units empty when posted outstation for work.

However, Tengku Adnan emphasised that it would be permitted on the condition that the unit was rented solely to Malaysians, not foreigners or migrant workers.

“The most recent case we took action against was on two Residensi Pandanmas unit owners who rented their units to foreigners – the foreign workers were evicted immediately, while the unit owners were issued warning notices. Residensi Sentulmas Rumawip includes a swimming pool and a playground for children.

“We are also ensuring that all Rumawip developments are within the city area and close to public transportation.

“We are striving to make them affordable by offering them below the market price of RM300,000,” he said.

Each 900sq ft unit is priced at RM300,000 and comes with three bedrooms, two bathrooms and a covered parking lot while boasting a number of standard facilities usually found in condominiums.

These include a swimming pool, community hall and several other public amenities.

For the new Residensi Sentulmas owners who put their name in the balloting process three years ago, the development’s completion almost two years ahead of schedule was a blessing.

“I’ve been renting an apartment nearby for six years, paying RM2,400 a month and I didn’t think I would be able to move in so soon,” said unit owner May Chai, 29.

“Instead, I now pay RM1,660 and another RM180 for maintenance fees, and it all goes to a place that I can call my own,” she said excitedly of the unit that will be the first step in starting a life with her fiance.

Mohd Syafid Ramlan, 30, was equally excited with how quickly he was able to move in.

“After hearing about the Rumawip, I applied immediately and at the time, they said the development would be completed by 2019.

“But now it’s just the first month of 2018 and I have already received the keys to my unit.

“Finally, I can move into my first house, right in the city. It is the perfect size for me, my wife and our three children and it comes with all the modern facilities we need with the added bonus of being close to where I work, Hospital Kuala Lumpur,” he said. 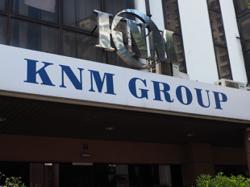