The packed affair held at SKT Banquet Hall was to update MIFF exhibitors who will be showcasing their products at the new Malaysia International Trade and Exhibition Centre (MITEC) during MIFF 2018, a leading industry event in South-East Asia from March 8 to11. 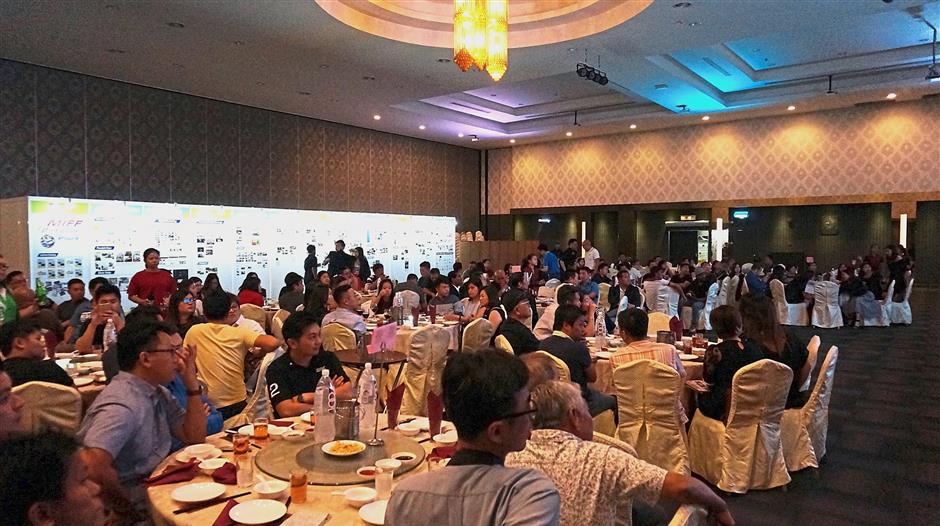 About 200 representatives from various furniture companies in Muar and Batu Pahat attended the event.

MIFF 2018 will be the biggest in its 24-year history and feature a record 600 companies from at least 12 countries. The trade show to be held in MITEC and Putra World Trade Centre will expand by 25% to reach 100,000 square metres with a new tagline “Design Connects People”.

“The overwhelming response to our gathering today reflects the excitement of the exhibitors over the new MITEC venue and their expectations of high quality support and service from us again. Many of them are major long-term exhibitors of MIFF and the rest are young companies that look to MIFF as their platform to build a global export base,” said MIFF general manager Karen Goi.

“It was an opportune time to update the exhibitors of the preparations for the 2018 show, especially of the extensive international marketing programme to attract more buyers and the hassle-free logistics at MITEC to ensure exhibitors can fully concentrate on serving visitors.”

She attributed the success of the pre-exhibition event to the collaborative partnership between MIFF and MFA led by its president Koh Chon Chai. Koh mentioned the success of collaborative partnership between MIFF and MFA in his speech at the symposium and dinner in Muar, Johor.