Window to an artist’s world ‘

Guests viewing Quah’s artworks during the opening ceremony of his exhibition.

MALAYSIAN artist Eric Quah spends much of his time near windows, just gazing out and watching the world go by.

Wherever and whenever possible — in a restaurant, plane or train — the 71-year-old would request a window seat.

“I enjoy seeing the movement of people and things, and the interplay of colours. Even my studio is full of windows,” the Penangite said.

Little wonder then, that windows are a key theme in his artworks, as can be seen in his latest solo exhibition at Ming Art Exclusive in Straits Quay Retail Marina, Penang.

Held in conjunction with Quah’s 71st birthday, the show is titled ‘Over The Rainbow’ and features 21 oil pieces done in his signature, semi-abstract style.

Some are collages that incorporate various other elements, ranging from tiles to sarong fabrics, butterflies and even antique window frames. 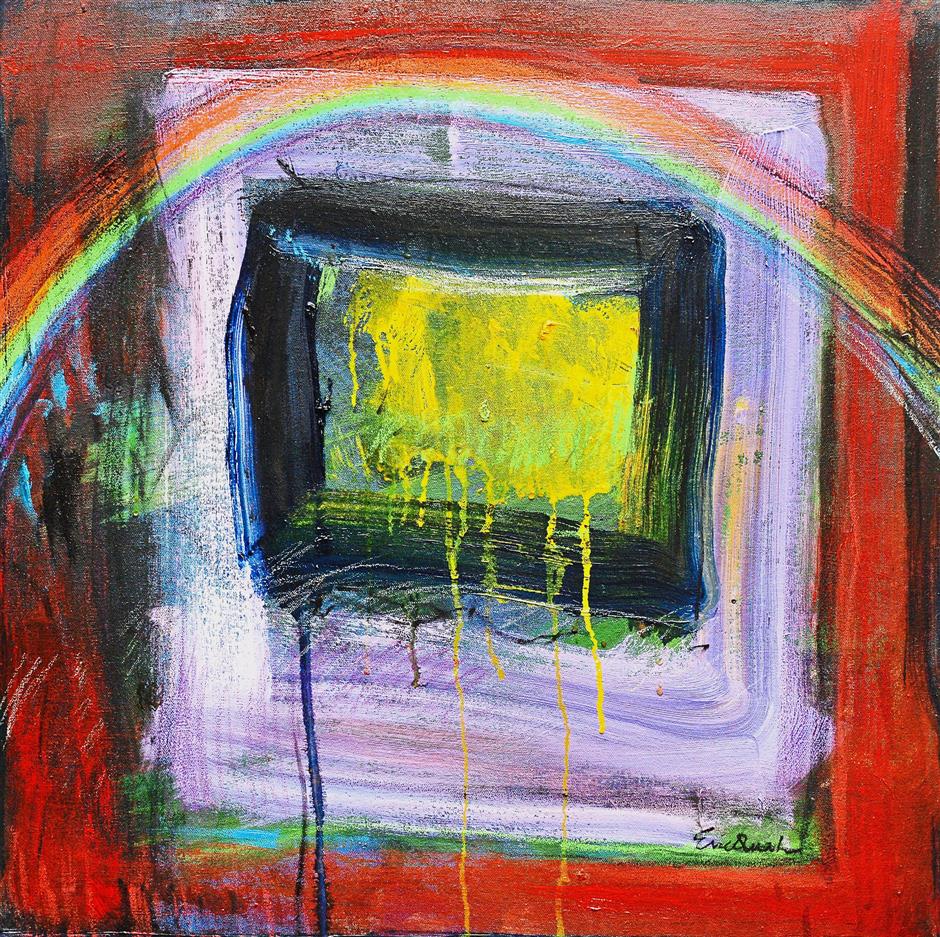 The titular piece ‘Over the Rainbow’.

Looking back at his younger days, the artist, who cites Van Gogh and De Kooning as major influences, said he had to work very hard.

After pursuing higher studies in art in New York in the early 1980s, he was awarded an International Teaching Fellowship by the Australian Ministry of Education.

He was posted to the Nanjing Normal University in China to lecture in art, where he won the Best Teacher of the Year award in 1984. A year later, he moved to Melbourne to take up the role of education director at the Australian Chinese Museum. 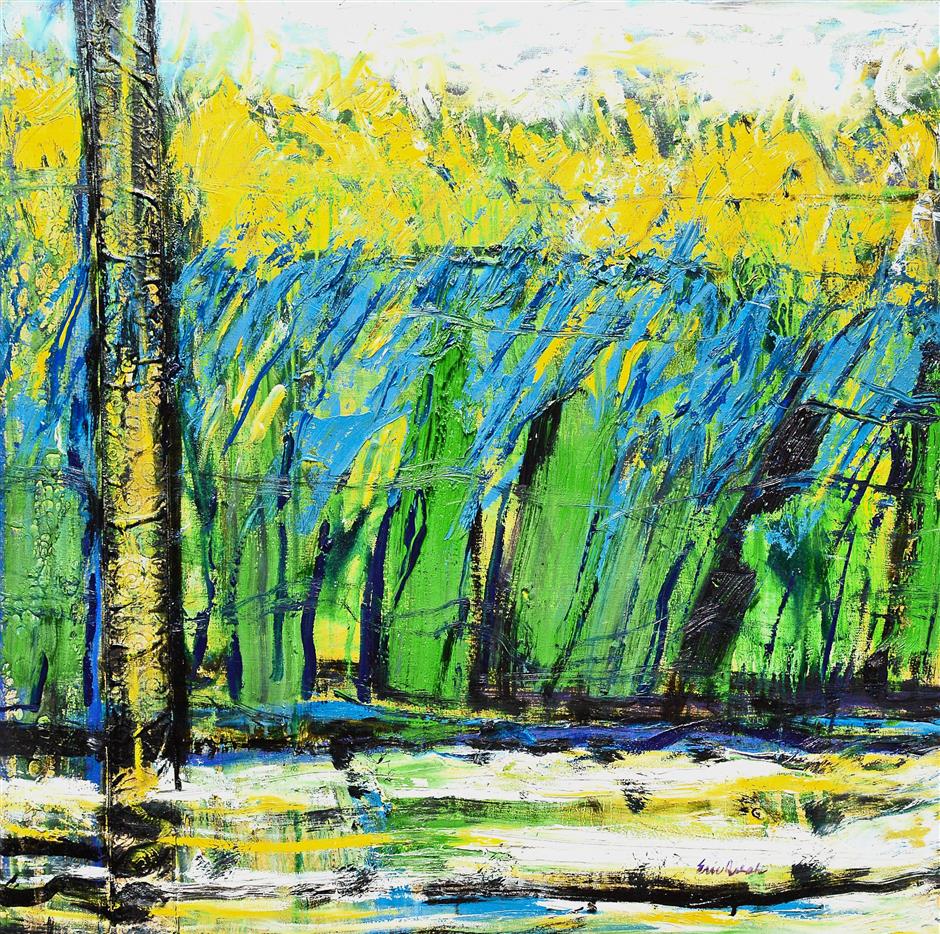 Another piece titled ‘Breeze’ by Quah.

Quah, who was born in Taiping but grew up in Penang, became a full-time artist in 1992. Following an acclaimed solo exhibition at the Melbourne International Art Fair in 2003, he moved back to Penang after three decades living abroad.

There is certainly no place like home for the artist, who in 2011 was honoured with a retrospective show at the Penang State Art Gallery.

On this latest exhibition, he said: “It marks 15 years of me being home. Nowadays, I get to enjoy life. Every day is like a rainbow, hence the show’s title.

“Hopefully, my pieces make viewers’ days just as colourful. Their semi-abstract nature allows viewers to discover something themselves.”

The show’s recent opening also happened to be on his birthday. Quah posing with one of his favourite pieces ‘Beautiful Sunday’, which incorporates antique window frames.

“I tend to have exhibitions in my birthday month. It’s one of the best ways to celebrate the passing of another year,” he said.

He has won many international awards, including first prizes at shows by the Arches Rives Paris in 1976, Contemporary Art Society Australia in 1977, Royal Overseas League Australia in 1978 and Omega Acquisitive Art Switzerland in 1983 and 1990.

His pieces reside in public and private collections across the United States of America, Canada, England, Australia, New Zealand, Japan and across Southeast Asia.

Quah’s ‘Over The Rainbow’ exhibition continues until Sunday and is open for viewing from 10.30am to 9.30pm daily.