Chelseas Belgian midfielder Eden Hazard lines up an unsuccessful attempt on goal the English Premier League football match between West Ham United and Chelsea at The London Stadium, in east London on December 9, 2017.West Ham won the game 1-0. / AFP PHOTO / Ian KINGTON / RESTRICTED TO EDITORIAL USE. No use with unauthorized audio, video, data, fixture lists, club/league logos or live services. Online in-match use limited to 75 images, no video emulation. No use in betting, games or single club/league/player publications. /

IT IS not Christmas yet but Liverpool’s Jurgen Klopp (and fans) desperately need an early Christmas gift to lift spirits as matches come thick and fast.

It has been such a contrasting 10 days for the Reds after they thrashed Brighton 5-1 in the Premiership and Spartak Moscow 7-0 (in the Champions League), before screeching to a halt with a dull 1-1 draw against Everton and 0-0 against West Brom in midweek.

Liverpool are fast becoming the draw specialists of the season with a total of seven to their name. Only West Brom have achieved more (eight). It is not a statistic any team in the top six wants to have, and Klopp has to find out how to solve this fast or end up dropping more points especially with matches against Arsenal and Leicester City on the horizon.

How can these four players, responsible for almost three-quarter of all the team’s goals this season, not score against a team languishing 16th in the league standings? 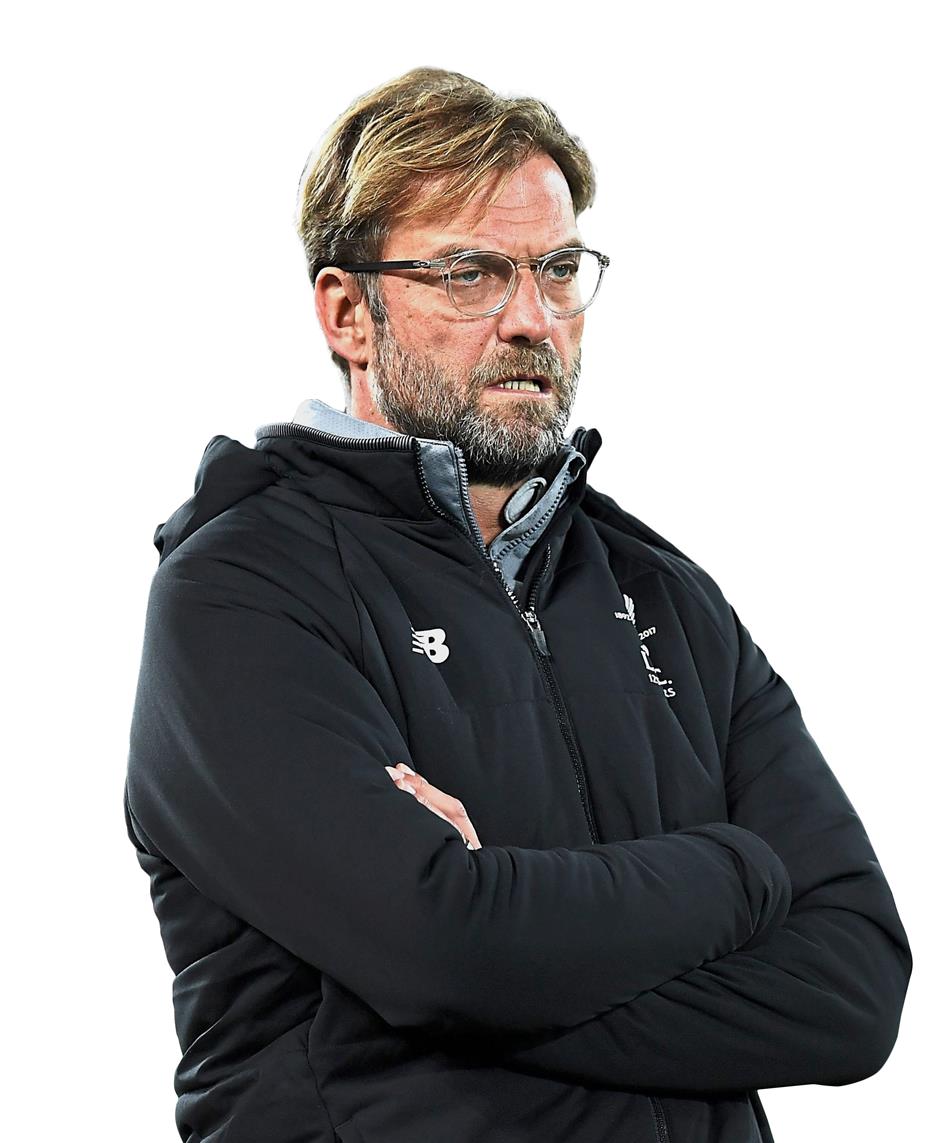 Liverpool manager Jurgen Klopp has to find a way to start winning again.

Sadly this, has been a recurring theme for Liverpool over the past several years, where they enjoy a streak of convincing results before crashing down to teams which are weak on paper.

This weekend, they visit the Vitality Stadium to take on Bournemouth who are 14th in the table. Failure to defeat them could result in the Reds dropping to 7th, depending on other results, and could see a gap opening up as much as 21 points against Manchester City at this stage of the season.

I think every Liverpool fan (others as well), have pretty much written off any lofty ideas of challenging for the title this season and need to focus on trying to be in the top four by end of the season to qualify for the Champions League.

I hope Klopp will get the full backing of Liverpool’s American owners when the January transfer window opens.

The Reds need not waste any time and get some defenders in as fast as possible.

I think, just about any defender that joins the club will be a welcome relief to many Liverpool fans.

Heck, even if the new recruit underperforms, I know fans would at least be more forgiving that the club and Klopp, tried to fix the chronic problem.

December is a tough month for players as the cold can also increase the risk of injuries.

Furthermore, players may also be distracted by Christmas and New Year celebrations.

This is why it will be a challenge for the German to get his team focused and snatch all three points.

I think Bournemouth can pose a significant challenge to Liverpool’s defence with Dejan Lovren and Ragnar Klavan needing to do their best to protect Simon Mignolet.

Elsewhere, Arsenal will be hosting Newcastle United and are hoping to break their “three-match without a win streak” in the league.

Newcastle too will be aiming to end the team’s seventh defeat in eight Premier League outings, but I doubt Rafael Benetiz’s team will do it against the Gunners.

I also believe Manchester United would get all three points against West Bromwich Albion.

Lukaku traditionally has a good record of scoring against smaller teams and I expect him to get a goal or two this weekend.

To West Brom’s credit, they are quite a tough team to score against and their goalkeeper Ben Foster hsa kept two clean sheets in the last three matches.

I also expect Chelsea to comfortably get all three points against Southampton at Stamford Bridge if Alvaro Morato can return in time from the back injury he suffered last week. Either way, I believe Eden Hazard will be the chief architect to unlocking Southampton’s defence.