Chua (third left) signing his name on the wall to launch the mural project at Megamas Business Centre, Sungai Buloh. Looking on are (from left) Turello, Poschmann, Tan and Low.

BUILDINGS in Sungai Buloh are set to sport quaint and colourful murals that will attract visitors to the town.

This is the target of the Visit Sungai Buloh Group (VisitSgB) which has just completed murals at the backlane of Megamas Business Centre.

“For instance, there are murals painted on buildings in Bekok town in Labis, Johor, which receive about four to 12 busloads of tourists on weekends. 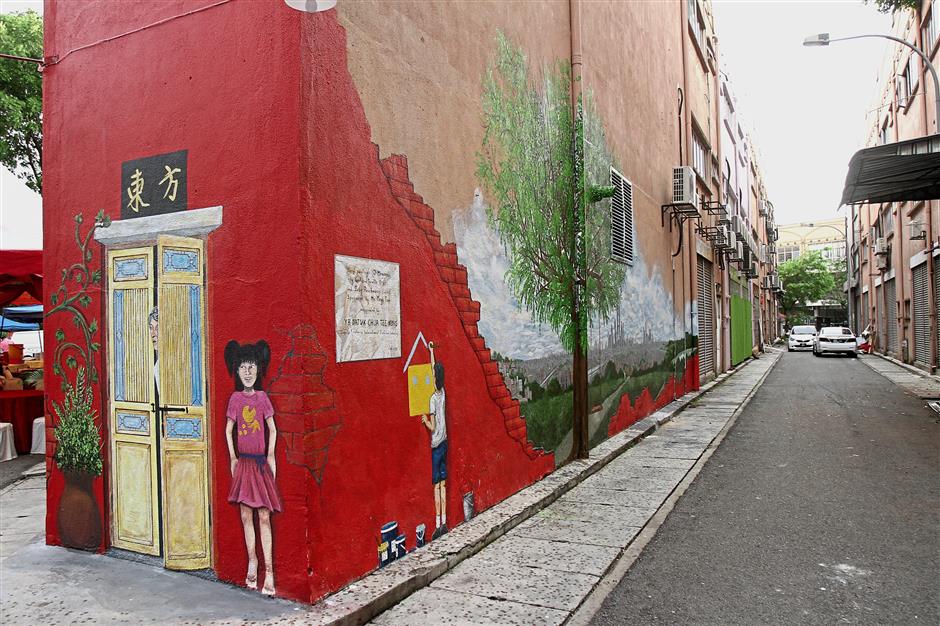 “This has increased business in the area by 20% to 30%, thus helping the business community. I hope this will happen in Sungai Buloh too,” he said.

“Many people think of this area as having many foreign workers. 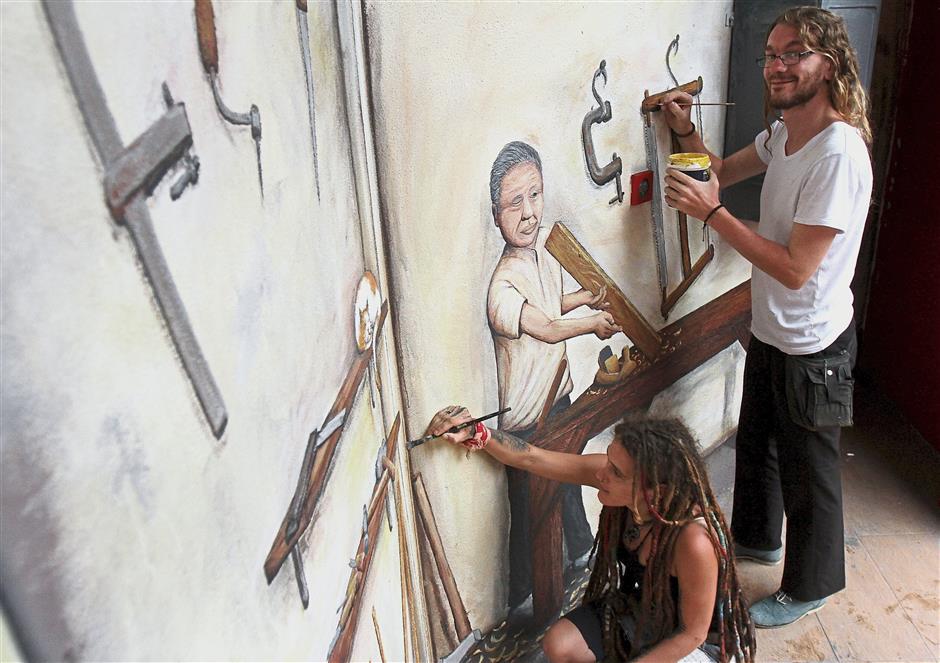 Poschmann (left) and Turello putting the final touches to their wall art.

“But, we actually have many good restaurants that serve delicious food and patronised by people from the city.

“We hope the murals will attract more tourists and locals to visit Sungai Buloh to try out good food and enjoy the culture here,” said Low, who is also Subang MCA chief.

VisitSgB treasurer Mega Tan hopes the murals would attract more business opportunities for locals as well as for tourist to appreciate the murals by taking photos. 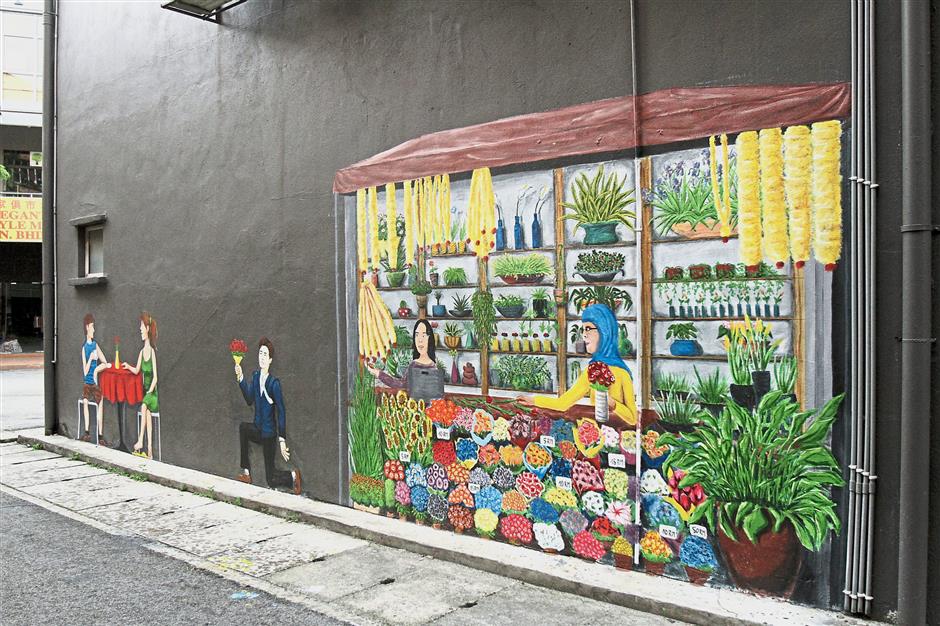 Turello says he incorporates elements of Malaysian culture into the murals.

The four murals were painted in the backlanes of Megamas Business Centre by artists Giuliano Turello from Italy and Josephine Poschmann from Germany.

Both Turello, 35, and Poschmann, 28, have been staying here for the last two months to paint the murals.

Turello said he had incorporated elements of Malaysian culture into the murals as he had done in India, Nepal, Thailand as well as Penang. 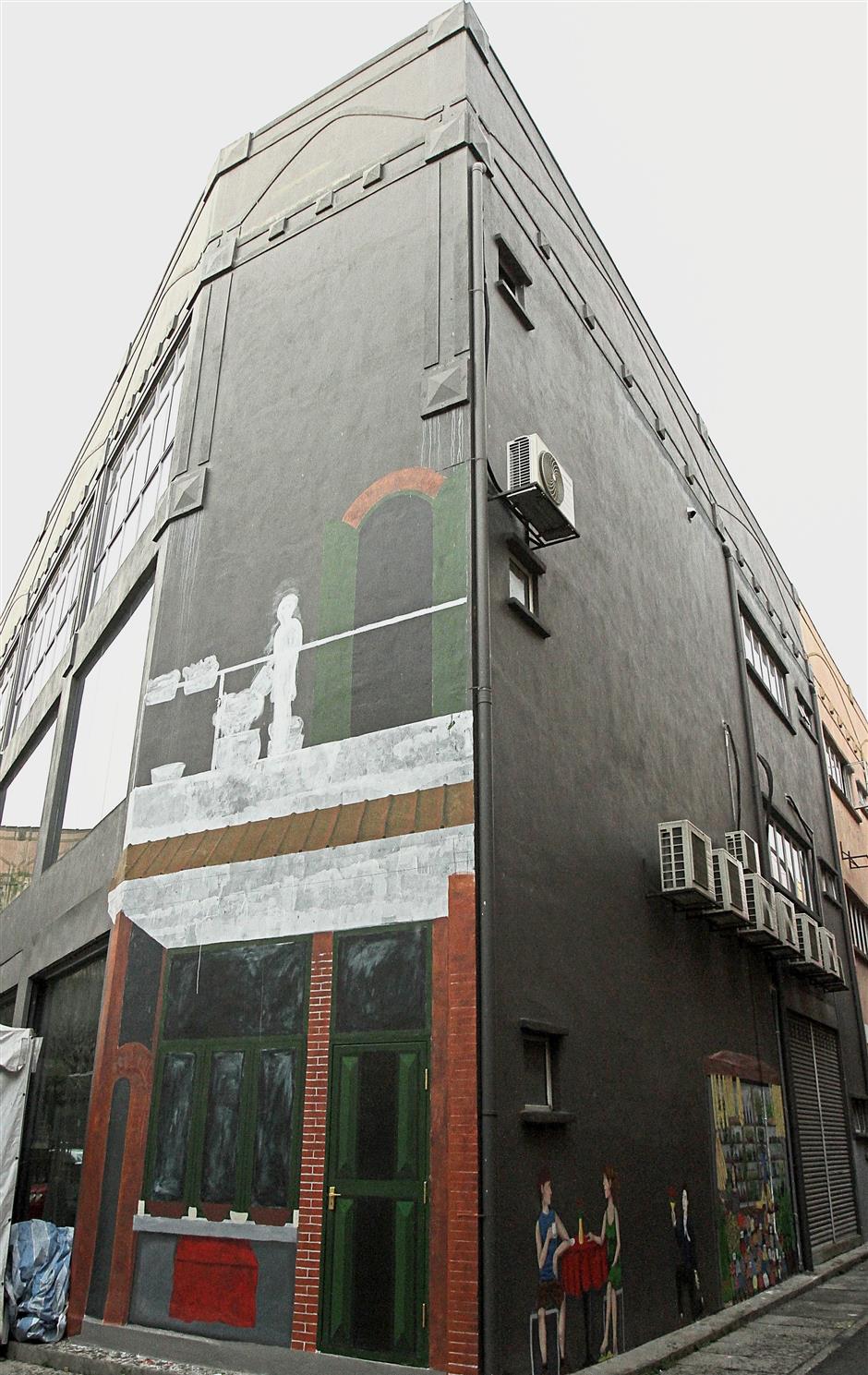 One of the murals by Turello and Poschmann stretches right until the top of the Megamas Business Centre building in Sungai Buloh.

“I would sometimes do one painting like a table or chairs and Josephine would continue the other side. We work well together. We met in George Town four months ago.”

“Since this was a big project, I wanted her to help out,” he said.

In the past, Poschmann had worked on murals in Germany, Sweden and Thailand.

She said these murals were based on the simple lifestyle and culture in Malaysia that everyone would be able to relate to.