The award-winning dance troupe emerged as champion of the contest, held at Arena of Stars at Resorts World Genting, for its creative choreography and flawless performance.

Themed “The Celestial Lion Repaying Gratitude”, the team told the story of a lion that repays his gratitude to a kind-hearted man who helps him out of trouble.

When the lion later finds the man injured, he goes on a journey to look for herbs to treat the man.

Beating eight other teams in the final with a score of 9.21, the team took home a trophy, medals and RM15,000 cash prize.

Hong Teik Lion and Dragon Dance Association founder and trainer Cheah Kwong Leang said the team was elated to have won the championship for the third time. 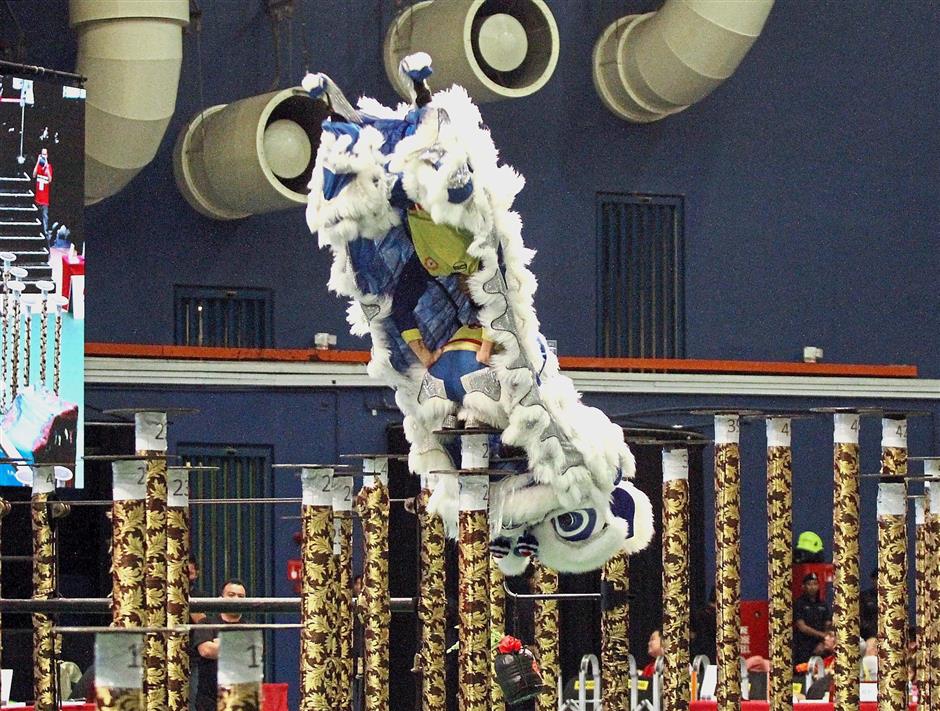 “To us, lion dance isn’t just a performance we put on for our audience. It is also very much an expression of art and culture.

“Determined to win this year’s competi-tion, not only did we perform as many difficult stunts as we could, we also wanted to capture the audience’s attention with these exciting and creative stunts,” he said.

Cheah added that the team was very committed and had practiced tirelessly three times a day since May.

“In preparation for this championship, both our dancers had to undergo knee surgery to fix torn ligaments last year so that they could be at their best.

“Winning this has further encouraged us to work harder for the world championship. I am very proud of my team,” he said. All three teams will go on to represent the country at the Genting World Lion Dance Championship next year.

Resorts World Genting Promotions and Entertainment vice-president Kevin Tann said the world championship was like the Olympics of lion dance for troupes.

“This is a platform for them to showcase their talent and be the best of the best. I love to watch the National Lion Dance Competition because when you take any of the finalists to the world championship, chances are they are going to win it.

“Nowadays, the world teams are also getting better because they now work and train with the Malaysian masters.

“We are very excited to see better teams competing in the world championship,” he said, adding that the finals had attracted about 4,000 visitors.

Tann also said that the theme, “Where World Champions Are Born”, was aimed at reflecting the homegrown event and Malaysia’s consistent win at the Genting World Lion Dance Championships.

The biennial competition begins with the national championship followed by the world championship the following year.