Ups and downs of modern markets

ICC Pudu in Jalan Kijang has potential of becoming a tourist attraction if it is properly maintained.

WITH a heavy heart, Kuala Lumpur folk bid adieu to several wet markets in the past years and are adapting to a whole new context in the modern alternatives.

The traditional open-air markets that are usually wet, filthy and created traffic chaos were gradually closed and the traders were relocated into new indoor structures built with the facilities including water, electricity, ventilation, toilets and parking areas.

However, despite being given the new purpose-built sites, traders seem to have a lot to deal with when adapting to their new environment.

Traders from the famous Imbi Market in Jalan Melati still struggle dealing with various challenges a year after moving into the Integrated Commercial Complex (ICC) Pudu in Jalan Kijang.

Leaking overhead pipes, malfunctioning lifts, toilets and escalators as well as water supply disruptions are some of the problems that cropped up every now and then at the purpose-built market, said its traders’ association president Chow Chee Keong. The scene at Sri Petaling new market around 1pm after a busy morning. Traders are generally happy with the new place where they are sheltered from sun and rain.

“A few months back, we had no water supply for a while, which was a really horrendous experience for us market traders.

“The problem was fixed after a long wait and we were told it was due to low water pressure here, which made us wonder if the amenities could support the needs of traders and consumers.

“We find that this building was shoddily built and it gets more complicated now as we are not sure whose responsibility it is to maintain this place,” he said.

The traders were frustrated that their numerous complaints to Kuala Lumpur City Hall (DBKL) either fell on deaf ears or received delayed response.

For instance, Chow said, a leakage problem that began in September was only fixed last week.

Traders from the old market took up 147 out of the 298 units in ICC, while the rest of the lots remained vacant as “apparently hawkers from other markets did not want to take it up”, he said.

Traders also lamented that their sales dropped significantly and several of them had wound up their businesses. 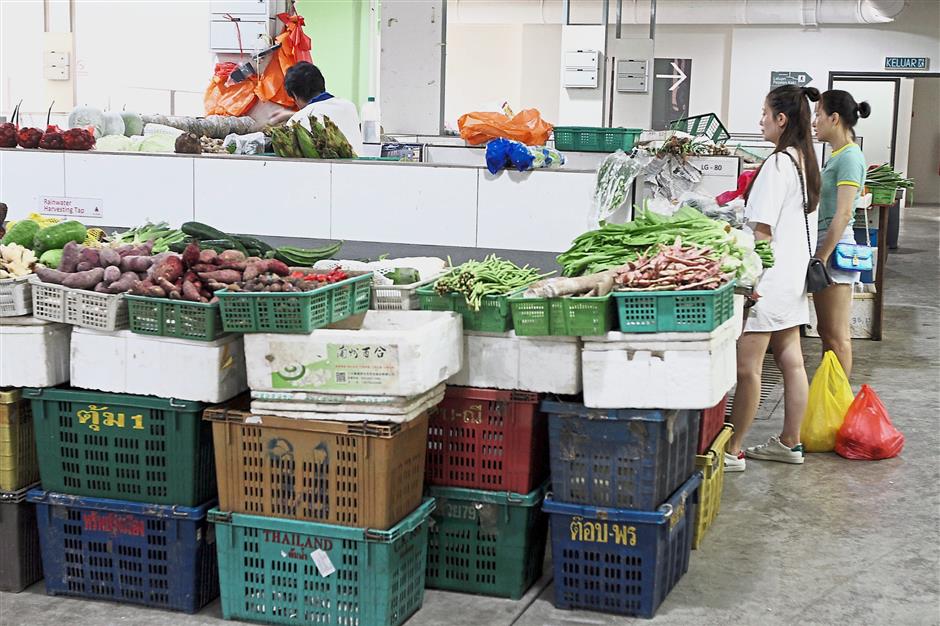 Lot rental at ICC Pudu ranges from RM185.50 to RM540 with a 30 discount offered by DBKL, but traders are worried that the rental may increase if the market is privatised.

Lee Sin Hon, 65, who sold prayer paraphernalia, said he lost at least 40% of sales after moving in, and it was one of the worst times of his business that spanned over 40 years.

“Foot traffic is much slower here and many of my regulars have stopped coming here because they are deterred by the parking charges.

“We used to call the Imbi Market the ‘rich men’s market’ because many wealthy businessmen went there for the authentic food and traditional products.

“Now, we call this the ‘old men’s market’ because visitors here are mostly retirees, and the number is shrinking because they are put off by the confusing roads and lift problems,” he said.

Chow said traders were also worried that DBKL might increase the rental if it proceeded with privatising the market’s management, as they would not be able to cope with the slow traffic.

There is only one particularly large unit that goes for RM10,865. 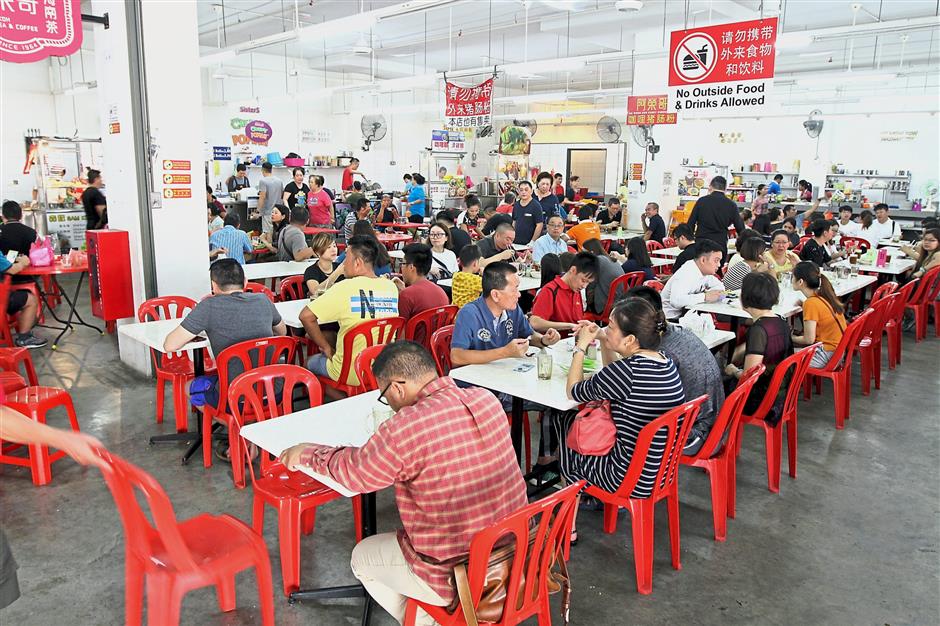 The ground floor of ICC Pudu where the food stalls are located is a bustling scene, although some complain that the back section is stuffy.

While the fresh produce section on the market’s lower ground level looked gloomy, the ground floor where the food stalls were located, appeared promising.

The operators of Ah Weng Koh Hainan Tea & Coffee, located near the main entrance, were all smiles.

“We enjoy a more organised and hygienic environment,” said Tan Yu Wai, 63, seemingly happy with the brisk business as the working class and younger generation patronised the outlet.

Yu Wai said the ventilation was satisfactory, but stalls located at the back portion could have a problem with that.

The food traders were advised to install kitchen hoods but many were reluctant as it was costly.

Bukit Bintang MP Fong Kui Lun said some aspects of the modern market, such as ventilation, toilet and road system (from Jalan Selatan), needed to be improved.

He added that if managed well, the place could even become a tourist attraction.

It was a different story with traders at the indoor Sri Petaling market – they are satisfied with their new setting. 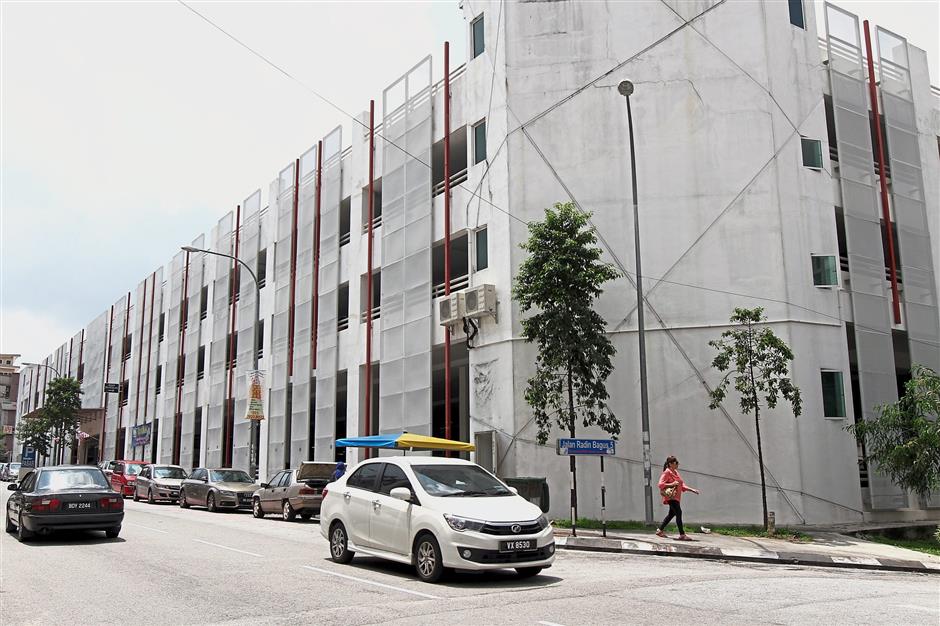 The exterior of Sri Petaling new market which doubles up as a multi-level carpark.

“We love this new place because we are no longer exposed to sun and rain, and do not have to ferry our wares around,” said Seri Petaling Market Traders Association chairman Tan Poh Keat, 43.

“Customers may now need to pay a little more for parking but that solves their headache of trying to find a bay and this has effectively prevented people from parking haphazardly,” he said, adding that it took a while for businesses to get back to normal as traders had to adjust to the new setting after moving there in December 2015, nine years after operating at the old site in Jalan Radin Tengah.

More than 80 traders are occupying all 109 lots in the new market with a rental of RM180 each, and they handled the maintenance with assistance from Yayasan Wilayah Persekutuan.

“I think it will work out as long as all traders cooperate, in fact, traders only want an organised and clean environment,” Poh Keat said.

Trader Chan Pooi Fai, 55, appreciated the covered setting as customers would still stream in even when it rained.

“Also, we always had to worry about snatch thefts and pickpockets when we were operating by the roadside. It is so much safer now that we have CCTVs installed,” he said.

DBKL did not respond to the matter at press time.