A bird‘s eye view of the sand mining operation in Kundang Lakes Country Club where sand is stockpiled and ready to be sold. — Photos: AZLINA ABDULLAH/The Star

DEMAND for commercial land in the Klang Valley has led developers and clubs to turn golf courses into development projects.

Some golf courses have been forced to completely make way for development while others have reduced in size.

A check by StarMetro revealed that at least 10 golf courses were affected by this new trend, which was also a result of the lack of demand for golfing, believed to be made worse by the current economical situation.

In view of stiff competition and poor business, some clubs were offering nominal rates in an attempt to lure more golfers to their venues.

Several development projects were carried out by the present club management while other ailing golf courses were taken over by new owners. 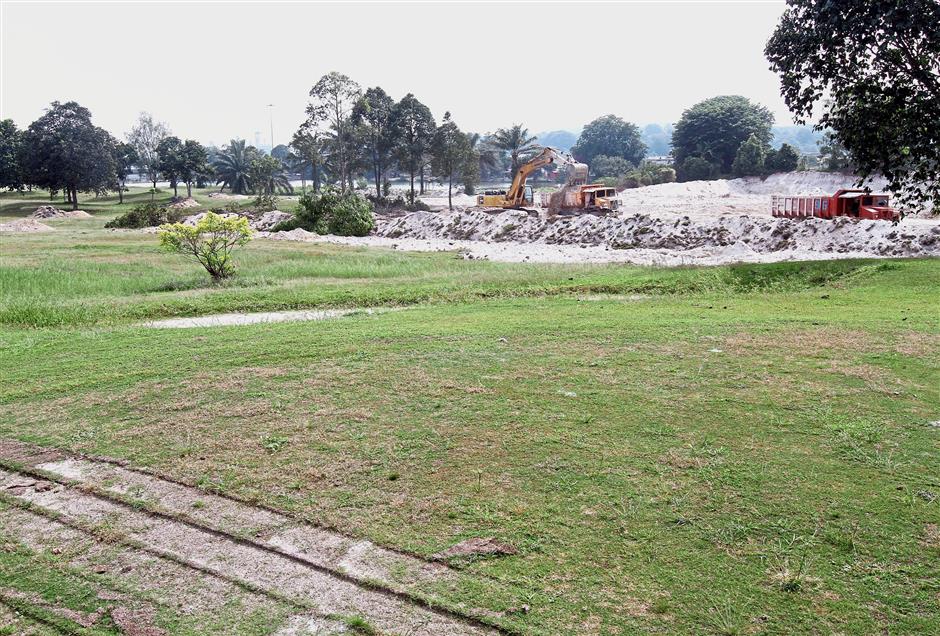 The entire Kundang Lakes Country Club will eventually be developed after the sand mining work is completed.


One of the courses that is being redeveloped by its new owner into a nine-hole is the 18-hole Serendah Golf Resort in Serendah, Hulu Selangor.

A Hulu Selangor District Council official said the resort would be renamed and part of the land would be used for a mixed development project.

“The project, which has received approval from the council, will consist of affordable homes, bungalows and commercial properties,” he told StarMetro.

Four of the nine holes have been completed and golfers were seen playing at the venue while reconstruction of the remaining five holes continues.

The golfers said they were required to pay only RM20 per game to play at the course in addition to a monthly membership fee of RM100 during the interim period. 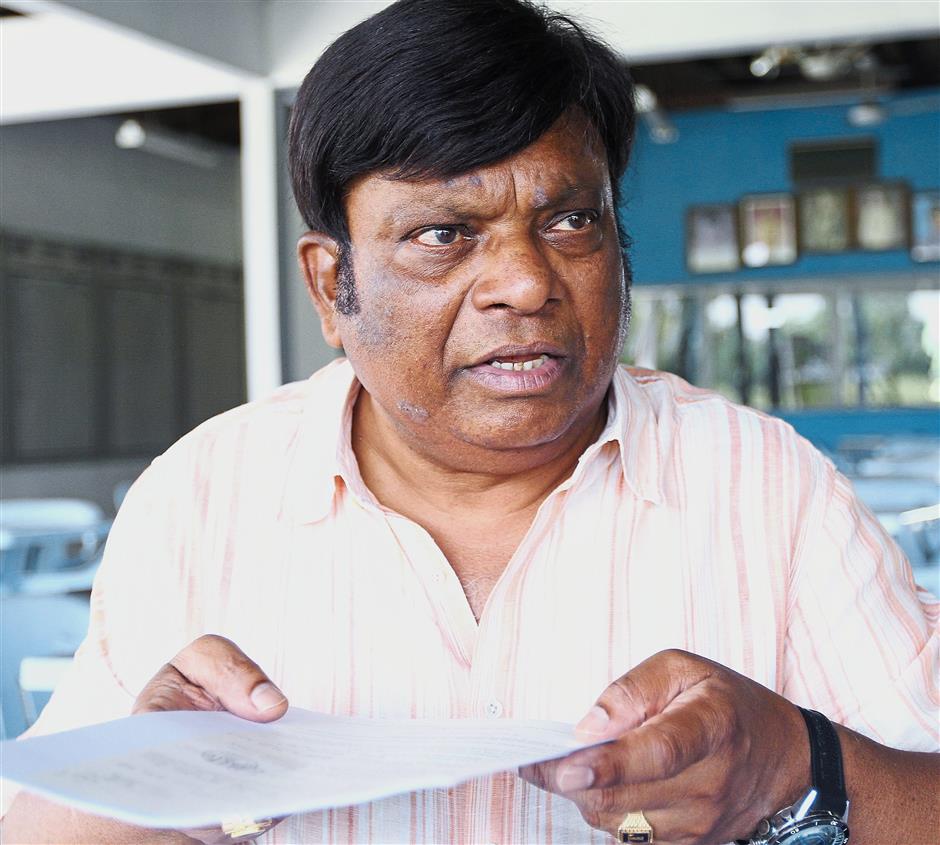 
At Kundang Lakes Country Club, the 18-hole course has already been reduced to nine.

The club management is carrying out sand mining at the nine-hole area that has been closed since May.

Kundang Lakes Country Club general manager Kula Chelliah said the golf course, which had been operating since 1993, was suffering from poor business.

Upon completion of mining works, Kula said, a mixed development project would be carried out at the area. 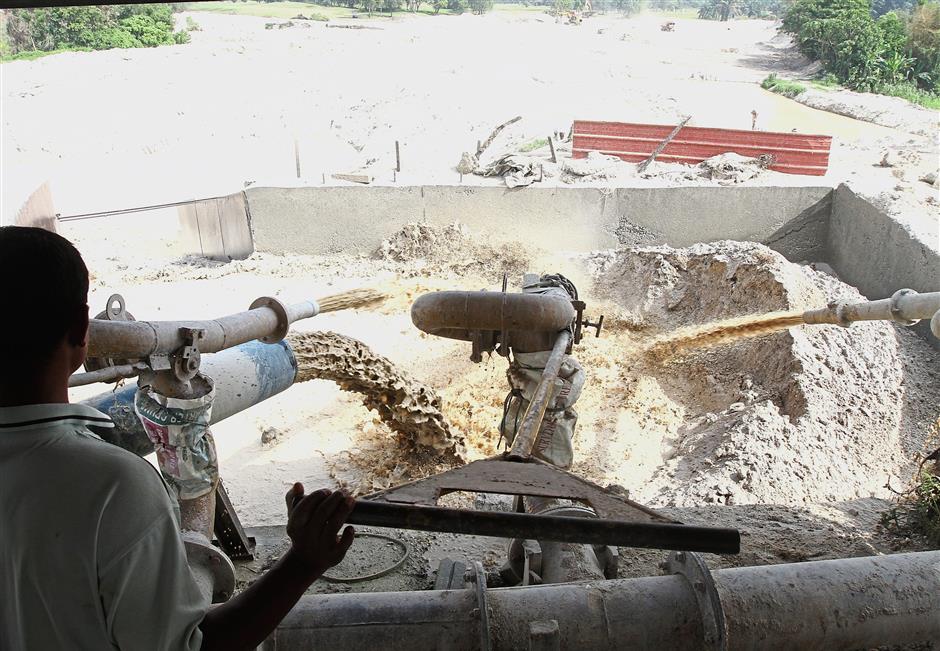 A worker washes the sand in a washing area on top of the hill as the sand is
separated into different grades at Kundang Lakes Country Club.


The second phase, he said, would be followed by a project on the remaining nine-hole area and the golf course would eventually shut down to make way for development.

“We only have 400 members compared to other clubs that have an average of 2,000 members,” he said.

In another interesting development, the Emerald Golf Course in Rawang has not only ceased operations but has been turned into a public park.

The course opened in 2009 but shut down more than three years ago.

A visit to the area revealed that a section of the former golf course now featured a lake as part of the recreational attraction while the rest of the area has been taken over by a mixed development.

However, the course’s pathway, green, floodlights and buggy lanes are among some of the features that have been retained. 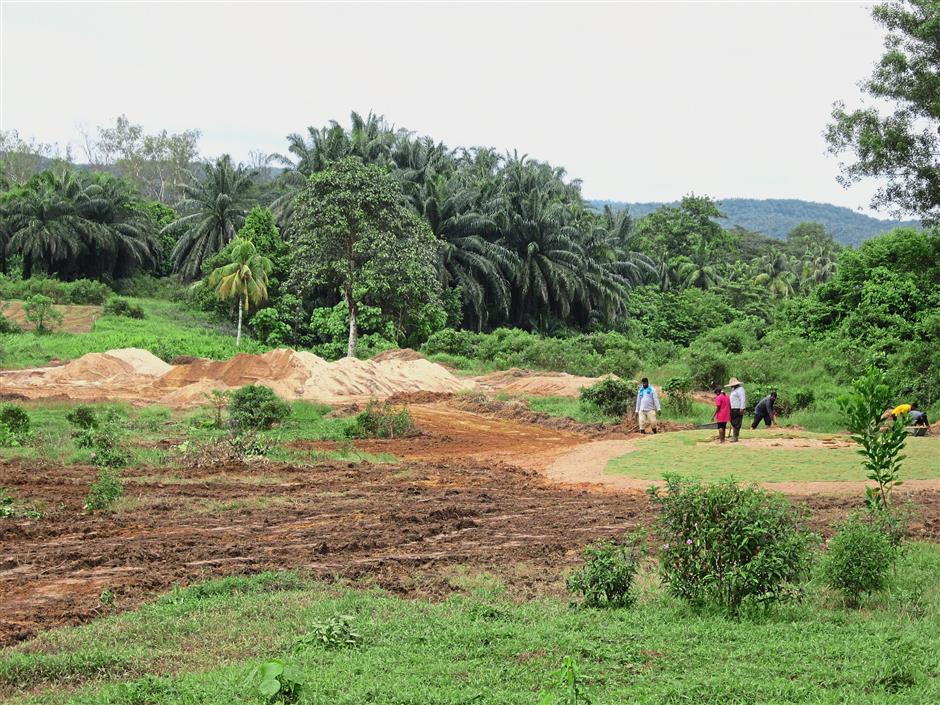 The 18-hole Serendah Golf Resort is being turned into a nine-hole course by its new owners.

A Kelab Rahman Putra Malaysia official said its land was being sold at RM120 per sq ft for the purpose of residential development.

The club was also suffering from poor business, he said, and membership price was being offered at RM30,000, more than 50% less than the previous RM80,000 fee.

“We have 4,200 members but business has been poor.

“We are also offering a RM120 weekday package to visitors for an 18-hole round, inclusive of green fee, buggy service, insurance, RM10 meal voucher and access to the club’s other facilities,” he said, adding that some golf clubs had reduced their daily fee to as low as RM50.

He said some of the clubs were also opening up their facilities such as ballroom, meeting rooms, golf terrace and restaurants to the public, in hopes that the move would help their businesses stay afloat. 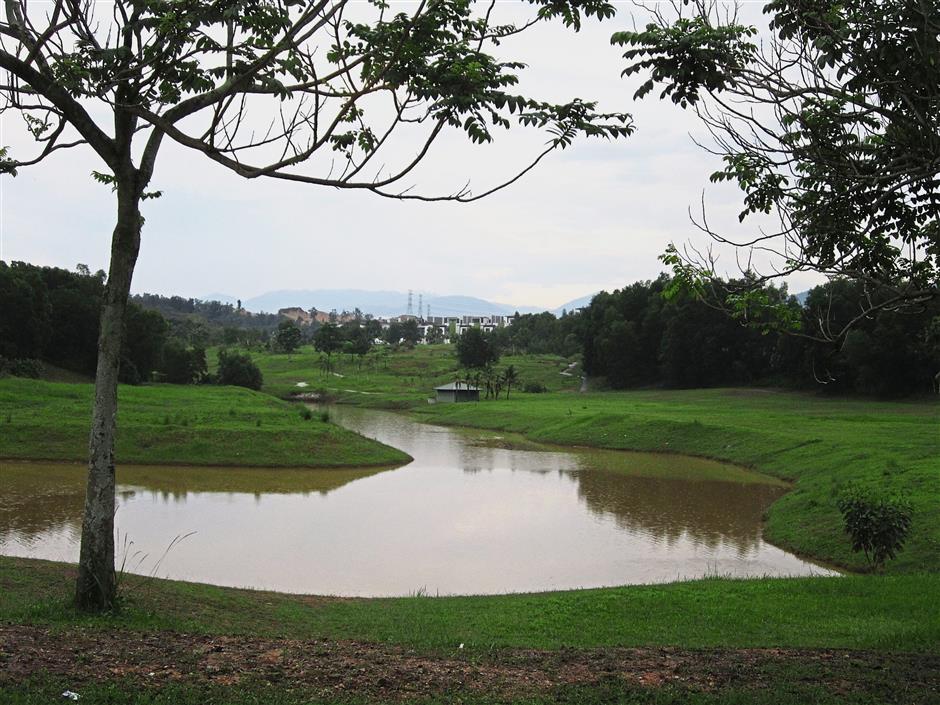 What was once Emerald Golf Course in Rawang is now a public recreational park.


“It is very tough to sustain ourselves with the income from golfing alone,” he said.

Another popular nine-hole golf course in Ampang was also earmarked for redevelopment.

The area, surrounded by elite residential units, would make way for a mixed development project.

“It is just a matter of time before this club ceases operations,” a source said.

Those who enjoy the game shared mixed reactions to the trend of redeveloping golf courses.

Golfer Datuk R. Krishnamoorthy said the high cost of membership and fee amounting up RM400 per round made it expensive to play golf these days.

Furthermore, he said, there were too many golf courses in the Klang Valley.

“This has resulted in poor business and the current economical climate has not helped,” he said.

Another golfer, Lee Boon Siew, said the playing fee should be reduced as many golf courses were built during the good times.

He said the idea of integrating development with golf courses was a good move to sustain the clubs.

“It gives golfers the opportunity to live within the golf course and this will also encourage them to continue with their love for the sport.

“The clubs will also be able to diversify their businesses and generate profit from other areas instead of just relying on golfing as their main source of income,” he said.