4,500 participants get up early for exciting run around Bayan Baru

FORM Three student M. Mogaseelan raced off once the starter gun was fired at the Star FitForLife Fun Run 2017 in Penang.

The event yesterday may be a fun run but Mogaseelan certainly did not treat it as such.

He was in front of the group of some 4,500 runners all the way to the finishing line to complete the 9.5km run in just 38 minutes.

His parents were waiting there and his father S. Makendran, 39, proudly lifted him up. His mother Angelyn Qunnie, 37, hugged and kissed him.

Mogaseelan 15, said it was his best record as he normally completed a 10km run in an hour. 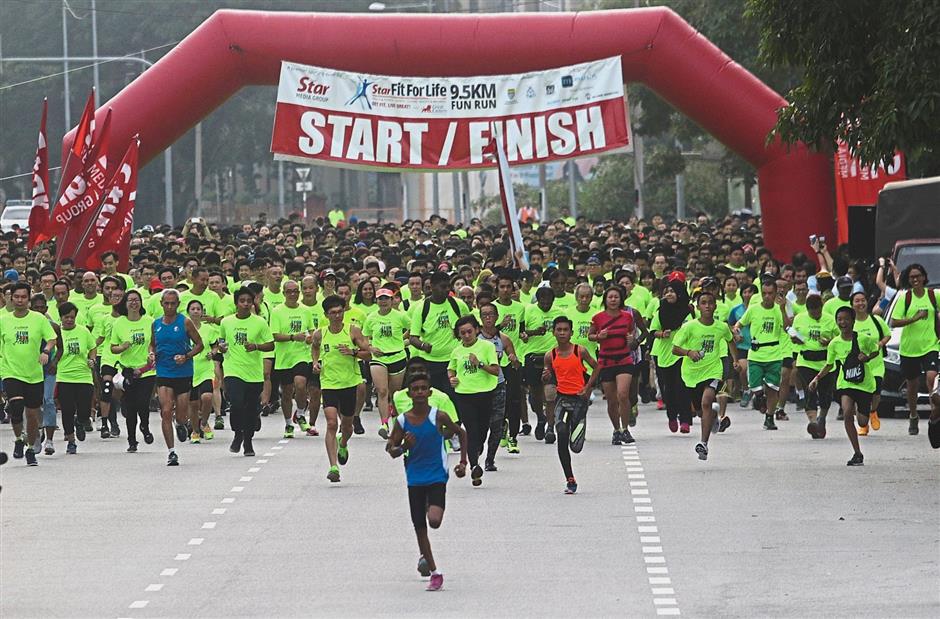 
“I don’t feel that tired at all. In fact, I feel very energetic,” he said.

He said he only started running early this year, with the FitForLife Fun Run 2017 being his seventh running event this year.

“I started by joining the Solidarity Run earlier this year. From there, my coach saw that I could run well, so he trained me.

“I train six days a week by running for an hour a day,” said the St Xavier’s Institution student who aspires to be a professional marathon runner.

Three minutes behind him was Chin Siong Yen, 40, who enjoys running as a form of exercise.

“I run daily around my neighbourhood and try to complete at least 8km a day. 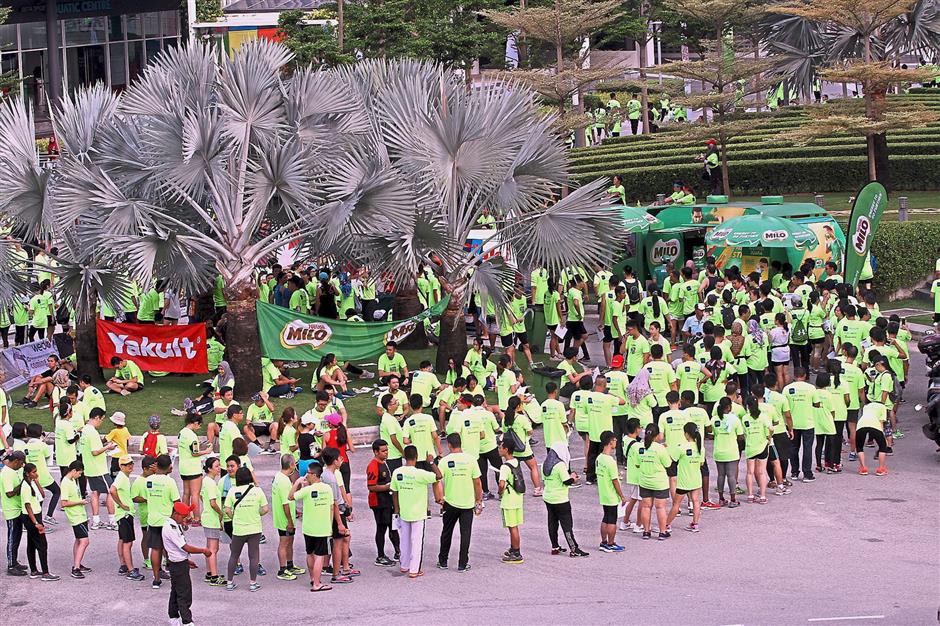 Runners lining up to quench their thirst at the Milo & Yakult booth after completing the 9.5km run.


“When I run, I feel healthier and stronger,” he said.

Yok Yee, who took interest in running just this year, completed the route in 50 minutes.

“I took interest in running because I find the discipline of other runners to be able to push themselves to finish the race very admirable, and decided to try it myself,” she added.

The participants of the fun run had converged along Jalan Mahsuri outside SPICE Arena as early as 6am for the event which was flagged off at 7.30am by Penang Island City Council mayor Datuk Maimunah Mohd Sharif. 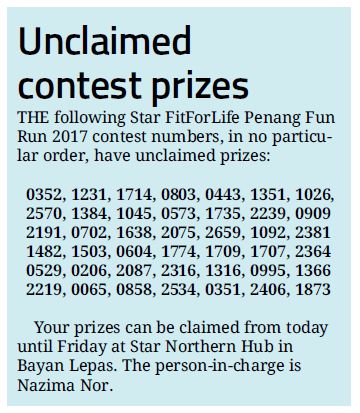 After the run, a contest was held for the participants. Project engineer Lim Kai Sheng, 27, won the first prize of a Samsung Galaxy S8 smartphone.

The run was part of the three-day Star FitForLife Penang 2017 fair which ended yesterday.

Ewein Zenith sales and marketing vice-president Leon Lee said the company was an annual sponsor because “the joy of running leads to wellness which is what we strive for too with our development projects.”