A library built with love

Mok checking out some of the books found in the library named after him near the Anning Children’s Home in Ipoh.

DURING a visit to the Anning Children’s Home in Ipoh about eight years ago, former SMJK Pei Yuan principal Mok Soon Sang was dismayed that its “mini library” was severely wanting.

Mok, 75, noted that there were insufficient reading materials and it was also not well equipped.

Wanting to encourage the children there to read more, he then came up with the idea to set up a bigger library that was more comfortable and filled with books.

Fast forward to 2015, his vision materialised and the Mok Soon Sang Library was opened.

Recalling the days prior to the opening of the library, Mok said he had ran the idea with Master Shi Kong Chan, the abbot of the Bao En Shi Temple, which founded the Anning Children’s Home and Old Folks’ Home. 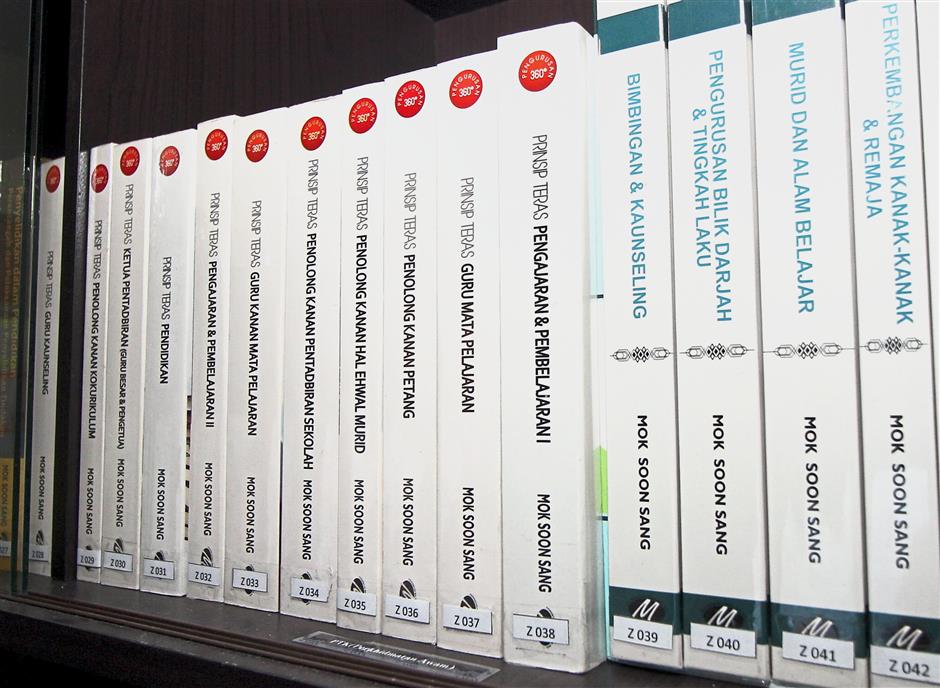 Some of the education books written by Mok are located in a special section of the library.

“Master Shi was receptive to the idea and we began planning for it.

“I managed to raise some RM200,000 from selling books written by me and from other authors,” he said.

Mok said it was Master Shi who suggested the library name due the effort he put in setting it up.

“I had initially wanted it to be named the Anning Library, but Master Shi insisted otherwise as I had donated a lot of my own books to the library for the children and personally raised a lot of money for it,” he said.

“The library was initially meant for the children. Then we also opened it to the senior citizens at the old folks home. It was finally decided later to open it to the public as well,” he added.

Mok explained that he first got involved with Anning when he visited the old folks home about eight years ago. 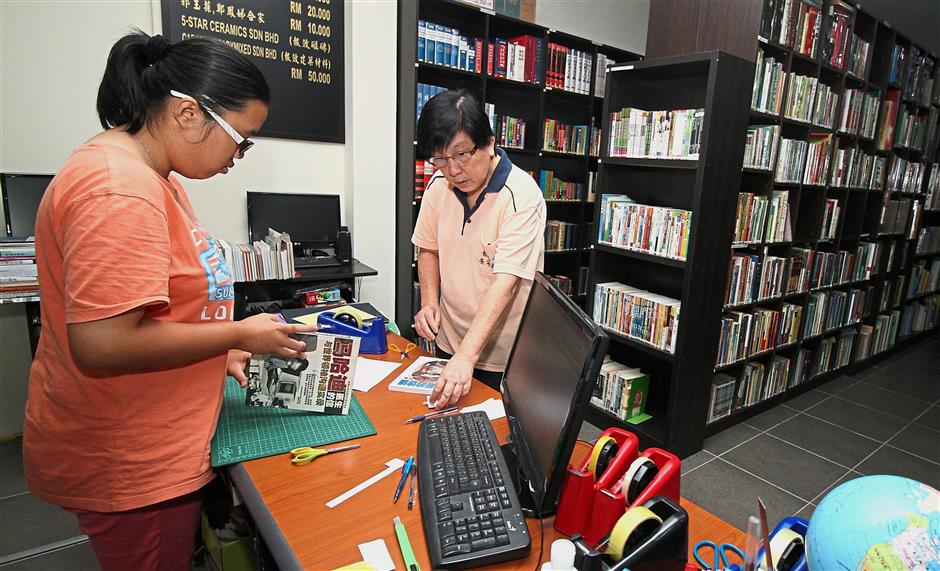 “I was there to visit and give ang pow to the residents in conjunction with Chinese New Year.

“From there, I met Master Shi who invited me to assist him to edit some journals. We then became acquainted,” he said.

Mok said the library started with about 5,000 books in English, Bahasa Malaysia and in Chinese.

“Now we have about 15,000 books in topics ranging from education, fiction, non-fiction, Chinese poetry, and encyclopedia sets.

“We are still getting a lot of books from various publishers and the public and we are planning to obtain more bookshelves,” he said.

A section at the library is dedicated to Mok and the books he has written. (Above) The Mok Soon Sang Library building, near The Anning Children’s Home in Ipoh.

Mok said the library runs like a normal library and people need to register themselves to borrow books.

“We have a computerised cataloging system for all the books here. People can borrow a book and return it within two weeks. It can also be renewed. A fine will be issued if the book is returned late,” he said.

He also said the state Social Welfare Department has also taken a cue from the library and is planning to set up libraries in other orphanages.

“I think they have set up one in Taiping,” he said. (Left) A visitor reading at the Mok Soon Sang Library.

“I hope more libraries could be set up at other children’s home to encourage them to read more,” he added.

Mok said the facility welcomes donations of money or books.

“We still need donations to run the library and we definitely also welcome more books,” he said, adding that receipts are issued for any donation of RM50 and above.

The library is open daily from 9am to noon and 1pm to 5pm, except Mondays.

Registration for a library card is free and will be issued.