Cocoa beans have been used in cosmetic and skin care for many years and now Malaysia is getting in on the action.

Cocoa beans are considered to be a rich source of anti-oxidants and a high level of flavonoids, which may have beneficial cardiovascular effects.

The smell of cocoa is also said to boost your mood and make the brain release endorphins into your system, which trigger a positive feeling in the body.

For Zar Cosmetics Sdn Bhd Executive Director Zarina Alias and Group CEO Dr K. Pathmanathan, the use of cocoa in cosmetics is more than just a gimmick.

“Cacao beans have many uses for skincare and cosmetics. We have started manufacturing cocoa-based cosmetics at the Malaysian Cocoa Board (MCB) plant in Nilai since early this year,” says Pathmanathan, who became keen to produce cocoa-based cosmetic products after attending the InnoSeed event organised in KL by PlaTCOM Ventures Sdn Bhd, the national technology commercialisation platform of Malaysia, last July. 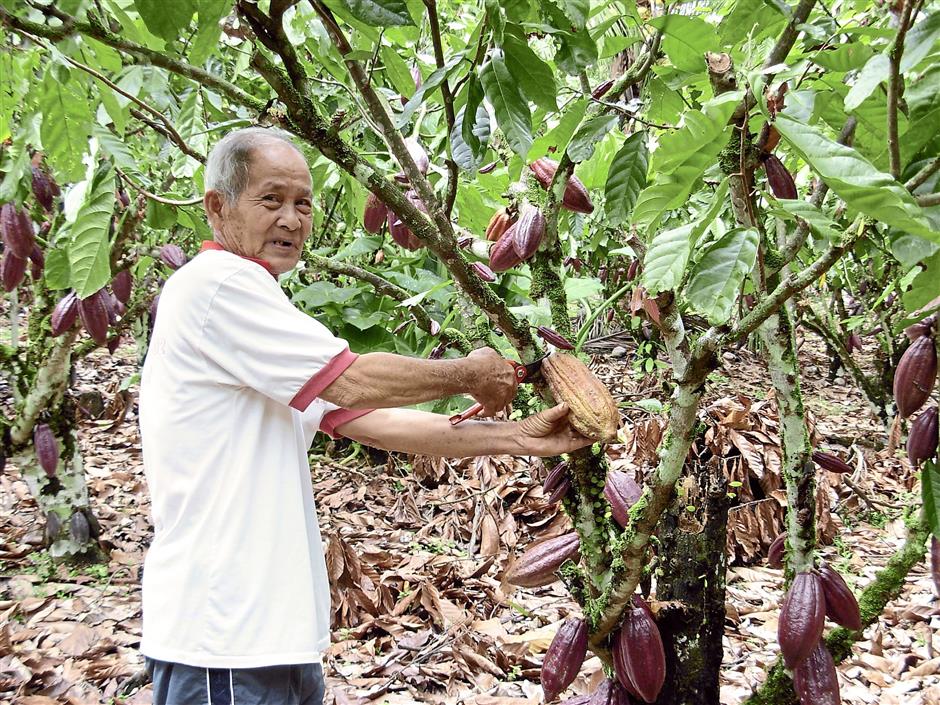 Ready supply: A file image of Bong Kim Yung So at his cocoa farm in Serian Sarawak. The availability of high-quality cocoa locally is good news for Zar Cosmetics.

InnoSeed is a programme tailored for Malaysian SMEs to accelerate the development and commercialisation of innovative, market-driven products and services.

“We stumbled upon some very innovative cocoa-based beauty and cosmetic products. So we decided to venture into cocoa-based beauty products knowing that it would be a great addition to our existing range at Zar Cosmetics. We were so fortunate that PlaTCOM decided to give us a grant to execute our project,” says Pathmanathan.

According to PlaTCOM Executive Director Dr Viraj Perera, after months of evaluation, Zar Cosmetics Sdn Bhd was one of the short-listed SMEs out of 245 entries in the High Impact Programme 2 —Technology Commercialisation Programme (HIP2-TCP).

“Zar Cosmetics was one of the exemplary success cases of remarkable innovation. It’s also one of the Malaysian companies, in addition to the 15 other Malaysian SMEs, that PlaTCOM Ventures selected to bring their innovations to the next stage of development and assist them in global market penetration,” said Dr Viraj.

Among the forms of help offered by PlaTCOM are funding; technology transfer; licensing, which includes drafting, negotiation and execution of 25 license deals; branding; trademarking and package design, identification and incubation facilities; halal certification; and expansion of manufacturing capabilities to link up with relevant parties for business expansion.

Zar Cosmetics is a subsidiary of Zar Consortium Sdn Bhd, a bumiputra company established in 2009 that has interests in in food and beverage, agriculture and information technology. Among its successful products is the Zar Alphonse Mango Juice Drink. 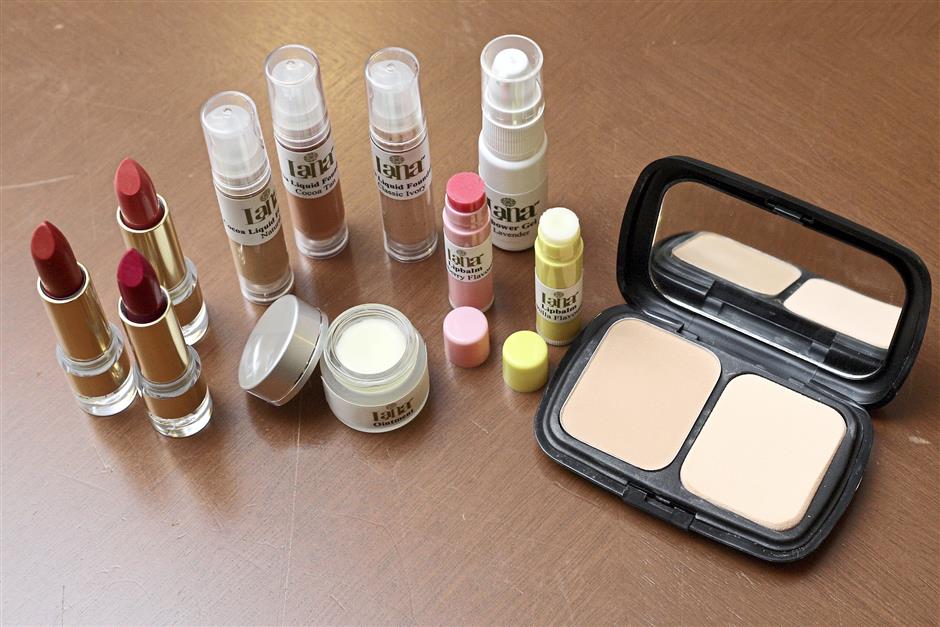 After the company’s participation in the HIP2-TCP event, the Lana Cocoa-based Cosmetics range was developed based on formulations that use cocoa liquor, cocoa powder and cocoa butter. PlaTCOM Assistant Vice-President Biruntha Mooruthi suggested the cosmetics line should be named “Lana” as it sounded universal.

PlaTCOM had further discussions with Zar Cosmetics about how to move forward and introduced them to NFS Biotech Sdn Bhd, a company involved in the production of Aloe vera-based products.

With PlaTCOM’s assistance, Zar Cosmetics and the Malaysian Cocoa Board (MCB) signed a partnership agreement and were taken to MCB’s processing plant in Nilai to engage with scientists and researchers of cocoa-based products. 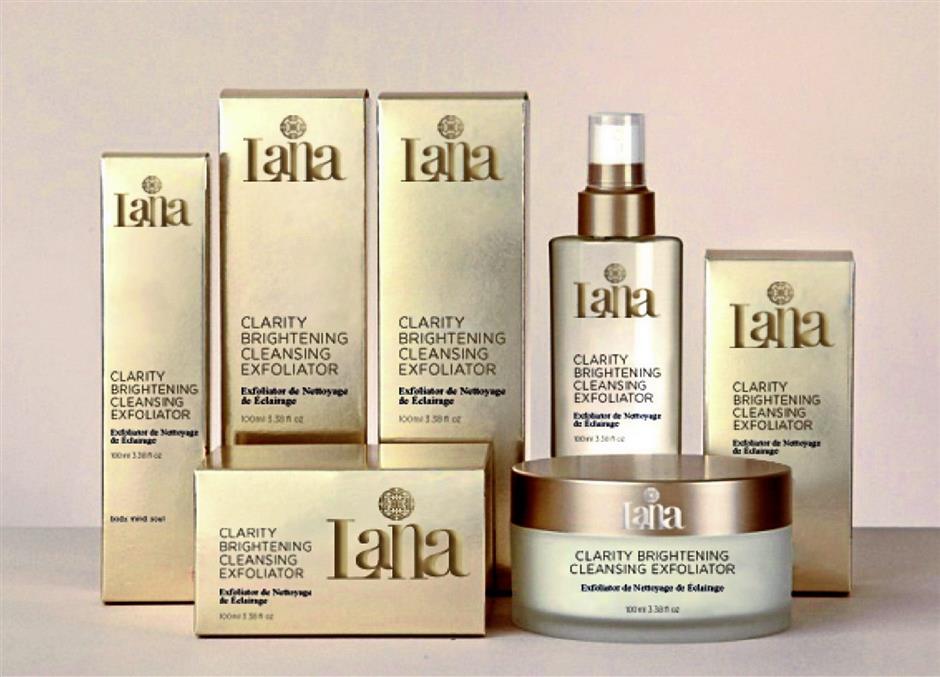 Malaysian brand: The range was developed based on formulations that use cocoa liquor, cocoa powder and cocoa butter.

“We are a different kind of cosmetics company. The Lana Cosmetics range is targeted at hospitals and hotel groups. In the future, we will also introduce it to Africa and India, where people appreciate the natural benefits of cocoa in everyday life,” he said.

To date, Zar Cosmetics has signed an agreement with athree-star hotel in India; a letter of intent with a distributor in Brunei and Saudi Arabia, clients in Uganda and China and two Malaysian hospitals.

“After having gone through several negotiations, agreements and trademarking processes, we are finally able to introduce our products abroad.

All this was done within seven months with the assistance and funding received from PlaTCOM Ventures. PlaTCom will provide end-to-end facilitation and funding to select Malaysian SMEs for further development of innovation into commercially viable end products,” said Zarina.

With assets in excess of RM1mil, Zar Cosmetic’s goal is to spearhead the local skincare and cosmetic industry by producing halal and nature-based product lines targeted at local and overseas market. Last December, Zar Cosmetics filed a trademark application for Lana cosmetic products with the Malaysian Intellectual Property Office. Partners: A file image of the Malaysian Cocoa Board’s processing centre in Bangi. Zar Cosmetics is working closely with the board to produce its range of cosmetics.

For a start, PlaTCOM has given a grant of RM364, 800 to Zar Cosmetics to start the project. Production commenced last month at MCB’s Nilai manufacturing plant for five cocoa-based products and one Aloe Vera based product.

“If everything goes as planned, the whole range of Lana Cosmetic cocoa-based products will be in the market in August,” said Zarina.