Many would agree that Malaysia has many appealing attractiongs, ranging from our food to our natural wonders.

Beyond all that, companies are also looking at turning Malaysia into an amusement and theme park destination, adding to the leisure offerings of the country.

In recent years, Malaysia has seen a number of new theme parks added to the local landscape including the likes of Leisure Park@i-City in Shah Alam and Legoland in Johor. And a few more major parks are expected to open their doors in two to three years time once construction is completed. Fun in the sun: The entry of bigger brands will provide a boost for the theme park landscape in Malaysia.

He explains that having more theme parks in the market does not necessarily translate to stiffer competition.

“It just means that we will have more marketing money in the industry to promote Malaysia in general as a tourist destination. And with more theme parks around, we should see an increase in tourist arrivals. So the pie will get bigger,” says Choo.

The key to growth, noted Choo, is to take advantage of the larger market to gain a “bigger slice of the pie”.

Sunway Lagoon was officially opened in 1993 and has long enjoyed first-mover advantage before smaller parks started to gain traction within the Klang Valley area. The theme park, which is built on what used to be mining land, is spread over 80 acres.

One of the advantages that Sunway Lagoon enjoys is that it is part of an integrated development and can leverage traffic from the a major hotel and shopping mall next to it.

The theme park has done well for itself with regular upgrades and new attractions, said Choo. 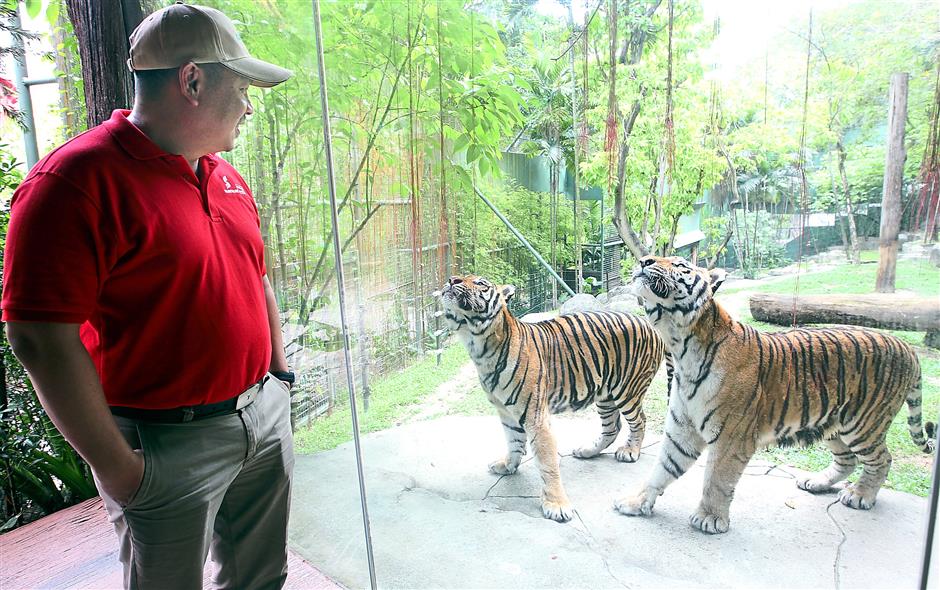 “We are always looking at new ideas to excite our visitors. If we do not continuously invest in upgrading and refurbishing works, we will be impacted in the long run. Without new attractions, we will see a drop in visitor arrivals,” he says.

Sunway Lagoon recorded 1.5 million visitors last year with foreign tourists making up more than half of the number.

The management of the park puts a lot of emphasis on attracting foreign visitors as a theme park cannot survive on the local business alone.

“Local visitors tend to go to a park once every few years so we need to grow our international visitors to maintain our numbers. We are one of the few local parks with large numbers of international visitors and we have invested a lot in growing our brand outside of the country. We are a very well established brand in the Middle East and in India,” he says.

The theme park is also looking at strengthening its brand in the region as international amusement and theme park operators are increasingly eyeing a piece of the South-East Asian market.

According to Choo, there are already a few well-established parks in the region and the entry of bigger brands will provide a boost for the theme park landscape here.

He noted that Legoland and DreamWorks Animation have already made their way to Malaysia and Cartoon Network’s Amazone recently started welcoming visitors in Thailand.

Choo fancies the region imitating Orlando, Florida, which is known as the theme park capital of the world. Reports estimate that Malaysia alone will see some 50 amusement and theme parks by 2020. Not just a waterpark: The theme park is expanding its wildlife park by another three acres to cater to the growing number of families that visit the park. More than half the visitors to the park last year were from other countries.

“Having the international parks here is a good thing. It raises the profile of the industry here and there is room for more players. But it also pushes local operators to improve themselves in order to compete like upgrading their rides and improving customer service,” he adds.

The partnership will develop a 20 acre Nickelodeon-themed attraction within its grounds. The new park is expected to be open in the middle of this year.

Choo is optimistic that the new component of Sunway Lagoon will drive a lot of new interest in the park, which will help counter the expected drop in visitor numbers when the goods and services tax (GST) is implemented in April.

He says consumer spending in general will drop a little during the initial stage of the new tax regime, but expects it to pick up again about six months later. Sunway Lagoon will be revising its ticket prices once GST kicks in.

“We are putting together the elements to have a stronger park. So we are also extending our wildlife park by another three acres to cater to our growing family visitors.

And we are increasing our shows and events to generate more interest and it is working. We get visitors looking forward to some of the events that we have.

“So we are prepared for the growth that will come and compete as well as complement other players that come into the market,” says Choo.