Showing the ropes: Tan (right) offering guidance on wiring to Morales (left) and Borda at the workshop.

HARDWARE is rarely discussed when one talks about technology start-ups. Most of the attention is given to software and the next great app.

For Clarence Chew and Tan Jia Shern, the co-founders of Hackerscape, a community devoted to tech enthusiasts, this is something that should be remedied.

Since its inception in October, Hackerscape and its co-founders have held three classes for hardware enthusiasts — one on learning to programme a credit card-sized single-board computer called the Raspberry Pi, and two more on 3D printing and design.

Both classes were received enthusiastically, encouraging the Hackerscape management to organise another 15 classes for local tech enthusiasts.

Chew, who studied information systems engineering at the University of Manchester, started out in consulting, before branching out and starting Tinkerbox Studios, a software company in Singapore. 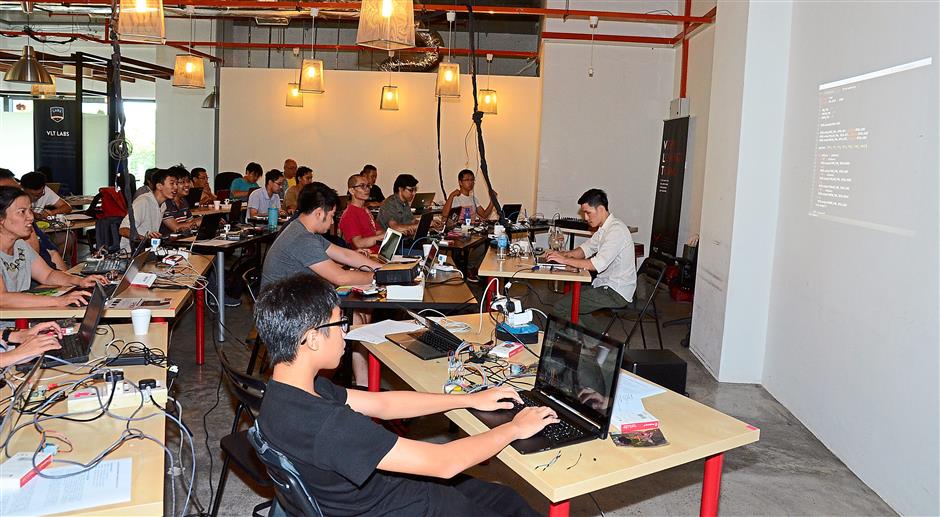 Full house: Hackerscape’s inaugural workshop has been well-received, with participants of various backgrounds who were keen to learn about hardware hacking and programming.

During working trips to visit multinational companies in Penang and the Klang Valley, Chew became impressed with the strong engineering ethic and design vibrancy that he saw.

The skills he saw were what led him to set up Hackerscape. The hope is that the classes Hackerscape offers will provide an avenue to cultivate even more engineering and design skill in Malaysia.

“Malaysians have always had a mindset or culture of tinkering, ranging from when we first started out assembling our own Tamiya radio-controlled cars, to buying parts from Low Yat Plaza to build our own computers,” says Chew.

Tan, who is now pursuing his mechanical engineering degree, is focused on developing the Hackerscape classes and workshops, including recruiting the instructors and trainers for the sessions.

In the case of the inaugural Raspberry Pi class, a sold-out session, Hackerscape participants were taught how to programme the single-board computer to perform functions such as controlling air-conditioner.

“ ‘Raspberrys’ are useful, because all you need is a keyboard and the monitor to input the commands to program the the Raspberry, which is cheap,” says workshop instructor Matthew Yeow, 30.

Yeow, who started learning with a similar open-source single-board computer called the Arduino, says such workshops are great for people to get back to the basics of tinkering, or what the younger generation refer to these day as “hacking”, beginning with the hardware itself. 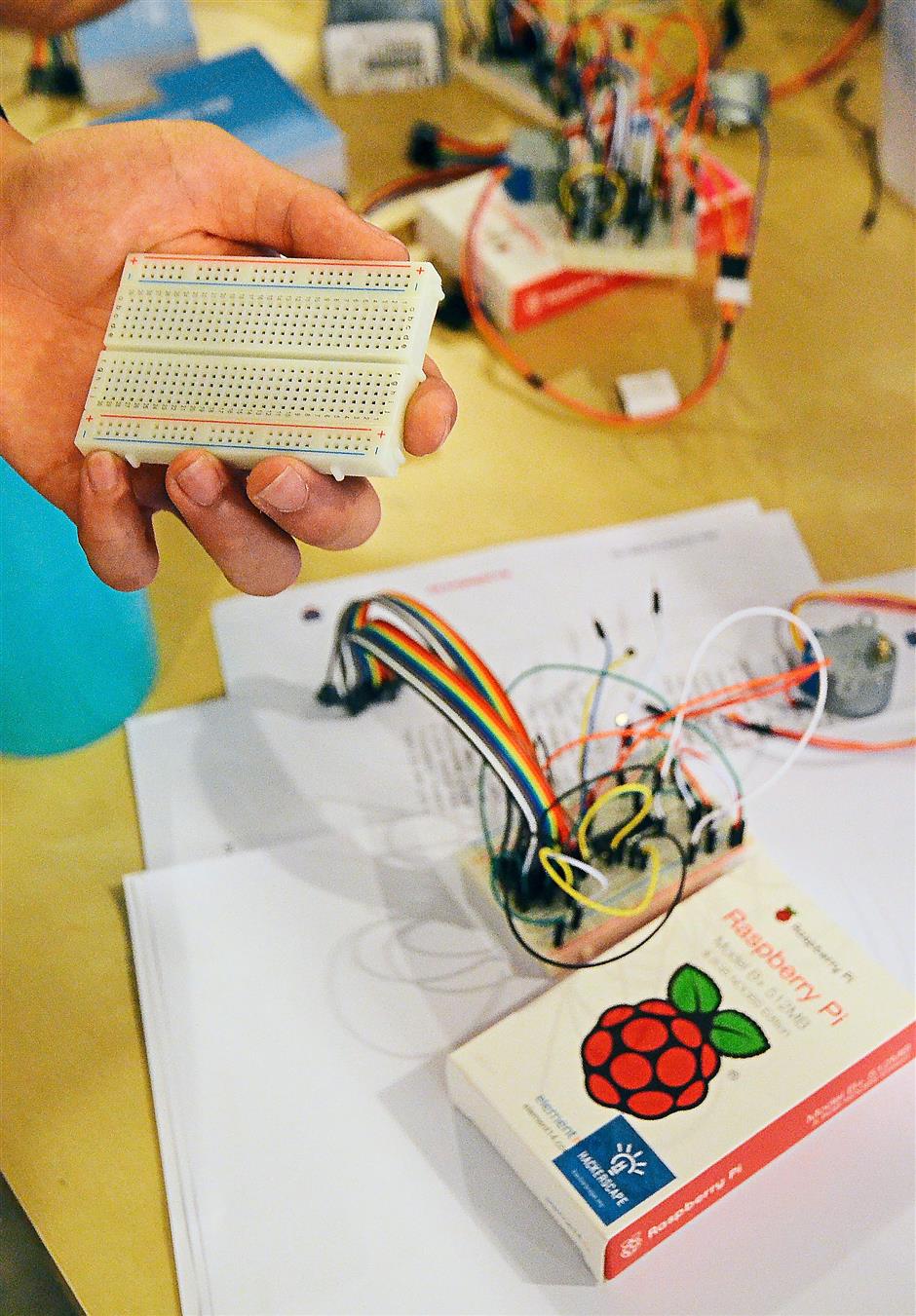 Mini wonder: Raspberry Pi is a programmable single-board computer which is used to teach newbies the basics of computing.

The majority of participants at the inaugural workshop were not softwareprogrammers. Many were ordinary people looking to learn a little about the basics of programming software and came from a variety of backgrounds such as Costa Rican Valeria Morales, 27 who comes from a marketing background.

“I like gadgets and I have played with single-board computers before, but this is the first time I am actually programming one,” said Morales.

Fellow participant, Tony Borda, 28, from Colombia, is a web developer, and understands the concepts of programming, but was trying to learn more about Python, a new programming language for him.

Tan, a hardware enthusiast, says the Raspberry is an easily accessible computer, given its low cost. In fact, it is used as a tool for teaching schoolchildren in the United Kingdom the basics of computer coding.

The fact that Hackerscape’s Raspberry workshop was run in a very practical way was also an incentive for new users and “tinkerers” to continue experimenting once they were done with the class.

Tan says, although the class involves coding, the basics still revolve around the hardware, and he sees both as an integral part of hacking and creating all kinds of devices.

“For the past couple of years, everyone has been focused on software, but we are seeing developments in things such as microchips and wearable technology. This signifies a return of sorts to the old days of hardware tinkering and modification,” he says.

Hackerscape hopes to play a role in bolstering the hardware scene here with its workshops, such as the recent 3D-printing workshops, both of which were also sold-out.

“So many people have heard of 3D printing, but not many have been able to see it in action,” says Tan, adding that 3D printers are becoming more accessible to local designers and firms.

Hosted by Teng Yeik Ling of 3D Printer Sdn Bhd, the workshop sought to impart a solid understanding of the technology to participants.

Aside from the basic design principles and familiarisation with 3D software and technology, the participants were also given the templates for printing a basic keychain, although participants were encouraged to get creative and innovate beyond the basic template.

Tan says the workspace located in SS2 Mall in Petaling Jaya is in the process of relocating to Bangsar because of the recent news about the shopping centre’s impending redevelopment.

Although Hackerscape is run as a business with its members gaining the use of the space, Chew and Tan says chances of the business turning a profit anytime soon are marginal at best.

“Once you deduct the cost of supplies such as the Raspberrys or 3D printers and the printing material, the space itself still needs upkeep and the utilities.

“But all that is actually secondary compared to generating interest and reviving tinkering and hardware hacking in society,” says Chew.