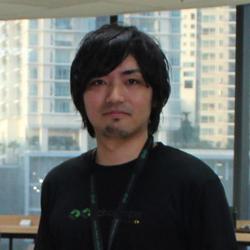 An engineer testing the movements of a manufacturing arm at the company’s prototype centre in Puchong.

DREAMS do come true, and that is why, for Khairil Adri Adnan, it is important to dream big.

Khairil, who has been fascinated with digital technologies since his school days, designed a controller that could start a car from a remote controller when he was still a student, having been inspired by the talking car Kitt in the 1980s television series Knight Rider.

Khairil, who is the chief executive officer of DreamEDGE, founded the company in 2007 with Azhan Abdul Aziz who is now the general manager.

Khairil says digital technology continues to expand the fields that the company can venture into.

“With the human capital and equipment which allow us to do 3D imaging and analysis, we are able to work on fields such as electronic components manufacturing, designing factory layouts, and even automotive crash tests,” he tells Metrobiz. Getting things moving: One of the engineers configuring the moves that a robot can do.

His expertise has allowed him to venture into various sectors, including manufacturing, defence, energy and transportation.

And there is more to be explored as Adri says there are still new areas that the company can move into, with the help of subject-matter experts.

In fact, collaboration is key. His company was started with the help from his previous employer, a Japanese information technology company, which saw his potential to grow beyond the company.

“After serving the company for about 10 years as a systems engineer, I talked to the president of the company about the potential of a digital-engineering venture that could for starters help to manage their clients in South-East Asia region,” he said.

With a grant of RM1mil from the Japanese company, DreamEDGE began by providing helpdesk support and handling outsourced jobs from car and tooling manufacturers, and 3D modelling work.

“These jobs require a thorough understanding of the product design throughout its lifecyle. There were also instances where we had to do reverse engineering to build 3D data so that obsolete components could be reproduced even though the support agreement had ended,” he said.

Apart from that, as cost always remain a major consideration in any business, particularly in manufacturing, the company was able to propose more cost-efficient methods to achieve their objectives.

He says an example of this can be found in a crucial part of vehicle development — crash testing.

This days, the company can simulate a crash with 90% accuracy and higher using anaylsis done via computer-aided engineering (CAE). 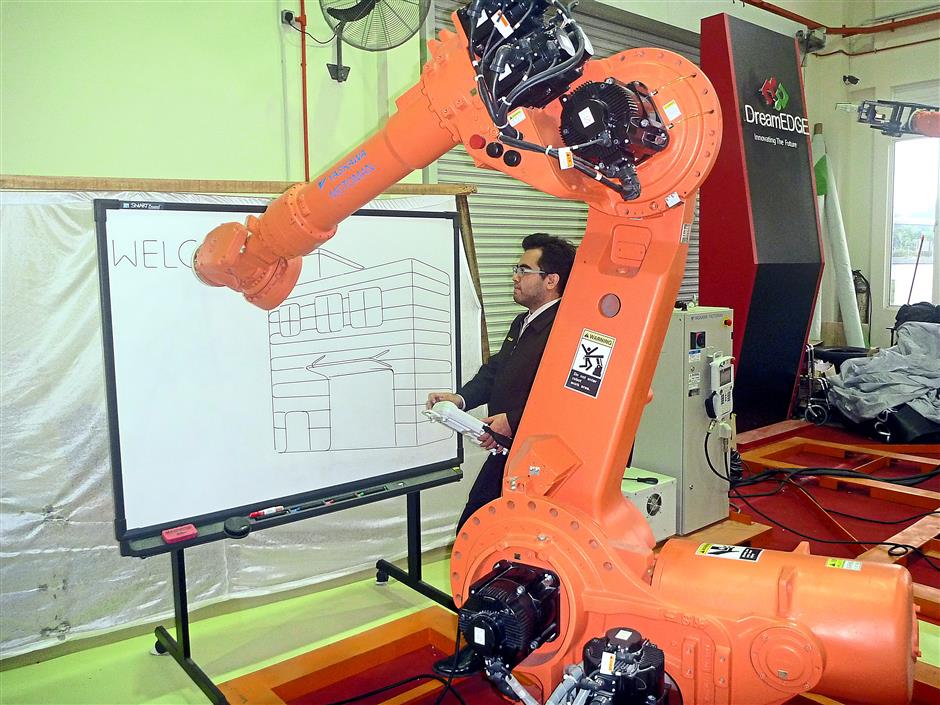 An engineer demonstrating how a manufacturing robot can be programmed for even the most delicate tasks, including drawing.

These simulations are less costly as they do not require a rebuilding of the physical prototype after each test, greatly reducing the time and cost needed for the development of a new vehicle. The simulations also allow them to explore various parameters and retest them until they are comfortable with it.

Because many types of engineering work lands on their desks, Khairil says they begin each project by first understanding what the customers need and even providing free services to prove what they can achieve.

These jobs, he say, eventually generate the revenue needed to sustain the company, and beyond that, allows them to do research and development, and prototyping which is a step to realising his dreams.

The value of the company’s projects can vary from a few thousand ringgit for training courses conducted for private companies to millions of ringgit for new vehicle development, which involves design, prototype development and developing the systems for mass production.

“In our courses, we do not teach how to use software. Rather, we teach participants the design process, especially for complicated designs involving components that have to be integrated with other parts. For instance, if you design a car dashboard, you have to think of how to create a design that integrates well with the windscreen and the door panels,” he said.

With three engineers, they set up the office in a rented 2,500 sq ft office in Cyberjaya, in 2007. The company has since grown to 115 employees today with a prototyping centre in Puchong, Selangor and a design centre in Taiping, Perak.

Last year alone, he said the company invested RM10mil in design software, data security systems, 3D printers, and scanners. The company has invested about RM30mil in itself since its establishment.

“To me, it is not about making money, or having a cushy job per se, but rather, the ability to build things — from robotics to other electrical devices — that will eventually lead to more complex products, such as a vehicle,” he said. Khairil Adri Adnan (right) trying out the electronic functions of a car that can be controlled using wearable devices and smartphones.

The company is preparing to move to a new tower in Cyberjaya, occupying three storeys spanning 30,000 sq ft early this year. The location will be a one-stop centre for the companies’ operations, including a prototyping centre.

He says that for the nation to move forward, it is important to shift talent development from being able to handle complex equipment to being able to build it.

“We are serious about filling the gaps in the nation’s knowledge-based economy,” he said.

Moving forward, Adri intends for the company to build its own products, having already partnered with technology companies to build prototypes for electric buses and even race cars.

This, he says will reduce their dependence on the actual product makers. Some products that he sees potential in include medical devices, drones, vehicles and robotics related technologies. 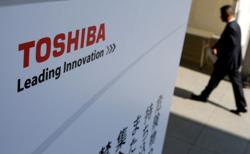 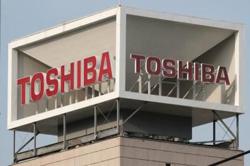