Designer starts to make waves with his shoe designs

On international platform: Zul Mohd’s Emmett line of women’s shoes is starting to draw attention in the US. His shoes have been worn by celebrities at red-carpet events.

Malaysian shoe designer Mohd Faizol Abdul Karim seems to have discovered the secret to winning the hearts of fashionistas.

His exuberant designs appear to be finding a following among stylists.

Be they flats, heels, gladiators sandals, ankle boots or wedges, Mohd Faizol, better known as Zul Mohd, has his own way to make them look comfortable and classy.

“Most women like wearing heels, but the trouble their your feet will get tired if they wear them for long hours. I decided to put in a platform to cushion the feet. So you can still be comfortable, although you are wearing a five- or six-inch heels,” says Negri Sembilan-born Zul who started off as a wedding and fashion consultant before becoming a shoe designer.

Zul says he had always been interested in fashion, but since they were too many local fashion designers, he decided to switch to shoe design.

He was inspired to design hand-made shoes in 2011, which resulted in the formation of Emmett, the brand for his shoe designs.

He says he decided on the brand name “Emmett” after being inspired by the character Emmett Cullen in the Twilight movies. Cushioning the feet: Zul Mohd says he puts in a platform to ensure his shoes are comfortable.

“I started off with a small amount of capital, RM5,000, and was looking for a special name for my shoes. Somehow Emmett came to mind as I’m a fan of the movies. I’m glad the name caught on and people are slowly getting acquainted with the brand,” said the 38-year-old designer.

Breaking into the international scene is never easy, especially if you are new and have no track record. But this did not deter Zul who aspired to carve a name for his brand in other countries. The obvious hurdle was money.

“Initially, I wanted to have a shop overseas, but after studying the limitations, I decided to leverage social media to reach my target audience.

“I sell my shoes online and at the same time appointed an agent, The Archives & Showroom in Los Angeles, promote my shoes,” says this computer science graduate.

With no formal training and exposure in shoe designs, Zul’s success story is based on his passion for design, and learning as much as he can from the success stories of various famous fashion designers.

“You have to invest time in your passion because the end result is very rewarding. I believe when you are truly passionate about something, you will somehow find a way to make it happen.

“I wanted to be a reputable fashion designer because I want to show and share my designs. If you want it to happen badly enough, you will somehow get there,” says Zul, the managing director of his company Emmett Exclusive Designer.

Zul says he firmly believes it’s possible to be successful internationally, regardless of the competition, as long as you are resourceful, brave, positive and determined. He relies on Twitter, Instagram and Facebook to get in touch with international stars personally.

“Persistence is most important. Though chances are your tweets, emails and Facebook messages to these stars will go unanswered, you should not give up.

“I believe you will get that break somehow… just don’t stop trying,” says Zul, whose perseverance paid off when the representatives of a some famous personalities answered his emails. 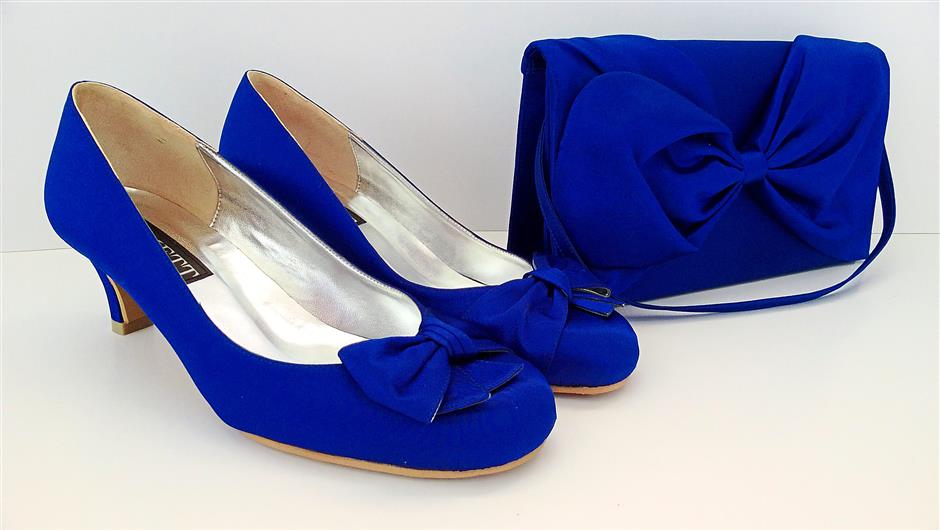 Through his agent in the US, Zul, who specialises in heeled shoes, slowly introduced Emmett to the international scene.

“He got his break in 2013 when CSI actress Lauren Mayhew wore Emmett shoes to The 55th Grammys Awards. So did Kiara Belen, runner up of America’s Next Top Model season 19 and member of female R&B group Heiress .

Other Hollywood celebrities who have worn Emmett include actress Kristyn Burtt on ABC’s Dancing with the Stars and former model Kimora Lee Simmons.

Emmett’s high heels have also been featured in Runway magazine under its “Deliciously Retro” fashion section for its Fall 2014 issue and Covergirl magazine in an article about Nancy O’Dell, a US TV host and entertainment journalist.

Not content with this, he was encouraged to present his exclusive shoes and clutch designs to Queen Elizabeth II and the Duchess of Cambridge, Kate Middleton.

“Creating a brand is not easy. You have to customise the colours, materials, soles and even the packaging.

“For me, it is not just designing a shoe — I’m creating a brand,” said Zul, who founded The Persada in 2006, an event-planning, wedding florist, and decoration company, that has organised events for the Prime Minister’s Department, royalty, corporations.

Emmett’s shoes are custom-made. These days, this self-taught designer subtly incorporates the cultural Malay songket patterns into his shoes.

“Songket is a glamorous material. Besides the regal and unique look, songket’s charm adds uniquely Malaysian glamour to shoes.

“But whatever material I use for my shoes, I make sure it is comfortable and durable,” said Zul, who is also a co-founder of Tun Teja, a brand of cosmetics, personal care and healthcare products.

Though he has made a name for himself at the most prestigious fashion events in the world, Zul remains grounded.

“Besides a good shoe design, you must have a reliable, trusted manufacturer with a good track record and a professional agent who will help open doors for you.

“I also try to keep up with the latest trends in shoes by reading fashion magazines because I want to make sure Emmett stands out!” Zul uniquely.