Thirty years ago, Jenny Chuang had no inkling that she would one day become an entrepreneur running a successful frozen food and pastry manufacturing company.

However, Chuang, who is managing director of Sydney Cake House Sdn Bhd, describes her experience over the last three decades as far from being a bed of roses.

Sydney Cake House was established in Damansara Jaya, Selangor in 1982 as a family business.

Initially, Chuang’s brother-in-law was tasked with running the show.

As a result of certain complications, Chuang had to take on the operations of the company instead.

Chuang, then 33, left her job as a private secretary and went to Singapore to enrol in a cake-baking class to prepare for the role.

“I didn’t know anything about baking. So, I decided to learn how to make a cake. At that time, the Black Forest cake was popular so I learnt how to make that,” she said.

But little did she know her newly acquired skills were of no use at the company.

Upon getting into the job, Chuang discovered Sydney Cake House was actually supplying bread and pastries to schools and factories. Instead of baking cakes, Chuang spent most of her time making deliveries.

Fortune smiled on Chuang many months later when she came across Black Forest cakes at the coffee house in Selangor Club. She met with the manager and asked if she could supply them with cakes.

“From then, I supplied them with 15 Black Forest cakes a day. It was a good business. But the manager left six months later and they changed their buyer. The orders from Sydney Cake House were discontinued.”

She initially looked around for another buyer for her company’s cakes, but finally decided to set up her own small bakery in a corner in Campbell Emporium in KL. Well packaged: Chuang with some of the baked goods that her company makes.

The deal took more than half a year to finalise but the struggle was worth it as she made RM12,000 to RM15,000 in sales a month from the outlet.

In 1984, Chuang received a call from an old acquaintance, which led to a deal that enabled Sydney Cake House to develop and supply frozen pastries and products for 7-Eleven.

In the early 1990s, Sydney Cake House moved its production facility to Shah Alam and also started supplying its cakes and pastries to hypermarkets. Things were certainly looking up for Chuang and her team.

But business took a plunge in 1998 following the Asian Financial Crisis and Sydney Cake House, along with many other consumer goods businesses, was badly affected.

Nonetheless, Chuang said there was a silver lining in the experience because she learnt how to manage a business in very challenging circumstances.

Sydney Cake House encountered another crisis in 2002 when metal residue was found in some of its goods and the company had to institute a product recall.

“I realised then that food safety is very important. As such, we started implementing measures, such as installing metal detectors in our production lines, to ensure our products are up to the mark. We also started applying for quality certification as well,” she said.

Getting the certification also made it easier for the company to export its products to markets such as Japan, Australia, Myanmar and Vietnam. Today, exports make up about 20% of the company’s revenue.

Sydney Cake House is also eyeing opportunities to venture into the Indonesian market.

These days, with the experience it has gained and its house in order, the company generates some RM40mil in sales a year.

However, the bakery industry is a very competitive one and the company has been working hard to keep innovating so that it remains competitive. The company regularly invests in research and development to improve on its products and production methods. 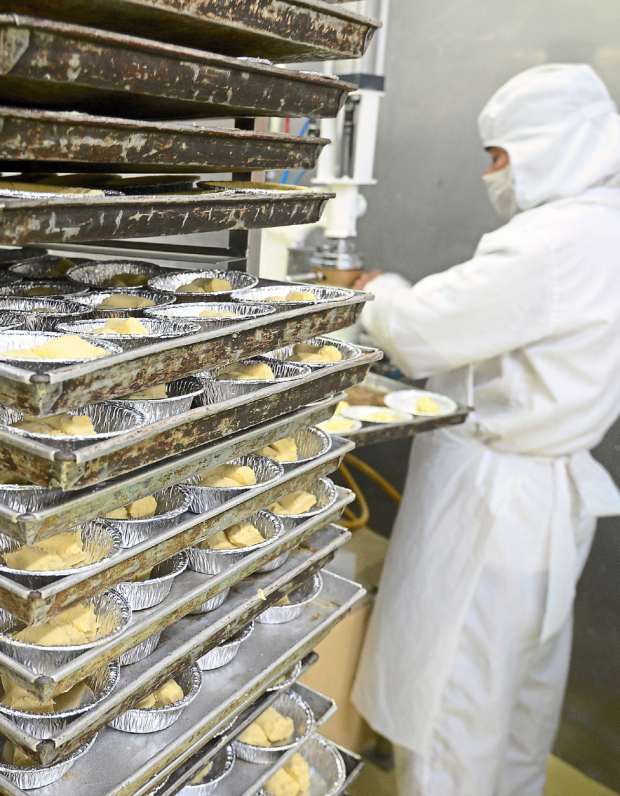 Ready to bake: Workers at Sydney Cake House’s manufacturing base in Shah Alam prepping the dough to
make tarts.

Chuang’s entrepreneurial journey was recently recognised in The Star Outstanding Business Awards (SOBA) 2014 where she was named the Entrepreneur of the Year.

“It is a wonderful recognition for all our efforts. It is an award we are proud to have and we encourage more SMEs to participate in the awards to know where they stand in their industry.

“As we were preparing our submission for this year, we also had the opportunity to reflect and examine our strengths and weaknesses to be better and to grow stronger,” she said.

Sydney Cake House is also looking at expanding into the franchising business to set up kiosks to serve consumers directly. Sydney Cake House currently has four kiosks with two more in the pipeline this year. Chuang is targeting some 10 outlets a year.

Sydney Cake House has also invested some RM10mil in a new facility in Pulau Indah, Klang to support its growth. The new plant is expected to start operations in about three to four months time.

Chuang hopes to see Sydney Cake House grow into a giant some day with annual sales topping RM100mil by 2019.

Having been in the business for 30 years, she explained that her role in the company had evolved.

“Now my job is more to train and facilitate the team at Sydney Cake House. We have a very good team and very good talent in the house and there needs to be a progressive journey for everyone to grow with the company.

“So we have been working with a succession plan over the last few years and things are in place to ensure that the company continues to go on,” she said.